(Reuters) – Albemarle Corp (ALB.N) said on Thursday it was interested in buying all or part of Tianqi Lithium Corp’s (002466.SZ) controlling stake in Australia’s Greenbushes, the world’s largest lithium mine. 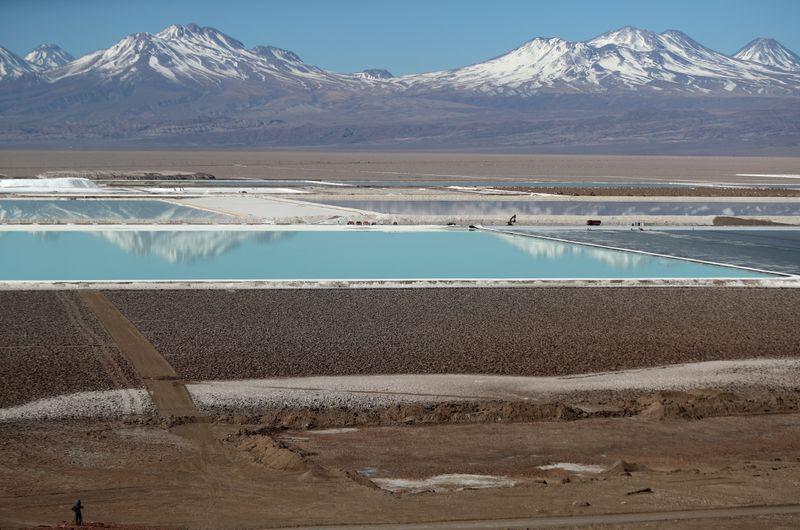 Already the world’s largest producer of lithium for electric vehicle batteries, Charlotte, North Carolina-based Albemarle would cement its control over the global market for the white metal were it to take control of Greenbushes, a hard rock lithium mine.

Chengdu, China-based Tianqi, which owns 51 percent of Greenbushes to Albemarle’s 49 percent, said last month it was exploring selling equity and assets, including Greenbushes, to cut debt.

Albemarle has the right of first refusal over any stake sale, putting it in prime position over rivals Rio Tinto Plc (RIO.L) and Wesfarmers Ltd (WES.AX), which have been seen as potential Greenbushes bidders.

“We’re interested in it. We’re following it, but we’re also mindful of the current market environment,” Albemarle Chief Executive Kent Masters told investors on a Thursday conference call, adding there would be “more to come” from the company.

“We know that the Chinese government will probably have influence on where that asset ends up,” Masters said.

Shares of Albemarle rose 5.4 percent to $61.03 in Thursday afternoon trading on the New York Stock Exchange.

Tianqi did not immediately respond to a request for comment in overnight hours.

Albemarle has an investment-grade credit rating and $1.7 billion in liquidity, potent tools for any large-scale acquisition. Masters said, though, that his top priority was maintaining the company’s dividend.

Lithium is most commonly found in brine and hard rock. Albemarle already operates in Chile’s Atacama desert, the world’s largest source of lithium from brine.

By taking over Greenbushes, Albemarle would gain control over another cheap source of the white metal, and one far closer to Chinese customers than Chilean operations.

“We expect that they’ll meet that plan, and we have actions that we’ve put in place to mitigate, if, for some reason, they don’t meet the plan,” Masters said.

Albemarle posted better-than-expected quarterly results on Wednesday, but cut its 2020 budget and pulled its annual forecast as sales drop amid the coronavirus pandemic.