Home » Analysis & Comment » COMMENTARY: How this U.S. election compares to other tumultuous votes

Sharp-eyed 20/20 vision has been hard to maintain in the maelstrom of 2020, with daily fears and passions often clouding analysis.

Here’s one helpful tool on one high-profile event; as the American presidential campaign concludes, a measure of depth and context can be applied to the chaos by comparing the Donald Trump-Joe Biden battle to tumultuous U.S. elections of the past.

Americans have been whiplashed by crises in 2020. The COVID-19 cyclone alone has been traumatic. There have been well over 200,000 deaths (and counting); staggering economic damage, including layoffs and business failures; and mental health challenges (for example, a record number of deadly opioid overdoses) — to name just a handful of the pandemic-fuelled tribulations.

Add in compounding stresses like flareups in racial tensions and urban protests against systemic racism. Wrap everything up in an election year that never promised calm waters thanks to Trump’s voracious appetite for provocation on immigration, taxes, health care and a host of other issues.

The hypnotic grasp of the daily news cycle has been further intensified by the president’s behaviour since his positive COVID-19 diagnosis. The coronavirus has invaded the White House and its occupants have had no qualms about sharing it.

Given Trump’s simultaneous refusal to pledge he’ll accept the results of the election, it’s tempting to see a Game of Thrones-like scenario unfolding. For those familiar with the television version of the George R.R. Martin saga, the Sept. 26 Rose Garden celebration of Amy Coney Barrett’s Supreme Court nomination became something of a Red Wedding moment when a horde of participants were felled, at least temporarily, by COVID-19.

Fast forward to a Nov. 3 Battle of Winterfell, with the president, his “stand by” Proud Boys, and loyal Republican “white walkers” gearing up for combat.

Americans have been here before

And yet for all the current chaos, the United States has experienced moments like this before — and an awareness of this history could help put 2020 into perspective.

The 1824 election is an early example of problematic volatility in American political history. There were four major candidates, all self-identified as members of a crumbling Democratic-Republican Party. One nominee was disabled by a stroke, but remained in the race — and the election was thrown into the House of Representatives when no candidate received a majority in the Electoral College.

Matters then went from bad to worse. Andrew Jackson, leading strongly in the popular vote, was denied victory when Henry Clay (who had placed fourth in the popular vote) threw his support to John Quincy Adams. Jackson supporters saw a “corrupt bargain” as Adams then named “Judas” Clay as his secretary of state. 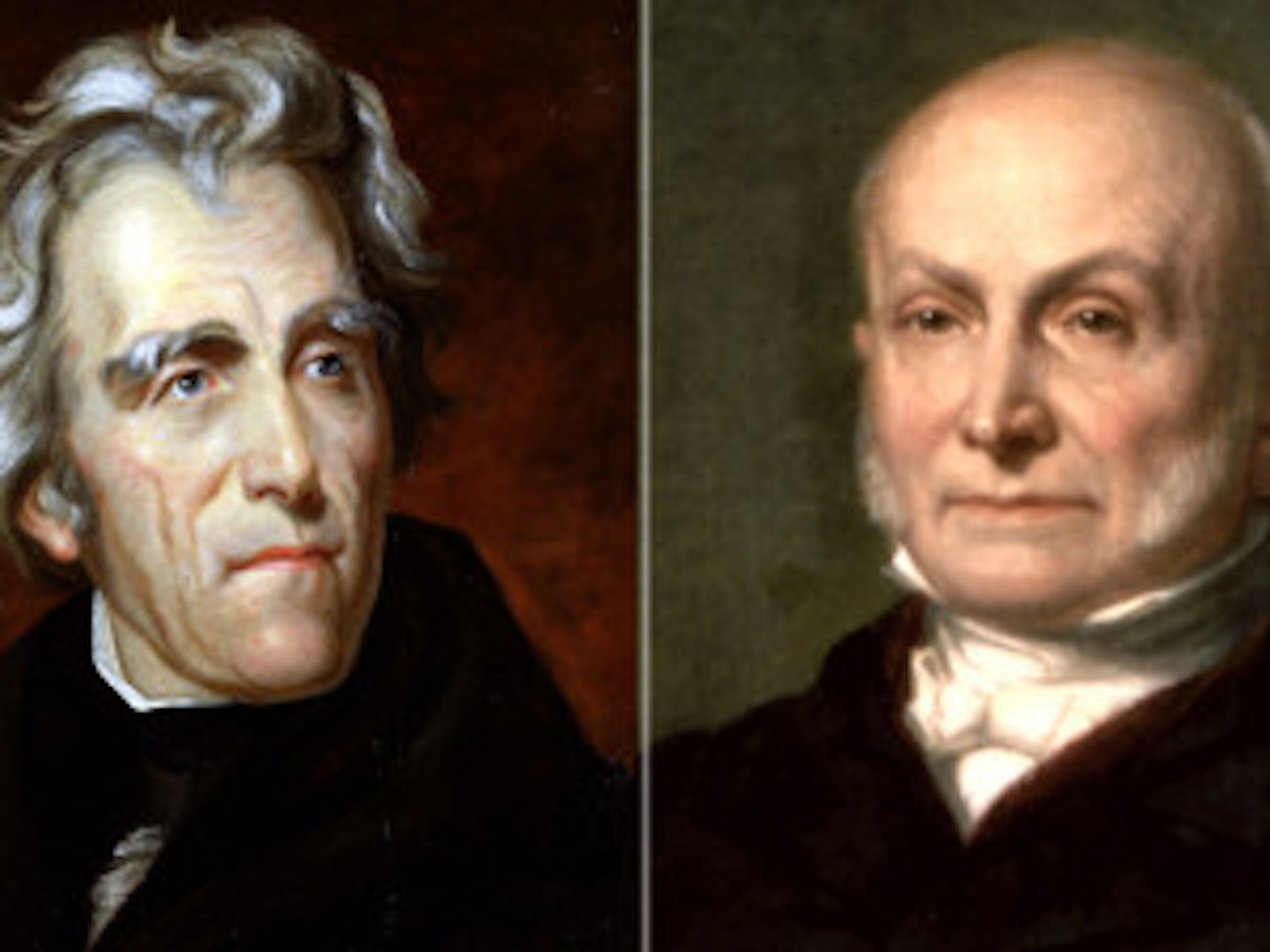 Vitriolic campaigning never let up on the road to the 1828 election. Jackson was castigated as a drunk adulterer married to a bigamist; Adams was denounced as an effete “academician” wearing silk underwear. Adams’ wife was also accused of being born out of wedlock.

COMMENTARY: Here is how the winner of the U.S. election actually gets formally declared

Adams’ presidency was often hamstrung by 1824’s fallout. In 1860, the U.S. election had exponentially more disastrous results. Bad went not just to worse, but to hell.

Abraham Lincoln and the Republicans won, but the U.S. Civil War was the result as southern states moved to secede. The devastation of the four-year struggle was unparalleled in American experience — and remains so. “Immense the butcher’s bill has been,” wrote young Lieut. Oliver Wendell Holmes, Jr., his thoughts echoed by many others as the death toll climbed to 750,000.

Lincoln’s election, of course, was not the root cause of the Civil War — though he was denounced as “that damned long-armed ape” in some quarters. The 1860 vote, on the contrary, provides an example of the way a troubled election, then and now, can be a symptom of deeper volatility; in this case, a symbol of the profound tensions emanating from issues like slavery and sectional struggles over government policies for economic development.

So does the election of 1968 — another event that unfolded as volcanic tremors shook American society. Protests spurred by the Vietnam War drove Lyndon Johnson into retirement; there were riots in more than 100 cities amid the civil rights movement; the assassinations of Robert Kennedy and Martin Luther King Jr. stoked outrage, grief and anxiety.

Richard Nixon and the Republicans forged a winning campaign strategy that paired “law and order” (the very words back in play in 2020) with a “secret plan” to end the Vietnam ordeal.

That was accompanied by a “southern strategy” designed to bring white voters into the GOP (an approach that remains a party mainstay).

ANALYSIS: Donald Trump’s 2020 strategy has echoes of Republican campaigns past 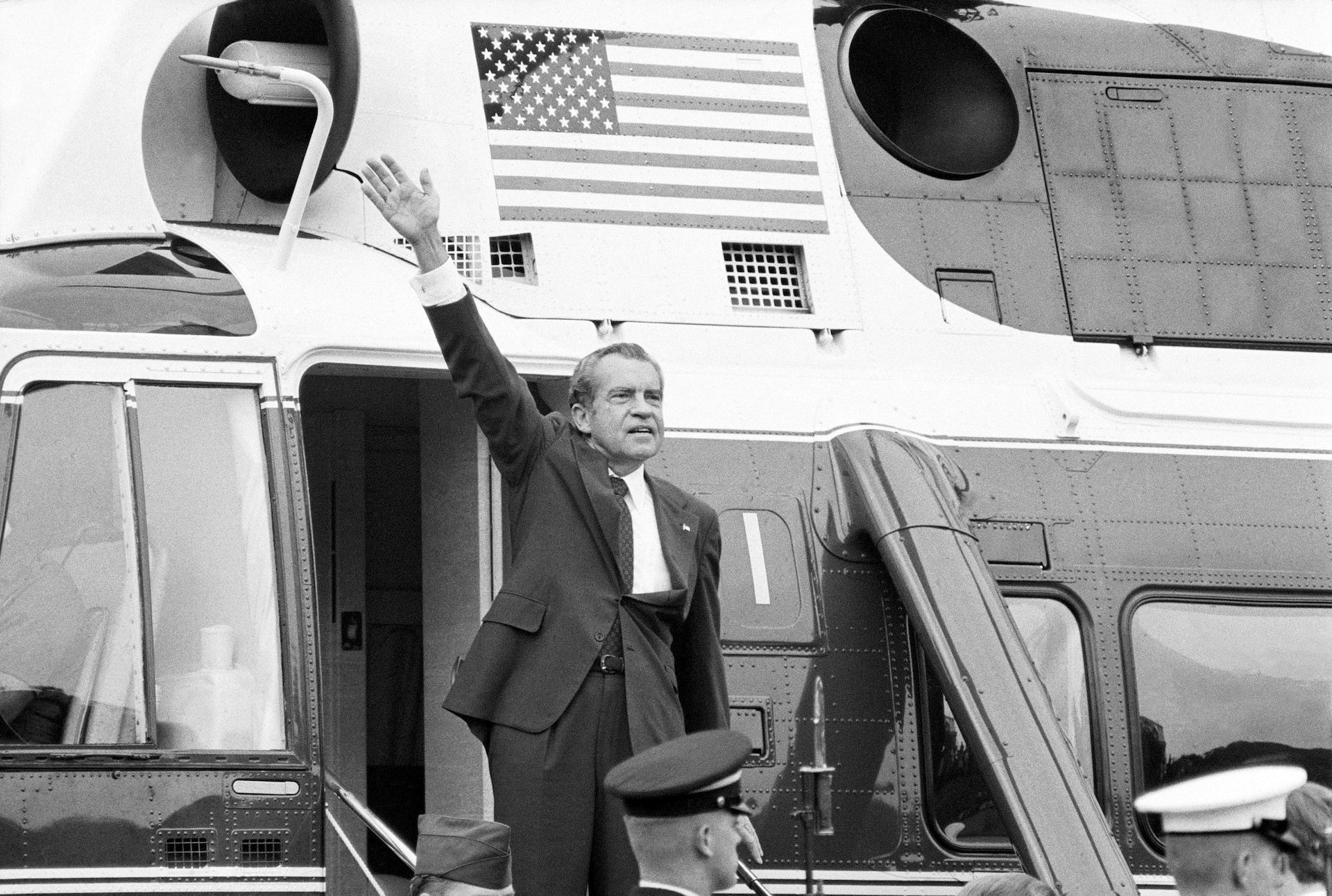 There have been other volatile elections: 1800, 1912, 1952, 2000 and 2016, for example. Their disruptive tensions have taken their toll. Tooth-and-nail presidential battles have sometimes been followed by terrible consequences — including the horrors of the Civil War (and Iraq) and the resistance to social and economic reforms that regularly tarnished the country’s post-Depression and post-Great Society history.

The heavy weight of the past

Of equal importance, especially as the challenges of 2020 are contemplated, is the sheer burdensome weight of the past. Weaknesses in political processes are as old as the U.S. Constitution itself (including the periodic failure of “checks and balances” or the monkey wrenches lurking in the Electoral College).

The racism that poisoned the atmosphere in 1860 has remained tragically potent ever since — just as it was before the Civil War, of course. It’s impossible to pinpoint the origins of other inequities still plaguing American society, straining the safety and limiting the opportunities of women, people of colour, the poor, LGBTQ2 citizens and the disabled.

Whatever the woeful permutations of 2020 to date, this troubled election is again serving as a symptom and a symbol of a troubled society. Barack Obama was elected in 2008 on a wave of “hope and change,” and yet amid the tumult 2020, that optimism seems a distant memory. Whatever this year’s immediate outcomes, history suggests anything but a quick resolution to deeply rooted problems.

This article is republished from The Conversation under a Creative Commons licence. Read the original article.