Paul Manafort, while managing Donald Trump’s 2016 election campaign, is accused of passing private polling data to his Russia business partner, a man with alleged ties to Russian intelligence. This new information, revealed in an unsealed court filing, is likely to stoke the case in Congress for increased sanctions against Russia. Equally importantly, the reverberations will be felt in Moscow, where anger and frustration over the impact of U.S. sanctions – and by implication Vladimir Putin’s leadership – is increasing. 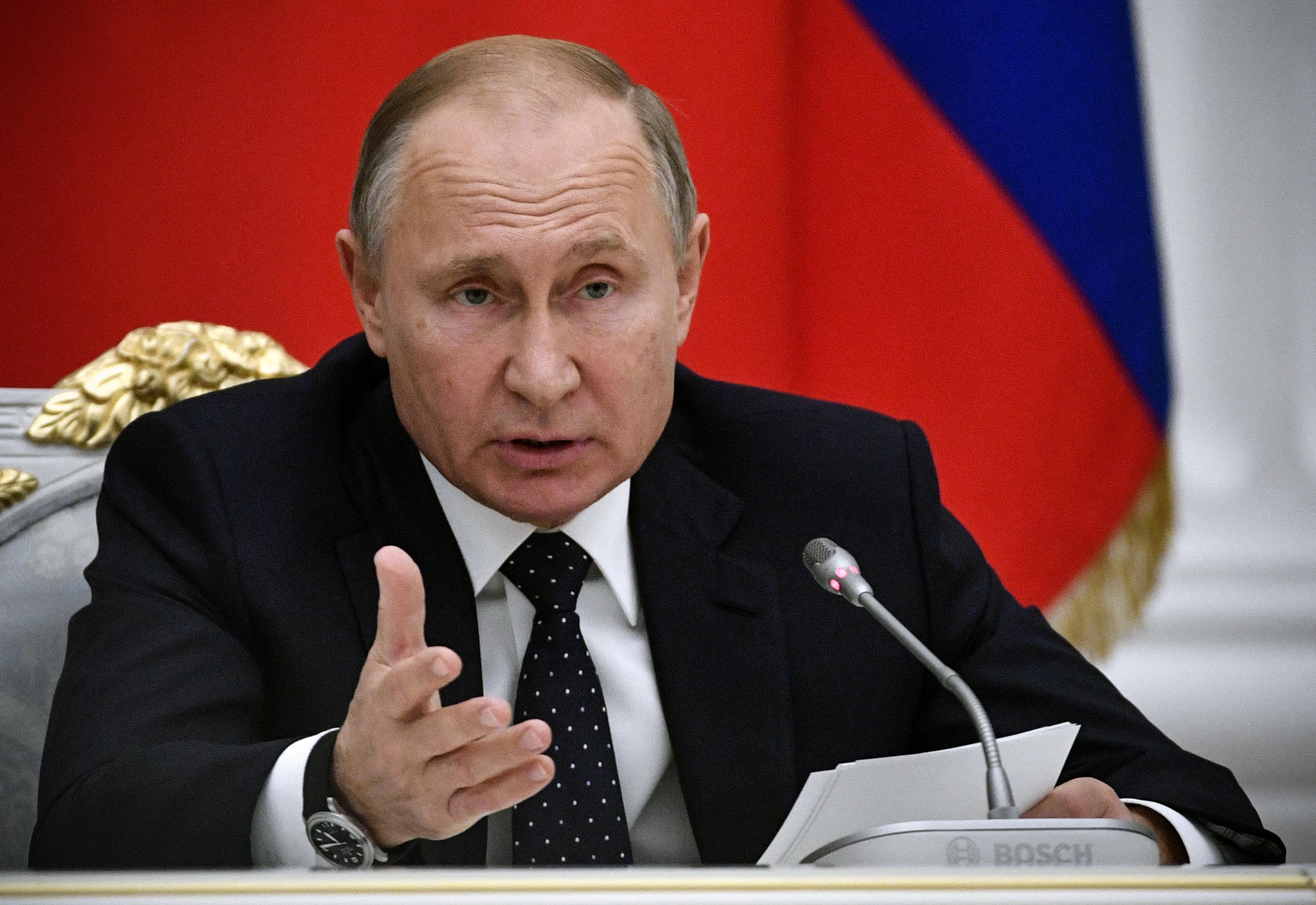 Putin’s focus, in the face of sanctions, has been to increase nationalist rhetoric and defiance of U.S. power. One element of his retaliatory policy is minimizing or eliminating use of the dollar, part of reducing what he sees as dependence on U.S. financial institutions. But it is a dangerous policy for Russian companies operating internationally, given how widely the dollar is used to settle everything from oil and gas sales to major trade contracts. Instead of helping Russian companies, Putin’s policies are so bad for business that several heavyweights in the Russian financial world have begun to take the rare step of publicly examining the risks of his approach.

One of the most respected voices in Russian finance, Oleg Vyugin, warned Putin last fall about “de-dollarization,” citing the increased transaction costs it would impose on Russian businesses involved in dollar-denominated trade. Vyugin, an architect of Russia’s securities markets and chairman of a major private bank, makes a pragmatic argument – if most of the world’s companies use dollars in writing trade contracts, Russian companies will need to add an additional foreign exchange transaction to complete a sale if dollars have been banned by the Kremlin. That’s expensive and time consuming, and will cost Russian companies business.

The same case was recently raised more dramatically by another authoritative Russian voice. Sergei Dubinin, a former Central Bank chairman and member of the board of VTB Bank, said the prospect of additional U.S. sanctions is “destroying the business climate” in Russia. This is not the message Putin wants to hear. His administration has downplayed the impact of sanctions, and even argued there are benefits to Russian companies from their increasingly isolated sphere of activity.

Sergei Guriev, chief economist of the London-based European Bank for Reconstruction and Development, added more fuel to the fire when he told Russia’s main business newspaper, Vedomosti, that “Russia is much more corrupt than one would expect, given its level of development and even more so the level of education.”

Voicing opposition to government policies in Russia is not easy. The state controls all the TV networks and is increasing its control over social media as well. And thanks to a 2015 law forbidding foreign ownership of more than 20 percent of print media, Russian newspapers have had to learn self-censorship. For example, RBC, a Russian business publication, described Manafort’s data as ”sociological polls” and buried the Manafort disclosures in an article about Ukrainians attending Trump’s inauguration. A pro-Kremlin paper under the headline “Did Manafort Cooperate with Russian Intelligence Sources?” described the data as “social opinion polls conducted by the Republican Party.” Without the context of how Russia used a targeted social media disinformation campaign during the U.S. presidential campaign, “opinion polls” sound benign and trivial.

The state-controlled media aimed at Western audiences – Russia Today, Sputnik – are more brazen in their coverage. An initial New York Times reporting error about who was said to have received information from Manafort, promptly corrected, became the focus of the story. Two Ukrainian oligarchs, not Putin confidant Oleg Deripaska, had received the data through Manafort’s business partner Konstantin Kilimnik. Both Russian outlets failed to point out that the Ukrainians involved are closely aligned with Russia (and therefore an excellent transmission belt to Russia), making the story another example of Russophobia.

Vedomosti (“The Record”) has given a platform to Vyugin, Dubinin and Guriev to raise warnings to the Kremlin. Founded as a joint venture by the Wall Street Journal and the Financial Times, it became Russian-owned under the ban on majority foreign ownership in 2015. Its owner, Demyan Kudryavtsev, came of age in the period of the Soviet collapse and, Zelig-like, appeared in countless roles: a close associate of oligarch Boris Berezovsky; an activist in Ukraine’s Orange Revolution; an internet entrepreneur; and general manager of another major Russian paper.

A recent exchange with American lawyers relayed by Dubinin in the Vedomosti article highlights the scale of Putin’s political risk. Dubinin asked what would happen to the U.S. dollar deposits held by ordinary Russians if U.S. banks were forbidden to transact with Russian banks. As a central banker, he understands that all dollar bank accounts in Russia would be frozen by such an act. The lawyers, he said, indicated there are two schools of U.S. thought. One camp believes the harshest sanctions will increase the pressure on the Russian government; the other wants to spare the general population. The decision on which will prevail, Dubinin believes, will be “political.”

The tone of politics is not on Putin’s side at the moment. As the complicity between Manafort and other Trump associates continues to surface, the sanctions are likely to tighten, further jeopardizing Russian companies. Trump, it turns out, cannot be as helpful as Putin might have hoped. Instead of recognizing Russia’s Crimea annexation, Congress forced the U.S. president to increase sanctions. Though his election was met with champagne toasts in the Russian parliament, a Russian commentator recently referred to Trump as a “rock hanging around Russia’s neck.”

The possibility of further revelations of complicity between Russian intelligence and Trump associates augurs badly for any sanctions relief from Washington. The question now is how Putin will respond. Will he continue to tell his oligarch friends to support a retreat into financial isolation? Or will he recognize that his political survival depends on accepting the reality that Russia is part of global financial markets?

Dubinin, for his part, says he’s closed his dollar account. He also warns that a Soviet-style “closed economy” will result in “stagnant technologies and lines for food.” Not a prospect that is likely to warm the average Russian’s heart to the all-powerful leader.