Home » Analysis & Comment » Living with Covid-19: Coming to grips with our anger and angst

They call it ennui.

You know, that lingering mix of feelings of listlessness and tedium, of being adrift, bereft of neither a sense of anticipation, nor agency to shake the malaise off.

In Singapore, we have a fine local equivalent for this French expression – xian – which just about sums up the sense of collective weariness over a pandemic that has loomed longer than most had imagined.

There seems to be much of this in the air right now, judging by how closely the daily digest of grim numbers is watched and how eagerly news of even the slightest easing of the brakes on social distancing is lapped up, followed by the inevitable dash to travel agents and restaurants. People need diversions.

Some recent polls suggest that about a quarter of the population now lives in a Fomo (or fear of missing out) state, yearning to throw off virus-related restrictions, and rush ahead to some semblance of normal business and social life.

A separate quarter, more nervous about rising infection and death rates, chafes at the folly of such cavalier actions.

The remaining half hovers somewhere in between, looking for cues from the authorities which, as everyone in Singapore knows, are both the perennial source and solution to just about all of life’s challenges.

Moods swing. From day to day and month to month.

Singapore, after all, has gone from being poster boy to the one who tripped up in its fight against Covid-19, and back and forth again, as infection numbers fluctuated. It is not alone. Around the world, people have found themselves hustled on to similarly enervating roller-coaster rides.

And as the days of virus-induced suspended animation drag on, everyone wants someone to blame: lashing out at foreigners for bringing in the bug, or social distancing officers doing their jobs to enforce the rules, or the politicians making these up and changing them ever so often.

Yet, this anger and angst are both misguided and misdirected.

They stem perhaps from a combustible brew of deep-seated emotions – resentment and resistance to the notion that this gleaming city state, with its world-class healthcare system might be forced to grind to a halt by a nasty little bug. Add to that the latent sense of Singaporean exceptionalism, fuelling hopes that this city will be the first to beat the virus, shake off restrictions and streak ahead of its rivals. 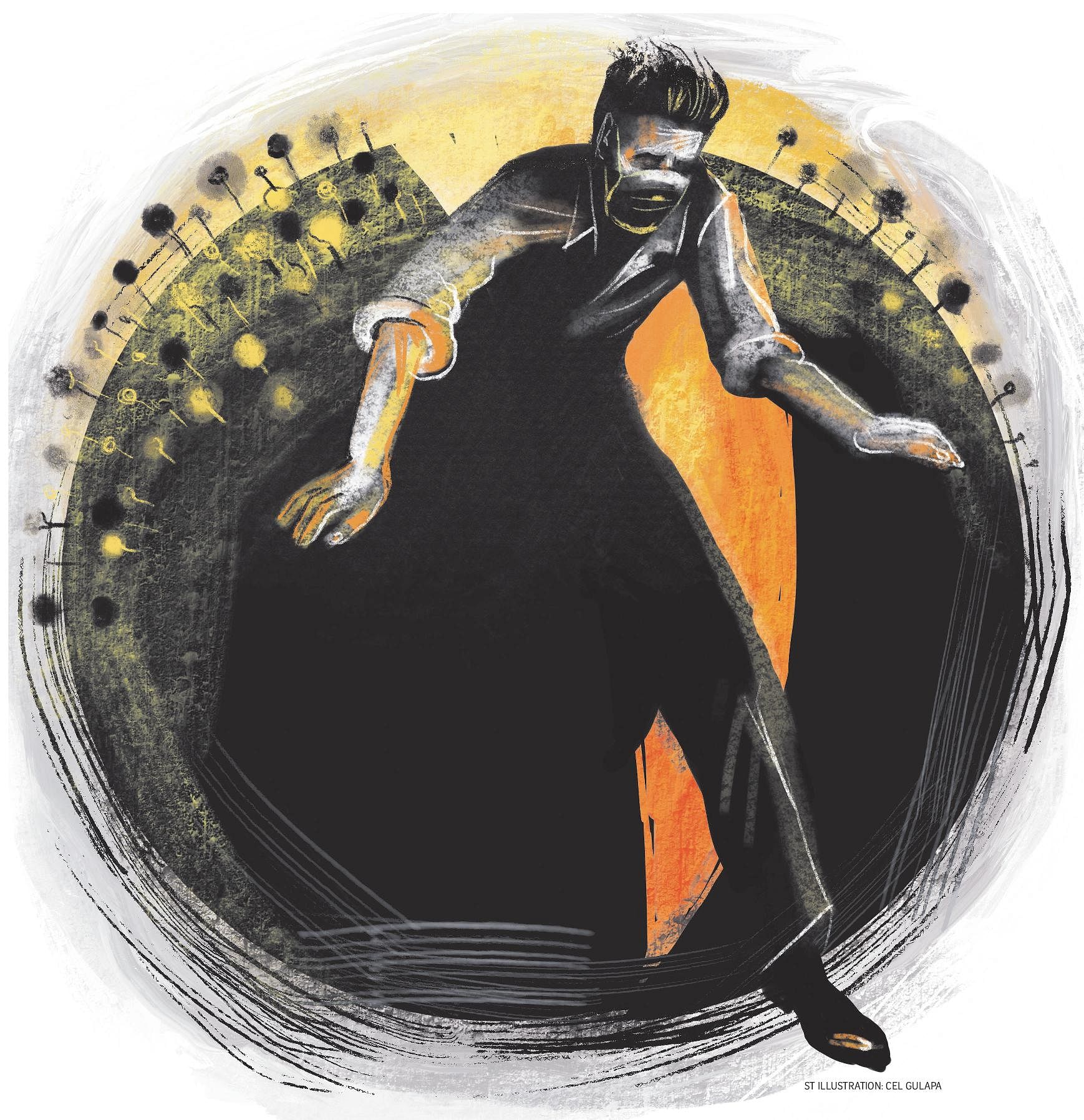 Alas, it has not quite turned out that way. In the face of a planet-wide pandemic, Covid-19 has forced us, and people everywhere, to face up to our shared human vulnerability.

The virus is indifferent to status, rank or position, striking regardless of race, language or religion. It does not care if you are battle ready or exhausted, rich or poor, or whether we carry a red, blue or maroon passport. It takes no note of festivals or cultural traditions, or just how badly you or the kids might need a holiday.

Its mission is simple and single-minded: replicate. Give it half a chance, and it will.

Wily Covid-19 has had a few tricks up its sleeves. It can spread, adapt, mutate. It is able to break through vaccine barriers and exploit the human folly of those who refuse to get protected.

Quite possibly, as some experts warn, it may well have more surprises in store for us.

Winter is coming. Already, there are signs of a new seasonal spike in some countries. Irony of ironies, these have lately been putting Singapore back on their virus watch lists, just as we might have to do too before long, repeating the whole easing-up-and-tightening rigmarole.

Where does this all end? Well, herein perhaps lies the most morale-sapping realisation of all – which compounds everyone’s frustration – that there might simply be no end.

For all the world’s efforts to defeat it, Covid-19 is here to stay. The best we can do is learn to live with it, shield against it through boosters and, hopefully, new medicines, and try to mitigate its impact, even while acknowledging that there will be more infections and yes, sadly, deaths.

Against this grim reality, we know too that we have to get on with the business of life. Both fragile and fleeting, life is too precious to be put on hold interminably. With each passing day, you either use it or lose it.

Perhaps attuned to this darkening public mood, the political mantra of the day seems to be this: We will get through this; this too will pass.

Yes, of course. But the questions on many minds are these: when, and in what shape? What will remain, and what would have changed forever?

For some insight, we might turn not only to the experiences of people grappling with similar challenges worldwide, but also great books on pandemics past, looking back to the future, so to speak. Such accounts, both fact and fiction, abound. From Daniel Defoe’s A Journal Of The Plague Year, which chronicled the 1665 bubonic plague, to Giovanni Boccaccio’s The Decameron, set in 14th-century Florence, as it reeled from the Black Death, to the 1947 allegorical novel, The Plague, by Nobel Prize winner Albert Camus.

Writing in The Guardian in May last year, novelist Marcel Theroux noted: “The primary lesson of plague literature, from Thucydides onwards, is how predictably humans respond to such crises. Over millennia, there has been a consistent pattern to behaviour during epidemics: the hoarding, the panicking, the fear, the blaming, the superstition, the selfishness, the surprising heroism, the fixation with the numbers of the reported dead, the boredom during quarantine.”

In a similar vein, Los Angeles Times writer Stephen Metcalf recounts how the characters in Camus’ book had subordinated “every aspect of life to business (sound familiar?), and this has left them unprepared for something as indifferent to human needs and desires as a pestilence”.

“Like Winston in (George Orwell’s) 1984, Rieux, the doctor at the heart of the story, is engaged in a constantly losing struggle to assert himself as the protagonist of his own story. There is no action in the novel that is not initiated by the plague itself – in a sense, disease is the only real actor here.”

An epidemic, it turns out, “is a shrewd, unflagging adversary; a skilled organiser, doing his work thoroughly and well”.

Ultimately, the books – and the pandemics – draw to an end.

As The Guardian’s Mr Theroux notes: “That’s the actual good news that these books bring. The epidemic always passes. The majority of people survive. Thucydides himself had it and recovered. ‘I shall simply tell it as it happened … and describe the features of the disease which will give anyone who studies them some prior knowledge to enable recognition should it ever strike again’.”

The end sometimes comes suddenly, inexplicably, as “people of the town inch toward what they call ‘a return to normal life’, like animals emerging from a cave after a storm”, as Camus puts it.

At its close, the narrator in The Plague unmasks himself.

He reveals that he is a doctor, who has decided to tell his story of how the people of his town suffered “so that some memorial of the injustice and outrage done to them might endure”.

Beyond that, he also wished “to state quite simply what we learn in a time of pestilence: that there are more things to admire in men than to despise”.

Perhaps that is our best balm in these trying times. To accept, and assert, our common humanity, with a little more humility and a lot more patience.

And try perhaps to be a little kinder to ourselves and others around us.

Just like people everywhere, and through the ages, there’s no running away from the toll a pandemic will exact on us. We must try as hard as we might to minimise it. But after the denial and disbelief, the anger and resentment, the deaths and resignation, must come at last, acceptance, and some respite from our grief.

Yes, this too will pass, eventually, even as we are changed forever.

Resistance, resentment and recrimination are futile, and only add to our collective melancholy.

As the saying attributed to the Buddha goes: “You can only lose what you cling to.”