NASHVILLE — There are too many ways for a house to be empty when a dog doesn’t live there. A hundred ways. A thousand ways. A crumb dropped or a splatter spilled is just a mess to clean up, not a wonderful surprise for a creature who lives in open anticipation of wonder. A door is just the way into an empty house, not the entrance to a party where everyone has been waiting for you far longer than they could bear.

I feel this emptiness acutely because we just had to say goodbye to our little rescue dog, Millie. Her epilepsy, well controlled with medication for more than a year, suddenly entered a catastrophic new stage. She suffered seizure after seizure after seizure, near constant seizures at the end, despite two overnight trips to the emergency vet for IV anticonvulsants, despite two new oral medications, despite consultation with a veterinary neurologist. Two weeks later, I am still in shock. She was only 3. I believed she would be a part of our family for another decade.

The week after Millie died and left this house too still and too quiet, two dogs with pricked ears and lolling tongues moved into the White House and filled it with wagging. I studied the photos of Champ and Major through tears. Is there anything more heart-lifting than the sight of a dog running toward its person across an expanse of grass? Is there anything more desolate than a home where no warm creature leaps up to greet you with wiggles and a thumping tail? 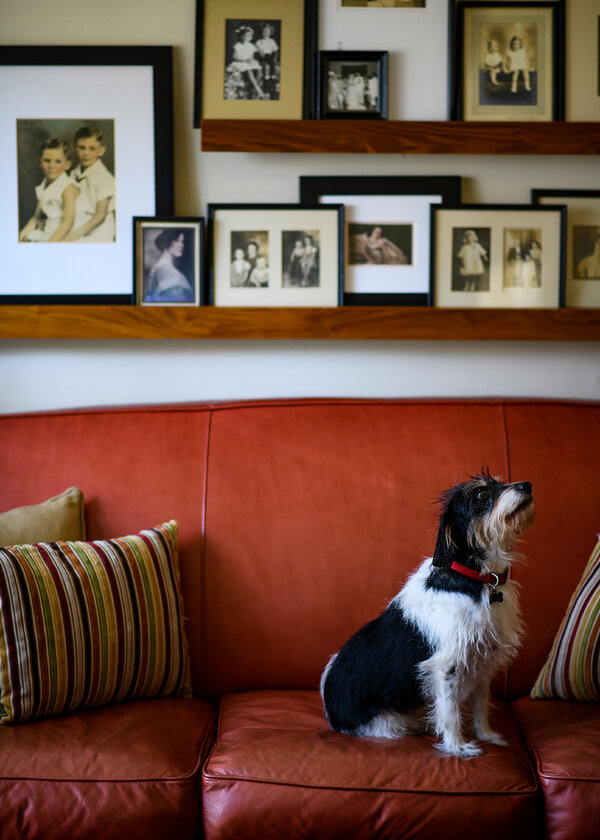 Of course there is: There will always be greater joys and, as we have learned too well this pandemic year, far greater losses. But knowing those truths doesn’t offer any solace to a newly lonely house.

Not everyone feels the absence of a dog as an emptiness to be mourned. Donald Trump famously does not have a pet of any kind, even knowing the political benefits of pet ownership. (For him, having a dog would feel “a little phony,” he once explained.) Shortly after the 2016 election, a friend offered Mr. Trump a goldendoodle puppy named Patton to make the transition to the White House easier for his 10-year-old son, Barron. Patton never joined the family.

Mr. Trump’s presidency was the first time in more than 150 years that a pet of some kind didn’t live in the White House. Most were dogs or cats, but not all. Theodore Roosevelt kept a garter snake and a one-legged rooster. Calvin Coolidge had a raccoon named Rebecca. Later, Herbert Hoover’s pet opossum, Billy, moved into Rebecca’s digs.

The Bidens have Champ and Major, German shepherds. Champ came from a breeder in 2008. Ten years later, Major was adopted from the Delaware Humane Association; he will be the first shelter dog to live in the White House. The day Champ and Major moved in, media covered them as national news.

Unlike his predecessor, President Biden recognizes a heartwarming photo op when he sees one and has been known to deploy his dogs as campaign props. I am confident of our new president’s genuine warmth and humanity, but I’m not so sure it’s fair to assume that sharing a home with a companion animal is always the sign of a good person. President Vladimir Putin of Russia, after all, is frequently photographed snuggling with dogs.

On the other hand, I do believe that dogs can make us better people if we are open to what they can teach us.

From Clark, the mixed-breed ultrashedder who helped us raise our children, I learned that loyalty and love will always matter more than a tidy house and unchewed shoes. From Emma, the dachshund-shaped comedian we inherited when my mother died unexpectedly, I learned that laughter can come very close to healing a broken heart. From sweet, grateful Millie, the traumatized terrier mix we adopted two and a half years ago, I learned that love will never erase the memory of cruelty, but also that love and patience and time, together, can sometimes make up for it.

In time, I know, we will find another rescue dog who needs us and whom we need, but that dog will not replace any of the others we have lost. I carry them all with me, always. Even when the grief eases and the house no longer echoes with absence, I will carry them with me. That’s the nature of being changed: For both good and bad, you remember what you learned.

If we are wise, our country, too, will remember the pain of the wrecking-ball presidency we barely survived. We will remember what it cost us in civic trust, in the connection of community, in human lives. But if we are lucky, we will also move into the future with hope in what the new White House dogs represent.

It would be wrong to reduce Champ and Major to symbols. It is enough for them to be loyal companions and reliable comforts to a good man doing the hardest job in the world at a terrible time in history. For us, too, it is enough to know, as Jennifer Finney Boylan put it, “that the decisions he makes have been guided, in at least some small measure, by the tenderness and grace of dogs.”

But perhaps it’s not entirely wrong for Champ and Major to give us hope that compassion and kindness and loyalty and love have truly returned to the People’s House. And to hope it’s not too late for them to return to the nation, too.

Margaret Renkl is a contributing Opinion writer who covers flora, fauna, politics and culture in the American South. She is the author of “Late Migrations: A Natural History of Love and Loss” and the forthcoming “Graceland, At Last: And Other Essays From The New York Times.”