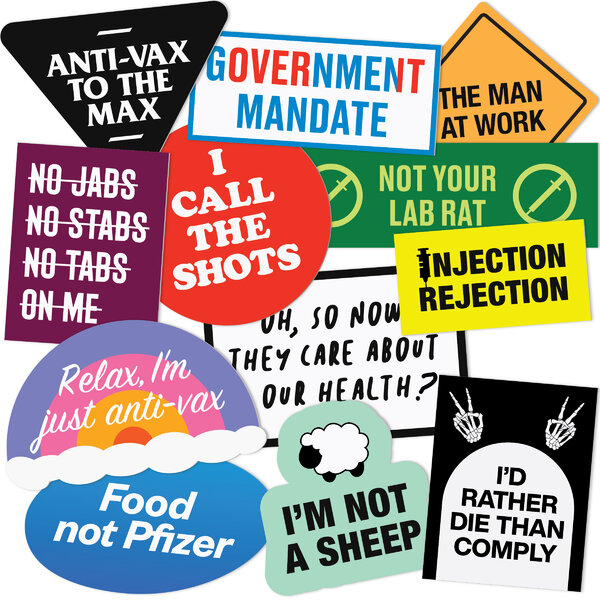 By Anita Sreedhar and Anand Gopal

Dr. Sreedhar is a primary care physician working in the Bronx, New York. Mr. Gopal is a journalist and a professor at Arizona State University. The authors research vaccine hesitancy and access around the world.

Robert Steed knew the toll Covid-19 had taken on the South Bronx, where he’d lived most of his life. There were longtime tenants who’d succumbed to the disease. There were the ambulances that would pull up to the drab brick apartment buildings of St. Mary’s Park Houses, the public housing complex where he’d grown up. The posters pasted near the elevators, urging residents to get vaccinated. But he wouldn’t go near the vaccine.

“I’m not going to listen to what the government says,” he told friends. While he was down South working at a Waffle House, he tested positive for Covid. He decided he’d fight the disease himself; after all, he was only 41, rail thin and had no underlying conditions. But when his girlfriend didn’t hear from him for a few days in October, his friends said authorities forced their way into his apartment — and discovered his body. The death shook his friends and former neighbors at St. Mary’s Park Houses, but even as they mourned, many had made up their minds: They would not get vaccinated.

About 70 percent of American adults are now fully immunized, but in pockets around the country — from the rural South to predominately Black and brown neighborhoods in large cities — vaccine hesitancy remains a stubborn obstacle to defeating the pandemic. And it’s not just in the United States: In 2019, the World Health Organization declared vaccine hesitancy one of the 10 threats to global health. With persistent vaccine avoidance and unequal access to vaccines, unvaccinated pockets could act as reservoirs for the virus, allowing for the spread of new variants like Omicron.

The world needs to address the root causes of vaccine hesitancy. We can’t go on believing that the issue can be solved simply by flooding skeptical communities with public service announcements or hectoring people to “believe in science.”

One of us is a primary care physician with a degree in public health, working in the Bronx, and the other a sociologist assisting international institutions to support polio and Covid vaccination in underdeveloped countries (as well as a journalist covering conflict). For the past five years, we’ve conducted surveys and focus groups abroad and interviewed residents of the Bronx to better understand vaccine avoidance. We’ve found that people who reject vaccines are not necessarily less scientifically literate or less well-informed than those who don’t. Instead, hesitancy reflects a transformation of our core beliefs about what we owe one another.

Over the past four decades, governments have slashed budgets and privatized basic services. This has two important consequences for public health. First, people are unlikely to trust institutions that do little for them. And second, public health is no longer viewed as a collective endeavor, based on the principle of social solidarity and mutual obligation. People are conditioned to believe they’re on their own and responsible only for themselves. That means an important source of vaccine hesitancy is the erosion of the idea of a common good.

One of the most striking examples of this transformation is in the United States, where anti-vaccination attitudes have been growing for decades. For Covid-19, commentators have chalked up vaccine distrust to everything from online misinformation campaigns, to our tribal political culture, to a fear of needles. Race has been highlighted in particular: In the early months of the vaccine rollout, white Americans were twice as likely as Black Americans to get vaccinated. Dr. Anthony Fauci pointed to the long shadow of racism on our country’s medical institutions, like the notorious Tuskegee syphilis trials, while others emphasized the negative experiences of Black and Latinos in the examination room. These views are not wrong; compared to white Americans, communities of color do experience the American health care system differently. But a closer look at the data reveals a more complicated picture.