Home » Analysis & Comment » Opinion | Can the Unvaccinated Be Persuaded? 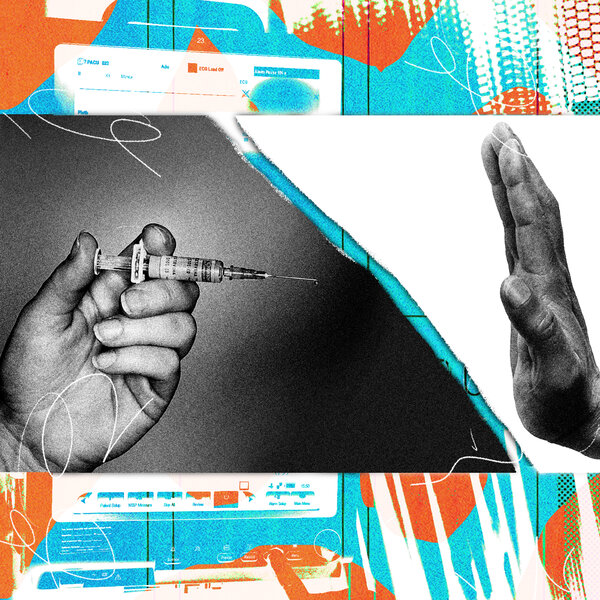 Mr. Bokat-Lindell is a staff editor.

This article is part of the Debatable newsletter. You can sign up here to receive it on Tuesdays and Thursdays.

On Tuesday, New York City became the first American city to follow the lead of several European countries in announcing a vaccine mandate for the general public: Starting in mid-September, people will have to show proof of vaccination before entering indoor venues, including restaurants, gyms and performance spaces.

“If you want to participate in society fully, you’ve got to get vaccinated,” Mayor Bill de Blasio said. “It’s time.”

Whether the rest of the United States will follow suit remains an open question. In much of the country, employment-based vaccine mandates are only just gaining momentum, and some states have enacted prohibitions on government-issued ones.

Can the unvaccinated be persuaded, and not just coerced, to get a shot? And who exactly are they? Here’s what people are saying.

The unvaccinated are not a monolith

As The Atlantic's Ed Yong notes, the unvaccinated are not all anti-vaxxers, and it hinders the national vaccine effort to conflate the two. “Their vulnerability to Covid-19 is the only thing that unvaccinated people universally share,” he writes. “They are disparate in almost every way that matters, including why they haven’t yet been vaccinated and what it might take to persuade them.”

A closer look: About 93 million Americans, or 30 percent of the population, are eligible for shots but have chosen not to get them. In broad terms, they break along four fault lines, as Umair Irfan explains for Vox.

Political party: Republicans — and Republican women in particular — remain the largest source of vaccine opposition. While 86 percent of Democrats have received at least one dose, only 52 percent of Republicans have done the same, according to a poll from the Kaiser Family Foundation.

Age: Younger adults remain less likely to report being vaccinated. That may be in part because older Americans had earlier access. Indeed, the age gap has begun to shrink: In May and June, the largest increases in self-reported vaccination were among people ages 18 to 29.

Race: White people make up a larger share of the vaccinated than the overall population, ahead of Black and Hispanic people and behind Asian Americans, Pacific Islanders, Native Americans and Alaskan Natives. The racial gap has been shrinking, but as of July, the vaccination rate for Black people was still about 12 percentage points lower than for white people and about seven percentage points lower for Hispanic people.

Class: According to Kaiser, uninsured people under 65 are the only major demographic group of adults to mostly report being unvaccinated, which may reflect a perceived cost to vaccination or a general lack of contact with the medical system. And across every age group, higher-income earners are much more likely to be vaccinated. The class gap can also be measured by education: About eight in 10 college graduates say they have gotten at least one dose, compared with only about six in 10 adults without a degree.

People’s reasons for remaining unvaccinated aren’t monolithic, either. Unvaccinated Republicans, for example, are more likely to say they don’t want or need the vaccine or don’t trust the government, whereas unvaccinated Democrats tend to cite an aversion to shots or worries about missing work. For unvaccinated Hispanic people, fear of immigration authorities poses a unique roadblock.

Unvaccinated youth have their own reasons as well. As Ashish Jha, the dean of the Brown University School of Public Health, told The New Yorker, vaccination is a kind of insurance against Covid, “and young people tend not to buy insurance for health stuff because they tend to think they’re invincible.” At the same time, “for a year and a half, they have been bombarded with misinformation that says that, for them, the coronavirus is no worse than a bad cold.”

Reasons given by the vaccine hesitant for not yet getting a shot.

Note: People could select more than one answer.

That being said, some concerns are broadly shared among the unvaccinated. Across all major demographic groups, the two most-cited issues for vaccine uncertainty are side effects and the speed with which the vaccines were approved, according to Morning Consult.