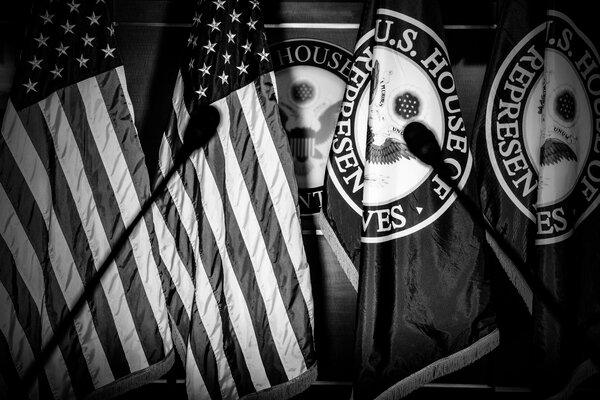 The people who will be running the House of Representatives for the next two years — a group that does not, as far as anyone can tell, include Kevin McCarthy, who seems set to be speaker in name only — believe a number of untrue things.

Many, perhaps most, believe that the 2020 election was stolen, or at least that Joe Biden is somehow not the legitimate president.

Many believe that Covid vaccines do more harm than good, a belief that has contributed to thousands of excess deaths among Republican partisans.

Quite a few either subscribe to or are at least friendly to beliefs of the QAnon cult, which claims that the world is run by a vast conspiracy of pedophiles.

And just about all of them, again as far as I can tell, believe that the U.S. economy is in terrible shape, with the federal government at great risk of going bankrupt.

You’ve probably read a lot about the political delusions of Republican extremists — and these days a vast majority of Republicans in the House are either extremists or opportunists willing to go along with whatever the extremists want. It’s important, however, to realize that G.O.P. economic views are almost as divorced from reality as their political fantasies are.

Let’s talk first about the current state of the U.S. economy.

Republicans have spent much of the past year screaming about a “Biden recession.” And to be fair, many private forecasters do expect recent interest rate increases to cause slowing growth and rising unemployment this year — although I’m hearing growing talk about the possibility of a “soft landing” that might breach the Sahm rule for recessions (a half-point rise in the unemployment rate) but won’t feel like a severe slump.

One thing is for sure, however: There wasn’t a recession in 2022. Indeed, the U.S. economy ended the year with continuing strong job growth and the unemployment rate all the way back down to what it was before Covid.

What about inflation? The price surge of 2021-22, coming after decades of low inflation, was a nasty shock, and I don’t want to minimize either the size of that shock or the extent to which many economists, myself included, failed to see it coming. Republicans, it goes without saying, tried to make inflation, which they attributed to excessive federal spending, a central theme of the midterm elections.

But have they noticed that inflation has been coming down? Have any prominent Republicans even acknowledged the changing situation?

True, inflation has been held down in part by events that probably won’t be repeated, like the plunge in gasoline prices over the second half of 2022. On the other hand, there’s good reason to believe that housing inflation — which accounts for about a third of the Consumer Price Index — has declined sharply, but that this decline isn’t yet reflected in official statistics.

Add in the latest data on wages, which were seriously encouraging, and a reasonable estimate is that we’ve regained full employment with underlying inflation only a point or two above prepandemic levels. That’s not a perfect situation, and squeezing out the remaining inflation may (or may not!) be hard, but it’s hardly a picture of catastrophe.

For what it’s worth, financial markets have basically declared the inflation threat over: They’re implicitly predicting roughly 2 percent inflation as far as the eye can see. They’re also willing to buy federal debt at interest rates that are up a bit but still low by historical standards, showing no hint of concerns about U.S. solvency.

Still, Republicans are determined to see economic and fiscal disaster, and as always when Democrats hold the White House, they’re insisting that we must take drastic action to balance the budget.

That is, after we deal with their first priority: depriving the Internal Revenue Service of the resources it needs to go after wealthy tax cheats.

Anyway, as usual the G.O.P. is insisting that the budget can and must be balanced entirely by cutting spending. And as usual this insistence runs up against the reality that spending cuts that big would be politically impossible. In fact, they’d probably be politically impossible even if Republicans managed to destroy democracy completely, which some of them seem to want.

For the federal government is, as an old line puts it, basically an insurance company with an army. Other than military spending — only a small fraction of which, even now, goes to defending democracy in Ukraine — federal dollars mainly go to retirement and health care programs on which scores of millions of Americans, including many Republicans, depend.

So the new House majority is living in a fantasy world, insisting on a completely unworkable solution to a largely imaginary crisis. Unfortunately, as we learned on Jan. 6, 2021, political fantasies can have dire real-world consequences.