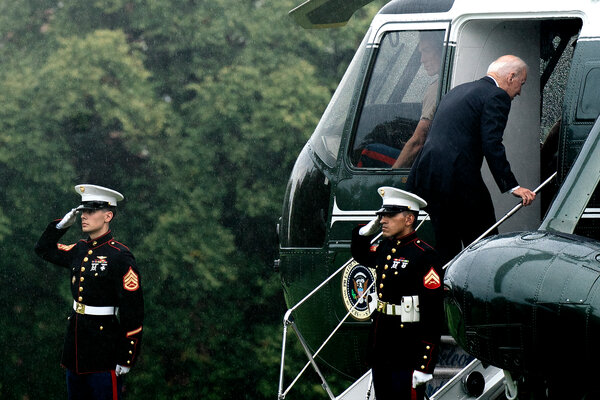 President Biden has it exactly right. Not one more American soldier should die for a country in which the people fighting against the Taliban lack the will to fight.

America has given the Afghans the means, training and resources to fight the Taliban if that is their wish; apparently, it is not their wish. Who should be the last American to die for such a cause? Not one American should have that sad distinction. Not one family should bear that loss, again, as thousands of American families have done for 20 years.

Criticism from Republicans should be completely discounted. They have shown in their near unanimous support for Donald Trump (who, they often don’t admit, brokered this withdrawal agreement) and his lies that they have no credibility whatsoever.

This time can we get the lessons straight? Military solutions don’t fix political and societal problems. Rebuilding societies we don’t understand is a fool’s effort.

Opinion | Steve Bannon Is Onto Something

Opinion | Why Democrats Are So Bad at Defending Democracy