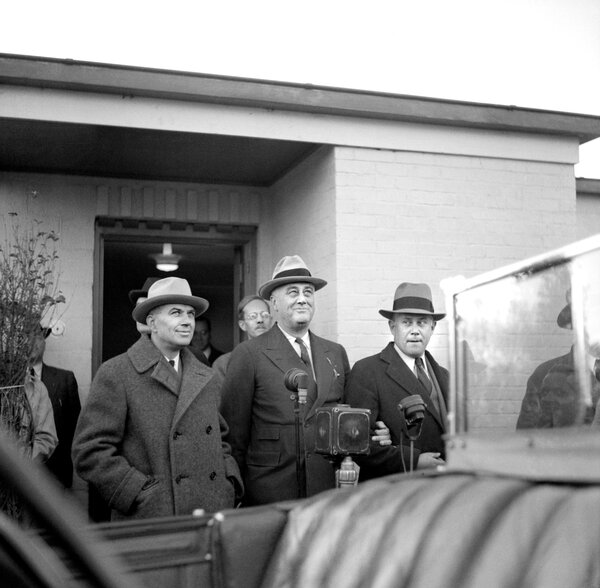 A child of the Depression, I cut my political teeth on the New Deal. When I got old enough, my dad, a Teddy Roosevelt Republican who voted for Franklin D. Roosevelt, had me listen to F.D.R. on the radio and pay attention to news reels at the movies.

F.D.R.’s critics responded to the New Deal the way today’s Republicans do, whining about deficits, calling the Works Progress Administration, the Civilian Conservation Corps and Social Security socialist and crying for a stop to doing much for the people. Where would seniors today be without Social Security?

Then as now, the country’s democratic future, as well as its prosperity, hung in the balance. While their political personae are different, Joe Biden, like F.D.R., understands that the moment requires going big. Paying for infrastructure is an issue; its definition is a distraction, like a theological argument over angels dancing on the head of a pin.

President Biden has not only freed us from the soul-numbing grotesqueries of Donald Trump, he has also reversed Ronald Reagan’s 40-year-old paradigm that government is the problem.

Governing for the bottom up, instead of acceding to the disproved shibboleth that benefits from tax cuts will trickle down, is already yielding dividends in putting money into the wallets of people of modest means who will spend it, rather than into the investment accounts of wealthier people who increase their wealth without investing it in jobs producing economic activity.

That he is doing it with such a narrow partisan majority shows that he understands there is no time to waste with midterm elections looming. His instincts toward bipartisanship are laudable. His refusal to be held hostage to Republicans’ obstinacy shows that he is not waiting for them to take the hand he has stretched out to them.

The Gardens of Park Avenue

How can anyone who walked on Park Avenue during the last few weeks, in a fairyland of blossoming Kwanzan cherry trees, not realize that New York possesses a premier visual amenity in urban landscape architecture?

One of the joys of gardens is how they fire the imagination, often when seen from afar. That view becomes less intense when one is actually in them and the form disappears. As I walked miles up and down Park Avenue recently, it felt as if the median were a never-ending orchard planted in a long green meadow, trees with a variety of shapes and tints of pink.

In their summer green, they exist as a cool, visual oasis. Like the boulevards Louis XIV brought to Paris, Park Avenue is our tree-lined boulevard, like none other in the world. Let’s keep it that way!

Paula Deitz
New York
The writer, the author of “Of Gardens: Selected Essays,” is the editor of The Hudson Review and a contributor to The New York Times.