Home » Analysis & Comment » Opinion | In 2022, Reality Has a Conservative Bias 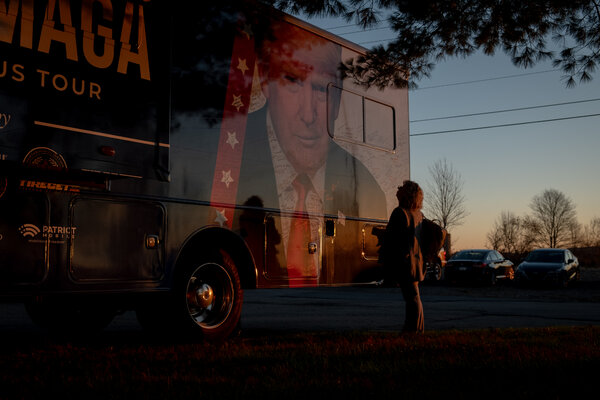 “Reality,” Stephen Colbert remarked at the White House Correspondents’ Dinner in 2006, “has a well-known liberal bias.” That was back when he played a caricature of a conservative instead of a caricature of a liberal (I assume that’s the point of his current late-night role, at least), and the line rolled out brilliantly into the midst of a decade where reality was delivering some punishing blows to the Republican Party’s theories of the world.

In that period, the years from the invasion of Iraq through the re-election of Barack Obama, the G.O.P. staked itself to the conceit that the Iraq war would disarm a dictator (the armaments in question mostly did not exist) and revolutionize the Middle East (it did, but not for the better). It staked its domestic policy on tax cuts and a housing bubble, touting the strength of the George W. Bush-era economy right up to the point when the worst financial crisis since the 1920s hit.

Then in Obama’s first term, the G.O.P. staked itself to the claims that deficit spending and easy money would lead to runaway inflation or debt crisis (they did not), that Obamacare would wreck the health care market (flaws and all, it didn’t), that entitlement reform was an appropriate prescription in a slowly recovering economy (it was a good long-term goal but not an ideal 2010 priority). And as a small capstone, the G.O.P. assumed that the polls were skewed against Mitt Romney in 2012, which they emphatically were not.

I was a participant in some of this, overestimating the urgency of the deficit problem and the risks of Obamacare. So I have experience from which to observe that the Democrats in 2022 find themselves struggling because reality has finally changed sides, and now has a conservative bias.

What has reality delivered? To a Democratic Party that convinced itself there were few near-term limits on how much stimulus could be pumped into the economy, it has delivered the worst inflation since the 1980s.

To a Democratic Party that spent the Trump era talking itself into a belief that immigration enforcement is presumptively immoral and that a de facto amnesty doesn’t have real downsides, it has delivered the southern border’s highest-recorded rate of illegal crossings.

And to a Democratic Party whose 2020 platform promised to “end the era of mass incarceration and dramatically reduce the number of Americans held in jails and prisons while continuing to reduce crime rates,” it has delivered a multiyear spike in homicide rates that’s erased at least 20 years of gains.

Rather, ideological and partisan commitments exist in a dynamic relationship with reality. You can get things right for a while, sometimes a long while, and then suddenly you pass a tipping point and your prescription starts delivering the downsides that your rivals warned about and that you convinced yourself did not exist.

Thus in the current situation, the fact that right now America is suffering a serious crime wave doesn’t prove that Democrats (and many Republicans) were wrong about criminal justice reform 10 or 15 years ago. It just suggests that there’s a point at which de-carceration or decriminalization may need a tough-on-crime corrective.

Likewise Democrats weren’t wrong about the risks of inflation being low in the Obama era or in the recent past. It’s just that except for a few Cassandras like Larry Summers they were wrong to imagine that those risks could be forever minimized, that there was no upper bound on Covid-era spending. In the same way today’s inflation doesn’t retrospectively vindicate the Obama era’s deficit hawks — but it does suggest that some of their proposals might be worth revisiting.

So the question for the aftermath of Tuesday’s election isn’t whether Democrats will abandon their ideology but whether that ideology can adapt itself to what reality is saying.

And whether for Joe Biden or for his possible successors, a recent model is available: Just after the era when Colbert’s quip had bite, a leader emerged who persuaded the G.O.P. to abandon its fixation on deficits and just run the economy hot, who endorsed universal health insurance and pledged to protect entitlements, and who acknowledged that the Iraq war had been a grave mistake and promised a less utopian, more realistic foreign policy.

That’s right: It was Donald Trump who closed the gap — in rhetoric, if not always in his eventual policymaking — between the Republican Party and reality. Now the Democrats, facing a cold rendezvous with reality’s conservative bias, need leaders who can do the same.

Opinion | Thank You, Julie Powell. I Owe You.