While the richest countries in the world are grappling with shortages of Covid-19 vaccines, some of the poorest worry about getting vaccines at all. Yet a solution to both problems may be hiding in plain sight: vaccines from China and Russia, and soon, perhaps, India.

Chinese and Russian vaccines were initially dismissed in Western and other global media, partly because of a perception that they were inferior to the vaccines produced by Moderna, Pfizer-BioNtech or AstraZeneca. And that perception seemed to stem partly from the fact that China and Russia are authoritarian states.

But evidence has been accumulating for a while that the vaccines from those countries work well, too. The leading medical journal The Lancet published this week interim results from late-stage trials showing that Sputnik V, the Russian vaccine, had an efficacy rate of 91.6 percent. Those confirmed findings released in mid-December by the vaccine’s developers, the Gamaleya Center and the Russian Direct Investment Fund.

The United Arab Emirates, Bahrain, Egypt, Jordan, Iraq, Serbia, Morocco, Hungary and Pakistan have approved the Sinopharm vaccine from China; as of mid-January, 1.8 million people in the U.A.E. had received it. Bolivia, Indonesia, Turkey, Brazil and Chile have approved and begun to roll another Chinese vaccine, from Sinovac. Sputnik V will be distributed in more than a dozen countries in Europe, the Middle East, Africa and Latin America.

When those countries vetted these vaccines, they made informed decisions, based on evidence about safety and efficacy released by the Chinese and Russian manufacturers — much of it also published in peer-reviewed scientific journals like The Lancet and JAMA — or after running independent trials of their own. To assume otherwise is to doubt the ability or integrity of these governments, some of which have health regulatory systems on par with those in the United States or Europe.

In the face of major vaccine shortages and delivery delays, France, Spain and Germany are now beginning to talk about possibly placing orders for the Chinese and Russian vaccines. Semi-desperation, it seems, has finally prompted them to call out “prejudice” against non-Western vaccines.

But the skepticism endures. There is suspicion of the Russian vaccine in Iran, of the Chinese vaccines in Pakistan, and of both in Kenya and South Africa. A recent YouGov poll asked 19,000 people in 17 countries if they thought “more positively or negatively” about vaccines developed in which of those countries: Russia, China and India ranked lowest (except for Iran).

To some extent this is understandable. China’s and Russia’s self-serving propaganda campaigns touting their respective vaccines only increased wariness, especially abroad.

China and Russia also started inoculating some of their citizens last year without efficacy results from late-stage, or Phase 3, clinical trials. (The Pfizer-BioNTech and Moderna vaccines were approved in the United States after interim results from Phase 3 trials.) India has done the same recently with Covaxin, a vaccine developed by Bharat Biotech, causing a national furor.

All three governments have defended these actions as emergency measures necessary to accelerate the production and distribution of vaccines. That explanation may seem inadequate to some, but doing this is legal, and regulators in the West also cut corners for the same reason (though with more transparency).

And now there are significant data about the reliability of the Chinese and Russian vaccines. (It’s still too early to tell for Covaxin.) Trial results in the U.A.E. in early December placed the efficacy of the Sinopharm vaccine at 86 percent; others, in China, at 79 percent.

A note, too, about what these efficacy numbers really measure and mean. Confusion over that has created doubts about vaccines — though about some vaccines more than others.

Take Sinovac’s, and what appear to be conflicting results about its performance: 91 percent efficacy in trials in Turkey, 65 percent in trials in Indonesia and 50.4 percent in trials in Brazil. That last finding promptly made international headlines, even though researchers at the Butantan Institute, the state-run center in São Paulo that conducted those trials, pointed out at the same time that the vaccine had scored a 78 percent efficacy rate in preventing mild-to-severe cases of Covid-19.

We talked to Ricardo Palacios, the clinical research medical director at the Butantan Institute, in late January, and he told us that the trials had deliberately been designed as a “stress test.” They were conducted exclusively among “health care workers directly taking care of Covid-19 patients,” he said. (The Pfizer-BioNTech and Moderna vaccine trials included some health care workers and other individuals at high risk, but not just.) And when you study a pool of subjects with much greater exposure to infection, a vaccine is likely to appear to perform less well. The Butantan Institute’s trials also defined what counted as a symptom of Covid-19 much more broadly than did other trials.

The protocols for trials vary, in other words, even for the same vaccine. Considering that, now imagine the potential for differences among results from trials for various vaccines — differences that may reveal as much about the trials’s designs as the vaccines’ performance. 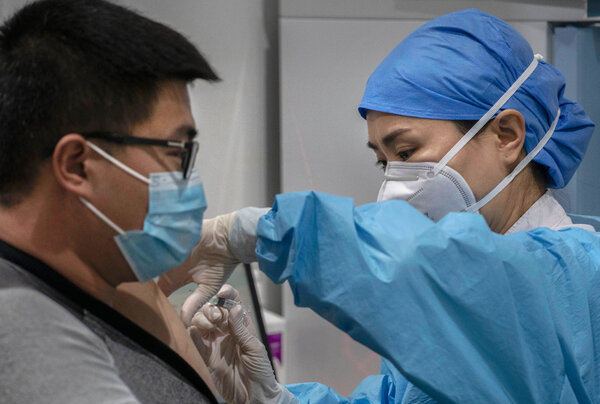 No doubt, more information about the Chinese and Russian vaccines must be released to the public, but the same still goes to some extent for the leading Western vaccines. Not all the details or raw data for trials of the Pfizer-BioNTech and Moderna vaccines have been made available, not even to researchers.

The fact is that no Covid-19 vaccine has been developed or released as transparently as it should have been. And while China and Russia may have botched their rollouts more than some Western companies, that doesn’t necessarily mean their vaccines are shoddy.

The mounting evidence showing that the Chinese and Russian vaccines are reliable should be taken seriously, and fast, especially considering supply issues throughout the world.

Most vaccines produced in the West have already been bought up by rich countries: as of early December, all of Moderna’s vaccines and 96 percent of Pfizer-BioNTech’s, according to the People’s Vaccine Alliance, a coalition of organizations calling for wider and fairer access to vaccines worldwide.

Gavi, the Vaccine Alliance has some Western vaccines reserved. But by our tally of its supply data, as of this week, it estimated being able to ship during the first quarter of this year only between 110 million and 122 million doses from AstraZeneca and a mere 1.2 million doses from Pfizer-BioNTech — for all 145 of the countries that have signed up with Gavi to obtain Covid-19 vaccines.

What’s more, most big pharmaceutical companies in the West have resisted licensing their vaccines to non-Western manufacturers, and several wealthy countries are blocking a proposal by India and South Africa that the World Trade Organization temporarily suspend some intellectual property protections for Covid-19-related vaccines and treatments.

So how can these vaccines be made desirable to more of the people who need them? One way would be to subject them to a formal assessment by an international organization with technical expertise. The problem currently is that the World Health Organization’s rules for certifying vaccines are themselves skewed in favor of rich, essentially Western, states.

The W.H.O. maintains a list of “stringent regulatory authorities” it trusts for quality control — all are European countries except for Australia, Canada, Japan and the United States. For the rest of the world, the W.H.O. runs a service called prequalification. In theory, this is a way by which vaccines from, say, China or Russia could be placed on an equal footing with vaccines from the West. In reality, it’s an onerous and time-consuming process.

When a vaccine is developed in and approved by a country on the W.H.O.’s trusted list, the organization usually relies on that assessment to quickly sign off. But when a vaccine maker anywhere else applies for prequalification, the W.H.O. conducts a full evaluation from scratch, including a physical inspection of the manufacturing facilities.

The W.H.O. approved the Pfizer-BioNTech vaccine at the end of 2020 less than two months after the makers applied for consideration, and it is expected to decide on the Moderna and AstraZeneca vaccines this month. The Chinese and Russian vaccines are still waiting in line, even though the review processes for those were initiated earlier.

In the course of reviewing the Pfizer-BioNTech vaccine, the W.H.O. worked closely with the European Medicines Agency, and approved it about 10 days after the E.M.A. had. There is no reason the W.H.O., while maintaining its standards, couldn’t also collaborate with health regulators in other countries to help local vaccine manufacturers get through the vetting process. It must urgently give all vaccine-producing countries the attention they deserve.

Some doctors and activists have put forward proposals to increase the delivery worldwide of vaccines produced in the West. These calls are well-intentioned, but they, too, assume that vaccines from Western countries are the only ones worth having — and waiting for.

There is a simpler solution, already at hand: It’s time to start trusting other countries’ vaccines.

Achal Prabhala is the coordinator of the AccessIBSA project, which campaigns for access to medicines, and a fellow of the Shuttleworth Foundation. Chee Yoke Ling is the executive director of Third World Network, an international policy research and advocacy organization headquartered in Penang, Malaysia.