Sometimes it seems like the single point of consensus in America’s fractured politics is contempt for New York City’s mayor, Bill de Blasio.

Even before Covid, animus against him was a widely recognized phenomenon. (“Why Bill de Blasio is so hated, explained,” said a Vox headline from last year.) During the protests set off by the killing of George Floyd, the left — including many of the mayor’s current and former staff members — excoriated him for refusing to stand up to the New York Police Department. In a failed bid to save his House seat in a pro-Trump district, the Democrat Max Rose ran an ad in which he simply faced the camera and said, “Bill de Blasio is the worst mayor in the history of New York City.”

But if de Blasio has often been a bad mayor, when it comes to educating kids during the pandemic, he’s been one of the best big city leaders in the country. That’s both to his credit and to others’ disgrace.

This fall, when many other cities were settling for the path of least resistance and going fully remote, New York was the first major city to reopen its schools for part-time in-person education. And less than two weeks after they shut down amid rising coronavirus cases, de Blasio has announced the goal of bringing some elementary students, as well as some students with special needs, back full-time, something few other cities have managed.

De Blasio’s public communication has been characteristically awful, and his policy zigzags have induced whiplash among many parents. Those who haven’t opted into part-time in-person education probably won’t have the opportunity to return full-time; it’s a possibility only because many schools have just a small fraction of students attending. The city has done a poor job of explaining why the previous threshold for closing schools — a citywide coronavirus positivity rate of 3 percent — no longer applies.

Nevertheless, at a time when many cities aren’t even attempting more than online school, which is pedagogically disastrous, New York is doing something brave. Working with Michael Mulgrew, the president of New York City’s teachers union, de Blasio has begun to chart a path back to educational normalcy for at least some kids. “Both of them have really tried in ways that others have not,” Randi Weingarten, president of the American Federation of Teachers, told me.

The politics of school reopening are hellishly complex, and don’t break down along neat ideological lines. 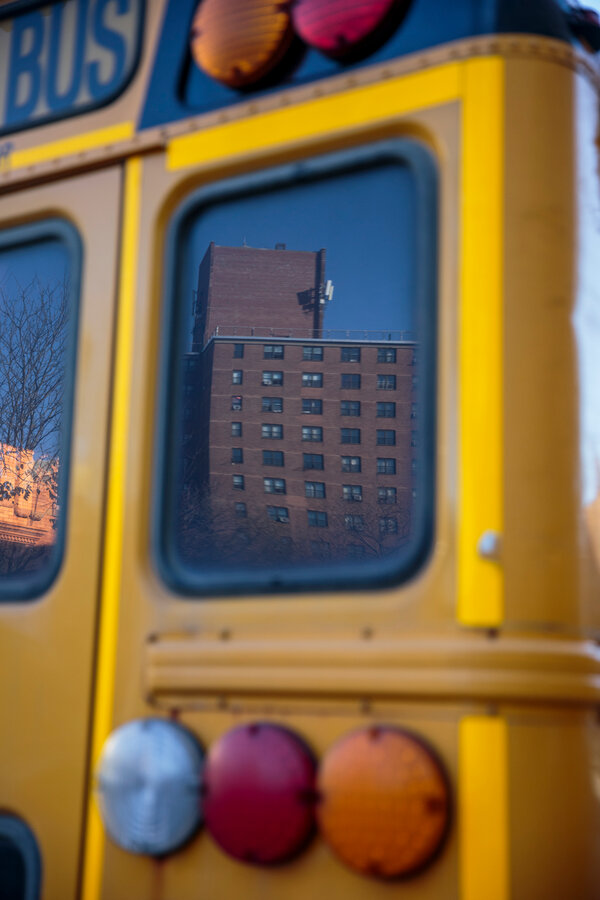 Remote schooling has been particularly awful for poor students and students of color, and it’s exacerbating already severe educational inequality. As Alec MacGillis reported in September: “There has always been a gulf between public education and private. But the new disparity is stark: In many cities, children in private schools are going to school, and children in public schools are not.” My kids are being privately taught in a pod with other children, and I have a hard time arguing that online school is good enough for others when it isn’t good enough for us.

At the same time, it’s the job of teachers unions to protect their members. It’s not surprising that many have resisted reopening when the federal government has done so little to support schools, forcing teachers to spend their own money on cleaning supplies and protective gear. Governors nationwide should be following the lead of Rhode Island, closing bars and gyms while leaving schools open, but Senate Republicans won’t provide funding to make up for lost tax revenues. Teachers are being asked to take serious personal risks for a society that doesn’t prioritize them or their students.

Many countries in Europe have already done what New York is trying to do, keeping the youngest kids, who seem to transmit the virus less than adults, in school even amid surging infections. Weingarten, who is reportedly being considered to be Joe Biden’s secretary of education, says the city’s approach could become a model for the country. “I’m actually optimistic given what New York City is kind of plowing through,” she said.

When he was first elected mayor, de Blasio changed the face of education in New York City — and the lives of many parents, myself included — by instituting high- quality universal pre-K. Since then, his time in office has been marked by embarrassments and disappointments.

If he were able to get kids back into school full time in the middle of this calamity, it would do much to salvage his reputation, as well as the morale of the city he’s so haphazardly led. His off-again-on-again reopening has been maddening, but look around the country. No matter how much people love to hate de Blasio, there aren’t many examples of mayors handling the school crisis better.

Opinion | Democrats and Republicans No Longer Speak the Same Language

SocGen in talks over $979 million sale of Lyxor to Amundi