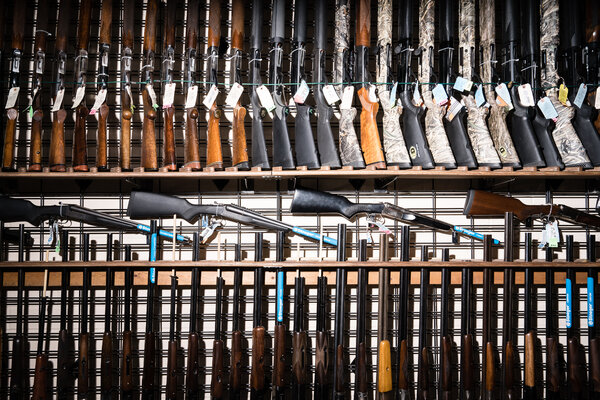 You may be wondering how we’re doing on gun control.

Joe Biden promised to tackle it on “my first day in office,” which he didn’t. Give the man a break — he’s got to get his Covid relief bill through Congress, and you can appreciate that he’s rather distracted. But absolutely no reason we shouldn’t start to nag.

We’ve been hearing a lot about the gun debate in Washington lately, but it’s mostly on the weirdo side. Who can forget the virtual House committee meeting during which Republican Lauren Boebert sat with a pile of large firearms behind her? This was in a session on a proposal to stop members from bringing their guns to committee meetings, so you’d have to admit she was on topic.

We will pause while you ask: When did our lawmakers start bringing guns to the office? Isn’t that sort of … 19th century?

Well, yeah, but it still goes on. Members of Congress can keep guns in their offices and carry them unloaded pretty much anywhere on the Capitol grounds, except the House or Senate floor. Last month Representative Andy Harris, a Republican, reportedly approached the House chamber while packing heat. When he was stopped, Harris tried to palm the gun off on a colleague, who sensibly declined the gift.

On the plus side, extremely optimistic citizens might have taken heart when Representative Marjorie Taylor Greene, one of the fiercest/craziest gun control opponents, recently attempted to boost her credibility by announcing she now believes mass school shootings and the 9/11 attack on the World Trade Center actually did happen.

Progress! Meanwhile, in her spare time, Greene has introduced a bill to make it illegal for the federal government to spend money on gun control enforcement.

If there was ever a time to pick up the gun safety battle it would be now. The pandemic, which has made just about everything worse except soap sales, has turned a whole lot of Americans into tortured souls. “No matter how you look at it, gun violence is an epidemic within this pandemic,” said John Feinblatt, president of Everytown for Gun Safety.