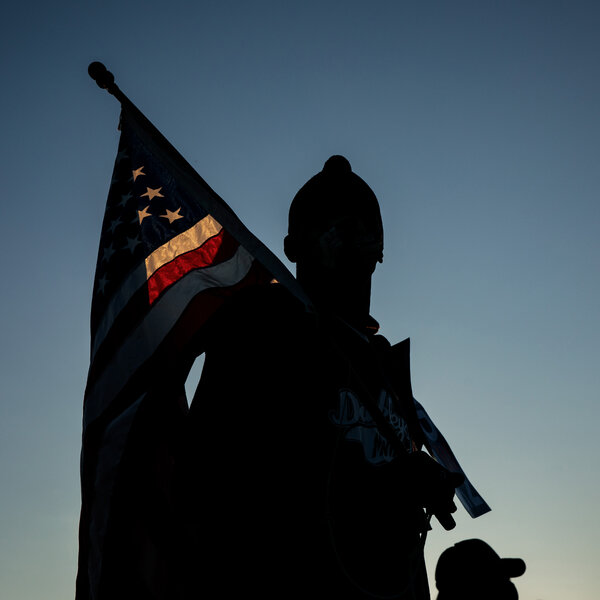 Re “Enlist the Young!,” by Jonathan Holloway (Sunday Review, July 4):

When I was about 12 years old, my father took me and my siblings to see a stone bridge he’d help build over a creek in western Oregon. The stone was green with moss by then, but the bridge was still in use. He had been young and unemployed when the Civilian Conservation Corps was established in 1933.

He signed up and lived in a camp for a year, earning a little money and developing self-esteem. Pride in that work stayed with him all his life.

Even though his work was voluntary, I agree with Dr. Holloway that a year of mandatory service in something like the C.C.C. would be a very good thing for the soul of America. It feels as though many people in our country, particularly our young, need help appreciating the most basic joy of work worth doing.

The idea of national service for all young American citizens is a terrible idea. The terribleness starts with the word “compulsory.” Who is qualified to tell any other free citizens what they must do to improve themselves and their nation? The answer is no one, least of all an overreaching government.

In many creative people, the years between 15 and 25 can bring a massive surge of energy. Some people, like Bob Dylan and Steve Jobs, boil over with a need to put that energy to work, and even college would hold them back. So, too, would a year of national service. Compulsory national service is one of those ideas that, if repeated enough, seems to make good sense, but it would actually be a disservice. We need to think long and hard and come up with better ways to mold citizens and the nation.

A national public service program for youths under the age of 25 could help unify Americans of different backgrounds. However, the responsibility of civilian service should not fall only on youths. Senior citizens can also play a vital role in bridging the divide.

AmeriCorps Seniors is a government program for volunteers aged 55 years and older to serve their communities. They foster victims of abuse, care for children with disabilities, provide job training, tutoring and mentoring, and help immunize children.

In addition to providing needed services, AmeriCorps allows seniors to stay connected to others and have a purpose. In doing so, seniors can understand problems faced by people of different socioeconomic, racial and ethnic backgrounds. If not mandatory, public service by seniors could be encouraged, for example, by tax breaks, discounts in health premiums or modest stipends.

After enduring a pandemic from which millions are still suffering financial and emotional losses, and a political climate that has threatened our social cohesion, now, more than ever, would be a good time to mandate or promote national public service.

I read Jonathan Holloway’s article with great interest and an uncharacteristic sense of optimism. As a retired educator, I have experienced how important and mind-altering it is to work face to face with people of differing abilities and challenges. This could be such a great opportunity for young people to broaden their life experiences. It could take advantage of their open hearts and minds.