What is the meaning of American history? According to the 1776 report, rushed out by a presidential commission of the same name just two days before Donald Trump left office (and terminated by President Biden on his first day), it begins and ends with the “fundamental truths” expressed in the nation’s founding documents.

“We will — we must — always hold these truths,” the report’s unnamed authors insist, if we hope to transcend the deep divisions that plague the nation. Only if schools convey a “true education” based on the principles of “equality, liberty, justice and government by consent” will a “national renewal” be possible.

This simple, quasi-theological way of understanding the past harks back to the 19th century, before history became a real academic discipline. Back then, schoolchildren imbibed the patriotic speeches in their McGuffey’s Readers, compiled by an eponymous Presbyterian minister in the 1830s. Wealthy white gentlemen like George Bancroft and Francis Parkman wrote best-selling sagas about visionary founders and intrepid frontiersmen. Parson Mason Weems wrote a popular biography of George Washington that concocted the uplifting tale about the general and first president who displayed his virtuous character as a boy when he confessed to cutting down a cherry tree with his little hatchet. Weems “told historical lies in order to impress upon the young the importance of telling the truth,” Richard Hofstadter, the great liberal historian, remarked. 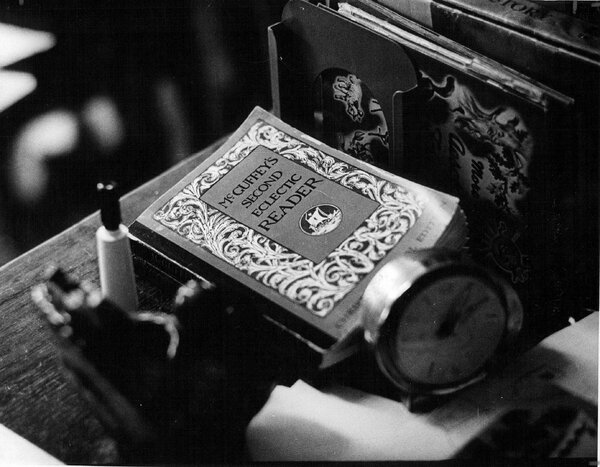 There is nothing wrong with venerating allegedly timeless values, but that is a task for preachers and ceremonial orators — not historians. Hardly anyone who writes and teaches about the American past at the college level today, whatever his or her politics, would confuse the worship of founding principles with the effort to make sense of how the United States developed and changed. It is telling that not a single member of the 1776 Commission was a professional historian of the nation whose essence they lauded and which they vowed to make the core of a “patriotic” education.

Historians study all manner of sources, published and otherwise, in a quest to explain why Americans held the beliefs they did and whether their actions matched their creed. We know that fierce conflicts raged from the start over how to define the nation’s professed ideals and how to apply them. Nikole Hannah-Jones, the leading force behind the 1619 Project, published in this newspaper, disagreed sharply with her academic critics about the role of slavery in the founding of the Republic. But both parties grounded their arguments primarily in research and analysis, rather than invocation. The same is true for historians who devote their lives to studying such controversial subjects as the Progressive Era, segregation, the Civil Rights movement, communism and socialism, and identity politics — all of which the 1776 report praises or damns, depending on whether each adhered to or forswore its conception of American values.

Yet one reason historians argue fruitfully, if endlessly, about such topics is that they appreciate that how one defines those “values” helps determine the way one interprets what occurred. In the 1960s, the Americans who staged peaceful demonstrations to integrate bus stations, restaurants and workplaces and those who sent the police to beat them up both claimed they were upholding the causes of liberty and justice. But between George Wallace’s idea that freedom meant the right to exclude Black people from one’s property and Martin Luther King Jr.’s view that it meant giving equal access to everyone, there could be no compromise.

The 1776 report also abounds in blatant contradictions. It praises Dr. King and condemns socialism, while neglecting to mention that his speeches to labor audiences often included assertions like this one: “Call it democracy, or call it democratic socialism, but there must be a better distribution of wealth within this country for all God’s children.” It damns the progressive officeholders of the late 19th and early 20th centuries as “elitists” without recognizing that the most significant reforms they enacted — from the popular election of senators to referendum and recall to the establishment of the Federal Reserve and the Food and Drug Administration — responded to mass demands from below. These changes were intended to reduce the power of such private “elitists” as the financier J.P. Morgan and the meatpacking moguls whose dangerous and corrupt slaughterhouses Upton Sinclair exposed so memorably in “The Jungle.”

Near the end of the report, there appears an honor roll of “timeless stories and noble heroes” that “inspire” Americans “to be good, brave, diligent, daring, generous, honest and compassionate.” The authors include “This Land is Your Land,” perhaps unaware that Woody Guthrie meant his song as a protest of Irving Berlin’s sunny “God Bless America” or that, when he composed it in 1940, the Dust Bowl troubadour was contributing a regular column to the West Coast newspaper of the Communist Party. Being a radical, it turned out, did not prevent one from creating a patriotic anthem for the ages.

At its core, the 1776 report reveals a profound ignorance about what professional historians of the United States actually think and do. While most contemporary scholars in the field do lean left in their politics, none I know of holds “at the very least disdain and at worst outright hatred for this country,” as the report alleges. If they share any view of Americanism, it would probably echo President Barack Obama’s 2013 statement that the signal “lesson of our past” is “people who love their country can change it.”

Historians describe enduring contests between Americans of different classes and races over ideas and interests, about who held power in the state and the economy and who fought to gain it. They also seek to explain painful reversals in the progress toward crafting a “more perfect union.” After the end of Reconstruction, for example, white politicians and judges successfully worked to undermine the egalitarian promise of the three landmark amendments added to the Constitution in the five years following the Civil War. Even today, the historian Eric Foner writes, “birthright citizenship, equal protection of the laws and the right to vote remain highly contested.” Rights can be gained,” he points out, “and rights can be taken away.”

Now that the 1776 Commission is deprived of federal authority, its influence will wane more quickly than that of the president who established it — not that Donald Trump showed any curiosity about the history of the country he promised to make great again. “It’s a complex fate, being an American,” Henry James once wrote. Neither the 45th president nor his designated propagandists may ever comprehend that fundamental truth.

Michael Kazin (@mkazin) is a professor of history at Georgetown University and editor emeritus of Dissent. He is completing a history of the Democratic Party.