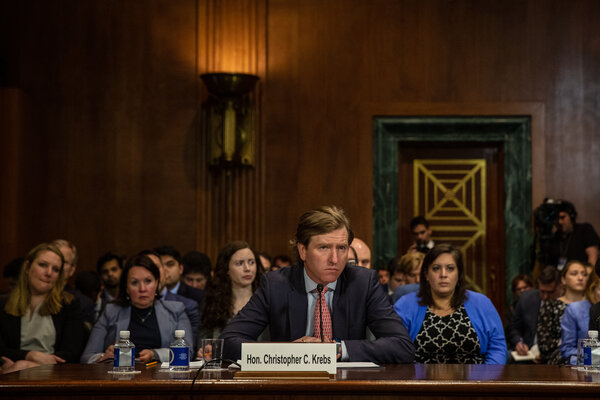 Will this national nightmare named Donald Trump never end? Will no one in power in the Republican Party call him out on his blatant lies? So now Mr. Trump fires Christopher Krebs because Mr. Krebs actually did his job and made sure our election was free from outside interference.

Someone needs to speak truth to Mr. Trump and tell him a majority of Americans fired him on Nov. 3. Time to pack up and leave town. He said during the campaign that if he lost, we would never have to hear from him again. Guess he lied again.

Why the Pollsters Got It Wrong

Thanks for the best post-mortem on the polls. Unlike most, you mention the very low response rates to telephone polls, which have fallen from more than 60 percent in the 1970s to at or below 6 percent today. A huge problem.

It is time for pollsters and journalists to stop using the grossly misleading phrase “margin of error” when there are so many sources of error that we cannot quantify, as we saw in this election.

Humphrey Taylor
New York
The writer is chairman emeritus of the Harris Poll.