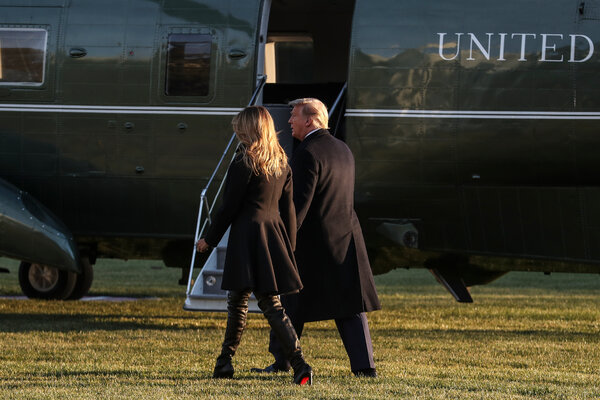 How gracious it was of the president to step away from the golf course to take a moment to sign the bill that will finally help struggling Americans.

President Trump has made it clear that as modern-day bread lines stretch for miles, he has no concern about any of us, not even his supporters, and he has particular disdain for the unemployed. He has consistently emphasized stimulus payments for most Americans over aid targeted to the millions and millions who are out of work, and he waited until extended unemployment compensation benefits had expired to sign the bill.

Congratulations, Mr. President: By creating fear and panic as you once again acted irrationally, you have demonstrated that you remain relevant.

A review of all American presidents might well conclude that this one is, by far, the most exhausting. The great modern American poet Robert Lowell, who suffered bouts of bipolar disorder, and who caused others around him to suffer, once concluded, “Everyone’s tired of my turmoil.” Yet many of Donald Trump’s adoring fan base seem to want four more years of such turbulence and chaos.

May the years 2021 to 2024 offer glorious respite and recuperation. In the meantime, Americans can figure out what exactly it is about outlaws that they so adore.

Bridging the Divide in Congress

As I read The Times’s coverage of the 2020 presidential election, the recurring themes were Joe Biden’s inheriting a divided country and the need to deal with the pandemic, deep-seated racism and political animosities.

I propose a simple idea to help America’s future. Let’s get rid of the “aisle” separating the parties in Congress by randomly assigning seating at the beginning of every session. Doing so would help our senators and representatives get to know one another better. Simple. As relationships build, people begin to work together. No more disparaging remarks pointed at “my respected colleagues across the aisle.”

It’s healthy to have differing opinions on the issues, but working together will help us heal and redefine our future.

Opinion | How to Vaccinate 100 Million Americans in 100 Days