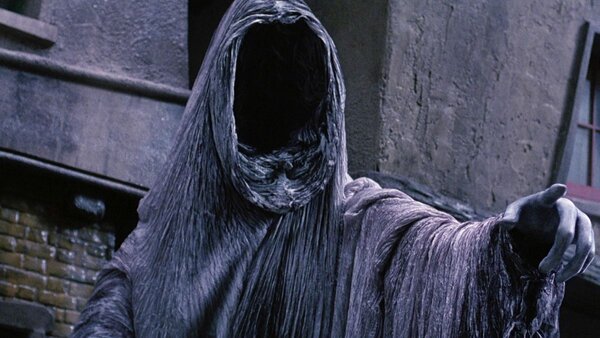 WASHINGTON — I had always been a bah humbug sort of person about Christmas.

It seemed like a season of stress, as my parents scrambled to find the money to buy presents for five kids and have a big feast. I didn’t like the materialism or the mawkishness. Why should there be one week of the year when we were all supposed to be Hallmark happy?

“You’re weird,” my mother told me.

Then I took a course on Charles Dickens at Columbia University with the estimable Prof. James Eli Adams, and I began to fathom the magic. As Dickens said in his sketch, “A Christmas Tree,” published in his journal “Household Words” in 1850, “Oh, now all common things become uncommon and enchanted to me.” His biographer Peter Ackroyd wrote that “Dickens can be said to have almost single-handedly created the modern idea of Christmas.”

Christmas morally radicalized Dickens. The disparity between the circumstances and fates of different people offended Dickens in the Christmas season. For him, it was a time to think about what we owe one another, how we live with one another; a time to have a proper sense of outrage about inequality and injustice, and to think about the past, present and future and how much they have to do with each other; a time to consider the good values we’ve thrown away and the bad values — selfishness, egotism, social snobbery, condescension and the worship of money — that infiltrate the heart.

Dickens became an outsider looking in when his middle-class life got disrupted by cold, grinding reality: His father went to debtors’ prison and, at 12, Dickens had to leave school to work in a bootblacking factory in London.

During a childhood in which he sometimes felt deprived and isolated, he put his faith in fairies. He found a portal to an ensorcelling invisible world, an Ali Baba’s cave of magical transformations and mythical kingdoms and became a Victorian Scheherazade. He was one of England’s greatest defenders of fairy tales because he believed these “nurseries of fancy” could teach positive values and imbue life, for children and adults, with transcendence; he also felt the macabre side of fairy tales — evil stepmothers, menacing monsters and big, bad wolves — was just as valuable for socialization as the reassuring side. His obsessions were the things at the core of fairy tales: clear-cut heroes and villains, defenseless children and hyper-dysfunctional families.

“I always think of make-believe as a way of making beliefs,” Maria Tatar, a folklore and mythology expert at Harvard, told me. “He understood the deep human need for myth, fantasy, imagination.”

In “A Christmas Tree,” Dickens wrote, “I felt that if I could have married Little Red Riding Hood, I should have known perfect bliss.” As Tatar explained: “She is the child in the woods who is the ultimate victim of the predatory. She is an innocent, powerless girl preyed upon by the rich and powerful. So you can think of Dickens as the first charter member of the MeToo movement.”

Ebenezer Scrooge resonates just as strongly now because we remain absorbed with the comeuppance of the 1 percent. Elda Rotor, a vice president and publisher for Penguin Classics, said that Dickens is a steady seller and that “A Christmas Carol” perfectly fits the definition of a classic book, acting as a bridge from how you relate to the past to how you forge forward.

Paul Giamatti played Scrooge in a Verizon ad this month; Ryan Reynolds and Will Ferrell starred in “Spirited,” a new rendition of the novella, first published on Dec. 19, 1843, now on AppleTV+; Steve Martin and Martin Short did a takeoff on the tale for a recent “S.N.L.”; The New Yorker offered a humorous take on Scrooge’s Instagram; and Jefferson Mays has gotten raves for his one-man version of “A Christmas Carol” on Broadway, in which he plays all 50 characters, as well as a boiling potato. Dickens is also a fairy godfather hovering over the Hallmark Christmas movies: There are Dickens festivals; the characters quote Dickens to each other; and one movie’s heroine has a dog named “Charles” after the writer.

I asked Mays why Dickens endures. “His sense of social outrage, his descriptions of misery are balanced by a celebration of the zest, the fun of life,” he replied. “Eating, drinking, dancing, loving. And that’s as important today as it has always been.”

As Mitch Glazer, who co-wrote “Scrooged,” the hilarious 1988 movie with Bill Murray, put it: “Dickens hits us with the setup: regret, loss, mistakes, missed love, wasted life, and then the punchline: ‘It’s not too late!’ In every version from his novella to Mr. Magoo to ours, I always get emotional when Scrooge is reborn.”

Dickens has taught me that it’s not too late to focus on the sweet memories, like the time my mom somehow bought me a doll’s kitchen I longed for that my parents couldn’t afford, or the way she would be aghast if we didn’t wear red and green.

The magic is there, if you look. So on this Christmas, as Tiny Tim said, God bless us, every one!