Good morning. We look at two men who spent decades behind bars for crimes they didn’t commit.

Curtis Flowers’s day typically began around 4:30 a.m., when a prison guard slid a breakfast tray into his cell. The tray often included a biscuit, potatoes, oatmeal or grits — “a bunch of starch,” as Flowers said to me recently, with a quiet laugh.

Sometime after 8 a.m., the guards led him from his cell to a small outdoor pen where he was permitted to exercise, look up at the sky and talk to other death-row inmates in nearby pens. The pen was large enough for him to take three steps in one direction and two steps in another. “Walking in circles, you get dizzy real quick,” Flowers said.

After an hour in the pen — sometimes less — he returned to his cell for the rest of the day. There, he read books, wrote letters, watched television and talked with the guards or fellow prisoners through the bars.

Flowers lived like this for more than 20 years, on death row in Mississippi — despite there being no good evidence that he committed the crime, a 1996 quadruple murder in a furniture store, for which he was convicted.

He was a victim of prosecutor misconduct. A local district attorney, Doug Evans, convicted Flowers on weak evidence that later fell apart: To this day, no witness or physical evidence even puts Flowers at the scene of the crime. The U.S. Supreme Court threw out his conviction in 2019, citing Evans’s blocking of Black jurors. Last year, the state of Mississippi dropped all charges.

When I spoke to Flowers by Zoom recently, I was awed by his grace. He has spent nearly half his life behind bars, and in 2018 was denied a request to attend his mother’s funeral, but he conveys a calm cheerfulness. “Just doing little things to make me happy,” he said, like bass fishing.

Still, there was one subject that sparked passion in him: the consequences — or lack thereof — for Evans, as well as for some of his friends still locked up in Parchman Farm prison. Flowers told me that while he believed many people at Parchman were guilty, others are there because of Evans’s misconduct. “It’s terrible,” Flowers said.

Yet Evans remains the top prosecutor for seven Mississippi counties. He “has faced no adverse consequences for his handling of the case,” as Parker Yesko — a member of the “In the Dark” podcast team that exposed the holes in the case — has written.

In recent years, a movement known as criminal justice reform has sprung up, supported by both conservatives and progressives. Its biggest goal is reducing the number of Americans behind bars — which is currently above two million, giving the U.S. the world’s highest incarceration rate. Another goal is to introduce more accountability for prosecutors and detectives found to have committed misconduct, creating incentives to avoid unjust convictions.

“Prosecutors can misbehave with impunity, facing virtually no consequences even when a judge says they have committed substantive misconduct,” Shaila Dewan, a Times reporter covering criminal justice, told me.

My colleague Jan Ransom has published a gripping account of another case of potential misconduct. It takes place in the Bronx and involves Huwe Burton, whose mother was stabbed to death in 1989, when he was 16. Three detectives coaxed a false confession out of him, using a mix of threats and lies, and he spent almost 20 years in prison. A judge has since exonerated him. 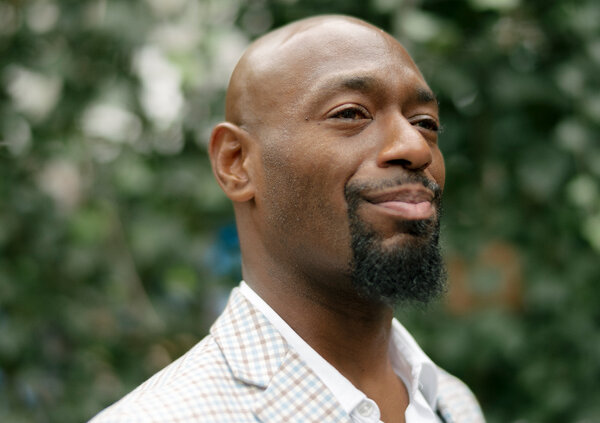 Darcel Clark, the Bronx district attorney, is now conducting an inquiry into whether the three detectives’ tactics tainted 31 other homicide cases. The detectives have denied wrongdoing, and Clark has suggested they were following “standard procedure” at the time.

Still, Jan writes, “the inquiry highlights how a new generation of prosecutors in New York and elsewhere is delving deeply into whether deceptive police interrogation tactics might have warped the criminal justice system.” In the Bronx and some other places, prosecutors have formed units to review old cases and tried to bar problematic police officers from testifying.

Prosecutors and police officers have tough jobs and sometimes make honest mistakes, as Nina Morrison of the Innocence Project, which helped free Burton, has noted. But outright misconduct is more frequent than many people realize. It played a role in more than half of the 2,400 exonerations documented nationwide over the last three decades. “For Black men wrongly convicted of murder, the proportion was 78 percent,” Jan writes.

Toward the end of my conversation with Flowers, I asked him what he thought should happen to prosecutors like Evans who have committed misconduct. Flowers replied that they should be subject to the same punishment they have inflicted on others. “It sucks to be behind bars,” he said, “and I don’t think he would want to sit back there.”

For more on Flowers: You can watch a “60 Minutes” segment or listen to “In the Dark,” both of which include interviews with both Evans and Flowers.

For more on Burton: I recommend taking a few minutes to read Jan Ransom’s story.

A sprawling storm dumped snow across much of the U.S., including areas that rarely get it. More than 6 inches fell on Austin, Texas — the most in 55 years. Millions of people are without electricity.

The cold shattered longstanding records: Temperatures dropped to 17 degrees in Houston and to minus 38 degrees in Hibbing, Minn.

“It’s snowing in Houston, and it’s going to be raining in Pennsylvania,” one meteorologist said. “When does that ever happen?”

Here’s what to expect today. And here are photos of the icy scenes.

The World Health Organization authorized the AstraZeneca-Oxford vaccine, clearing the way for global health agencies to distribute the shots in poorer countries.

A study in Israel found that the Pfizer vaccine reduced symptomatic infections by 94 percent — real-world results that mirror the clinical trials.

Speaker Nancy Pelosi said Congress would create an independent panel, modeled after the 9/11 Commission, to investigate the failures that allowed rioters to invade the Capitol.

President Biden and his economic advisers are moving away from decades of focusing on inflation, in the hopes of stimulating a quicker economic recovery, The Times explains.

The Republican Party is rebuking leaders who aren’t in lock step with Donald Trump. Among them: Representative Adam Kinzinger of Illinois and Senator Richard Burr of North Carolina.

Two weeks after the military took power in a coup, Myanmar’s protesting workers remain unbowed, even after the army sent armored vehicles into the streets.

The authorities in India jailed a climate activist, accusing her of distributing a Google Doc in support of farmers protesting new agriculture laws.

From Opinion: Could DNA tests help the U.S. reckon with the horrors of the past?

Lives Lived: As an editorial writer for The Daily News for 23 years, he wrote with passion about politics, art and more and lobbied for the U.S. to lift its trade embargo of his native Cuba. Albor Ruiz died at 80.

During a pandemic, ‘nice TV’ can help

What is “nice TV”? It’s a resurging genre of sitcom that focuses on day-to-day life and radiates a gentle sweetness. These shows tend to be “more lovable than sidesplitting,” as The Times’s TV critic James Poniewozik writes — but that’s the point.

Early examples include: “Parks & Recreation,” which follows a cheery director of a parks department in Indiana; “Bob’s Burgers,” an animated show; “Schitt’s Creek,” the Canadian series about a once-wealthy family who finds new purpose; and “The Good Place,” which is set in the afterlife.

Among the latest entries in the genre is “The Great North,” which follows the eccentric Tobin family in remote Alaska, and was created by “Bob’s Burgers” alums. “The genuine care that the Tobins demonstrate for each other never tips toward the cloying because The Great North’s writers are so good at inserting very specific jokes into the mix,” Jen Chaney writes in Vulture.

That’s a common feature of the best versions of “nice TV.” They don’t always avoid darkness, but their approach tends to be more sincere.

This spiced fried chicken is a staple in the night markets of Taiwan. Sue Li, the recipe’s developer, also made a how-to video.

Step into the soothing, digital rooms of YouTube, where users pair relaxing soundtracks with animated scenery. Themes include “jazz bar in Paris” and “swamp sounds at night.”

In “Minari,” a Korean-American family adjusts to rural life in Arkansas. The Times’s film critic A.O. Scott calls it “moving and downright revelatory.”

The pangram from yesterday’s Spelling Bee was vaguely. Here is today’s puzzle — or you can play online.

Here’s today’s Mini Crossword, and a clue: Stuck in the mud (five letters).

P.S. The word “ultrabillionaire” appeared for the first time in The Times yesterday, in a review of Bill Gates’s new book.

On today’s episode of “The Daily,” an impeachment manager talks about Trump’s acquittal. On the latest Book Review podcast, Simon Winchester and Amelia Pang discuss their new books.