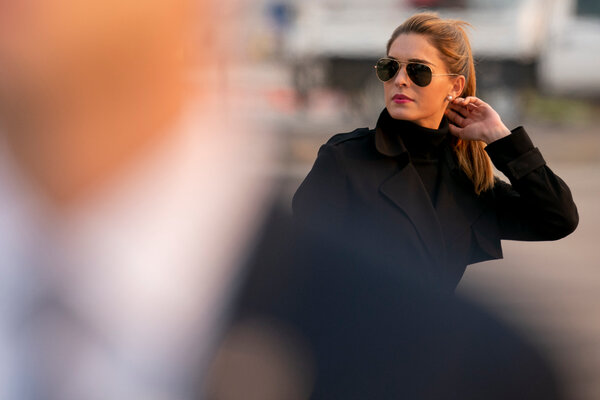 Trump will quarantine after his aide tests positive

President Trump said that he and his wife, Melania, would begin a “quarantine process” after one of his most senior advisers, Hope Hicks, tested positive for the coronavirus. Ms. Hicks traveled with Mr. Trump aboard Air Force One this week.

Mr. Trump tweeted late Thursday that he and the first lady, who were both tested for the virus, would await their results.

Ms. Hicks was one of the few White House senior aides seen sporadically wearing masks in meetings, according to her colleagues. But she also has been photographed around Mr. Trump without one.

We have the latest updates and maps of the pandemic.

In other coronavirus developments:

The mayor of Moscow ordered companies to send home 30 percent of their workers — and anybody older than 65 or with an underlying condition — after the number of virus cases in the capital doubled over the past week.

Madrid, the center of Spain’s second wave, has launched a court challenge against a national decree that would lock down the capital and prevent area residents from traveling to other parts of the country.

In his first long interview since his discharge from a Berlin hospital, Aleksei Navalny, the Russian opposition leader who was poisoned in August, said that the attack had been ordered at the highest level of Russia’s security or intelligence services because a military-grade nerve agent was used. Those services answer to President Vladimir Putin.

“Putin is behind the crime,” Mr. Navalny told the German newsmagazine Der Spiegel in the interview published on Thursday. “I have no other versions of the crime. I am not saying this to flatter myself, but on the basis of facts.”

Waiting for him to die: Mr. Navalny and his team say they believe that he was poisoned in his hotel room in the city of Tomsk, in Siberia. He was hospitalized for two days in Omsk before being flown to Germany for treatment. The Russians had initially been determined not to let him leave the country, he said, adding, “They were waiting for me to die.”

Related: “The Salisbury Poisonings,” a four-part drama on the 2018 poisoning of the former Soviet spy Sergei Skripal in Salisbury, England, focuses on the ordinary Britons whose lives were upended. Even for our reporter who followed the saga closely, the series contains revelations.

European Union leaders broke a longstanding impasse to impose sanctions on Belarus. The delay had been a huge embarrassment for the bloc.

The breakthrough came after Cyprus agreed to go along with sanctions to punish Belarus for its crackdown on protesters after flawed elections on Aug. 9. Cyprus had resisted because it wanted penalties imposed on Turkey for its energy explorations in Cypriot and Greek waters.

Opinion | In Defense of Ayn Rand