He was sometimes called the “billionaire millennial,” and his ambitions were no less grand than his nickname.

Lin Qi, a 39-year-old video game tycoon, had spent a small fortune buying up the rights to a Chinese science fiction novel called “The Three-Body Problem.” A tale of alien invasion that intertwined cosmic machinations with the horrors of China’s Cultural Revolution, the book had become an unlikely international best seller that counted Barack Obama among its admirers.

Mr. Lin saw even bigger possibilities. He envisioned a global film and television franchise based on the book and its two sequels that would approach “Star Wars” levels of cultural recognition. He was working with Netflix and the creators of the “Game of Thrones” television series to make it come to pass.

He would never see it happen. Mr. Lin was poisoned in December, according to the police in Shanghai and accounts from state-run media, and he died on Christmas Day. His death has rattled China’s technology and gaming worlds and set off furious speculation about who killed him and why.

It has also turned attention to the unlikely story of Mr. Lin, a would-be global media tycoon undaunted by rising tensions between China and the West, who dreamed of bringing a product of Chinese popular culture to the global mainstream.

China’s government and its creative class alike have long worked to bring the country’s ideas and characters to a world audience, opening up new markets and giving Beijing a soft-power boost to counter the share of mind the United States has won through Hollywood, popular music and other cultural ephemera. 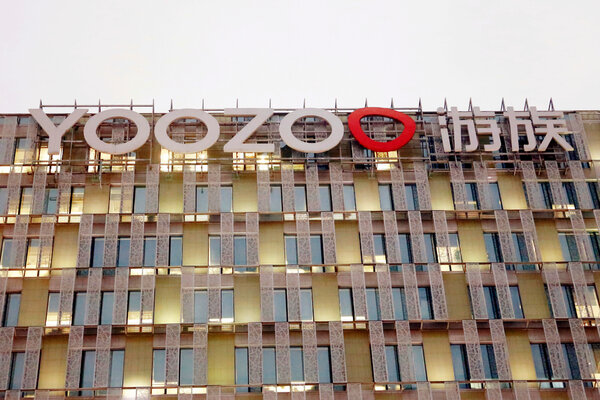 Those efforts have had mixed results, which many blame on the tight controls Beijing maintains on games, books, television shows and movies.

The Shanghai police said in a statement that on Dec. 17, they received a report that Mr. Lin had most likely been poisoned. After an investigation, they detained a man surnamed Xu, who they said was a colleague of Mr. Lin’s. The police said they were holding Mr. Xu under suspicion of committing a major crime, but they did not offer further details.

Chinese media, including official outlets, have widely identified the suspect as Xu Yao, an executive at Mr. Lin’s gaming company, Youzu Interactive, which goes by Yoozoo in English. Those reports could not be independently confirmed, and the company did not respond to a request for comment.

It was not clear how or whether Mr. Lin’s death would affect Netflix’s plans for “The Three-Body Problem.” Netflix did not immediately respond to an emailed request for comment.

In September, the American streaming service said it would turn the trilogy into an original series developed by David Benioff and D.B. Weiss, the executive producers of “Game of Thrones,” with a creative team that included Liu Cixin, the author of the books. Mr. Lin was listed as an executive producer.

“The Three-Body Problem” is the first book in what Mr. Liu called the “Remembrance of Earth’s Past” trilogy. The book, set in present-day China, tells the story of an engineer called upon by the Beijing authorities to look into a spate of suicides by scientists. He discovers an extraterrestrial plot with roots in the Cultural Revolution, the decade of paranoia that led to the persecution and torture of perceived enemies of the Communist Party, which lasted until Mao Zedong’s death in 1976.

The English version of “The Three-Body Problem,” translated by Ken Liu, became a sensation when it was released in 2014. It won the Hugo Award, a major science fiction accolade, for best novel. Mark Zuckerberg added it to his reading list. Mr. Obama, in an interview with The New York Times, called it “fun to read, partly because my day-to-day problems with Congress seem fairly petty — not something to worry about. Aliens are about to invade.”

Mr. Lin made it his life’s work to make the novel known to an even broader audience, according to an online memorial written by Chen Long, a professor who taught Mr. Lin at Hupan University, a business school. Beginning in 2014, Professor Chen said, Mr. Lin started buying up copyrights and licenses connected to the books.

A native of Wenzhou, a coastal city famed for its entrepreneurial spirit, Mr. Lin had said his family ran a coal mining business. Even after he moved to Shanghai to try his luck in the video gaming industry, he kept up his Wenzhou ties, holding a position as the executive chair of a Wenzhou business association in Shanghai.

Mr. Lin became a part of a new, younger group of entrepreneurs who were more aggressive than their elders about growing business outside China. His successes show how companies continue to work on projects spanning China’s borders, despite Beijing’s worsening relations with the United States and some other countries. Outside China, Yoozoo was best known for its 2019 release of Game of Thrones: Winter Is Coming, an online strategy game based on the books and television show.

Mr. Lin built his fortune in the early 2010s, as Chinese people flocked to mobile phones to play games and spend money on virtual items. Yoozoo made a series of popular multiplayer online games that made the company worth billions and minted him as one of China’s youngest billionaires. By 2019, his net worth was about $1 billion, according to the Hurun China Rich List, which tracks the country’s wealthy.

A hard-core video gamer, Mr. Lin also enjoyed tea, soccer, car racing and Chinese calligraphy. In an appearance on a Chinese television show, “Boss Town,” he recalled that his entrepreneurial instincts came early. After spending his monthly allowance in middle school, he said, he would raise money from his family.

“If you keep going forward, there will always be opportunity lying ahead,” he said. “I am not afraid of failure. I can just start over again.”

His biggest challenge remained how to build out the world of “The Three-Body Problem.” An earlier attempt to make a Chinese-language movie from the book failed.

After the news of his death spread, employees at Yoozoo held a vigil outside the Shanghai company’s headquarters, Chinese media reported. Many others took to the internet to express their grief.

“My friend has died,” the science-fiction author Kennedy Xu wrote in a post shared by Yoozoo on social media. “It happened in a way that was impossible to imagine. He was a dreamer and lived life to the fullest. I have become numb to the absurdities of this world.”