Home » Business » After 50 Years, the Customer Still Rules at Browns in London

LONDON — It hasn’t been the golden jubilee year that everyone had been hoping for, but true to the sense of purpose and optimism that has long defined the landmark retailer Browns, its 50th-anniversary celebrations are steaming ahead, while the store will move to a new site in Mayfair later this year, as planned.

Derring-do, determination — and a willingness to defy convention — have been part of the retailer’s makeup since it opened in 1970. Over the years, and with Joan Burstein steering the buy and the merchandising, Browns famously launched and nurtured young labels including John Galliano, Alexander McQueen and Hussein Chalayan, and introduced international ones, such as Donna Karan, Ralph Lauren, and Missoni to the U.K. market.

In the early days of Browns, the mix included Walter Albini for Callaghan, Karl Lagerfeld for Chloé, Giorgio Armani, Jil Sander, and Calvin Klein, the latter of which were still small labels when she bought them. Galliano has called Burstein his fairy godmother, while some big British names including Paul Smith, Manolo Blahnik, Liz Earle, and Richard James worked for Browns, designing, buying, or on the shop floor.

Browns, which was purchased by the fashion retail platform Farfetch in 2016, continues to pioneer today. Chief executive officer Holli Rogers and her team are working to enmesh digital and physical services and sales; to cultivate customers across a range of ages and incomes, and to promote emerging talent, sometimes before the designers have even graduated from fashion school.

Burstein, who at 94 is the same age as Queen Elizabeth II (both she and Her Majesty are also partial to Launer handbags), is no longer in charge, but she still looms large in the life of the store. She is still known at Browns, and within the industry, as Mrs. B. Rogers would argue that she and her team hold close the Burstein values, embodied by Joan, her husband Sidney, her son Simon and daughter Caroline, all of whom worked in the business.

Those values include putting the customer first; focusing the buy, and believing in bricks and mortar even at a time when physical retail is collapsing on itself, wholesale is in crisis and luxury shoppers are opting for digital. 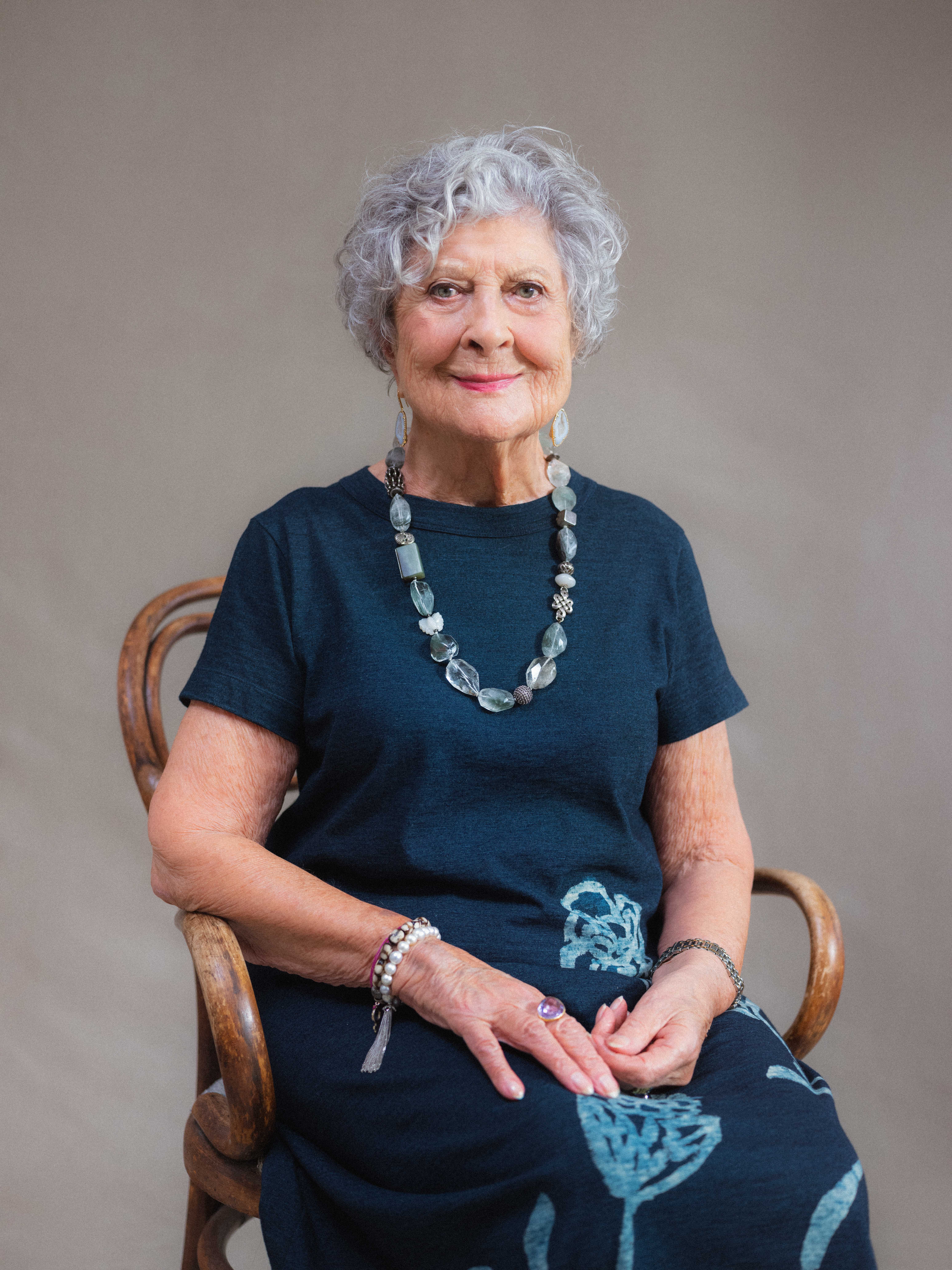 In a joint Zoom interview, the two generations of retailers talked about how much – and how little – the business has changed since Browns was founded, and the electric shock of joy that the right fashion purchase can bring.

“When Browns opened, we had a very personal relationship with our customers. We got to know their names and all about them. You really wanted to look after your customer, to help them. You wanted them to come to you because you’ve got the best of the best,” said Burstein, adding that she would always tell her salespeople never to let anybody out of the shop “not looking good in what they’ve bought. We weren’t selling on commission. You need to give pleasure to your customer and your customer gets pleasure from you.”

Burstein said that in the early days of the store, when clients included Julie Christie, Linda McCartney and Claire Bloom, her aim was to “dress all those beautiful young people, to make them aware of how they could look, how they could love their clothes. I think I just wanted to make people happy as well as [attracting] customers. I wanted them to feel joyous when they walked out of Browns with their possessions.”

One of the highlights of Burstein’s years at Browns was holding a one-off sale where every item cost 25 pounds. “It was the most wonderful day, and a really lovely thing to be able to do – just to make people happy. And it really did. One customer thanked me every time she saw me after that – and she was very wealthy.

“She bought a very expensive dress by the Japanese designer Hanae Mori, who did glorious beaded dresses. She paid 25 pounds, and she’s never forgotten,” said Burstein. 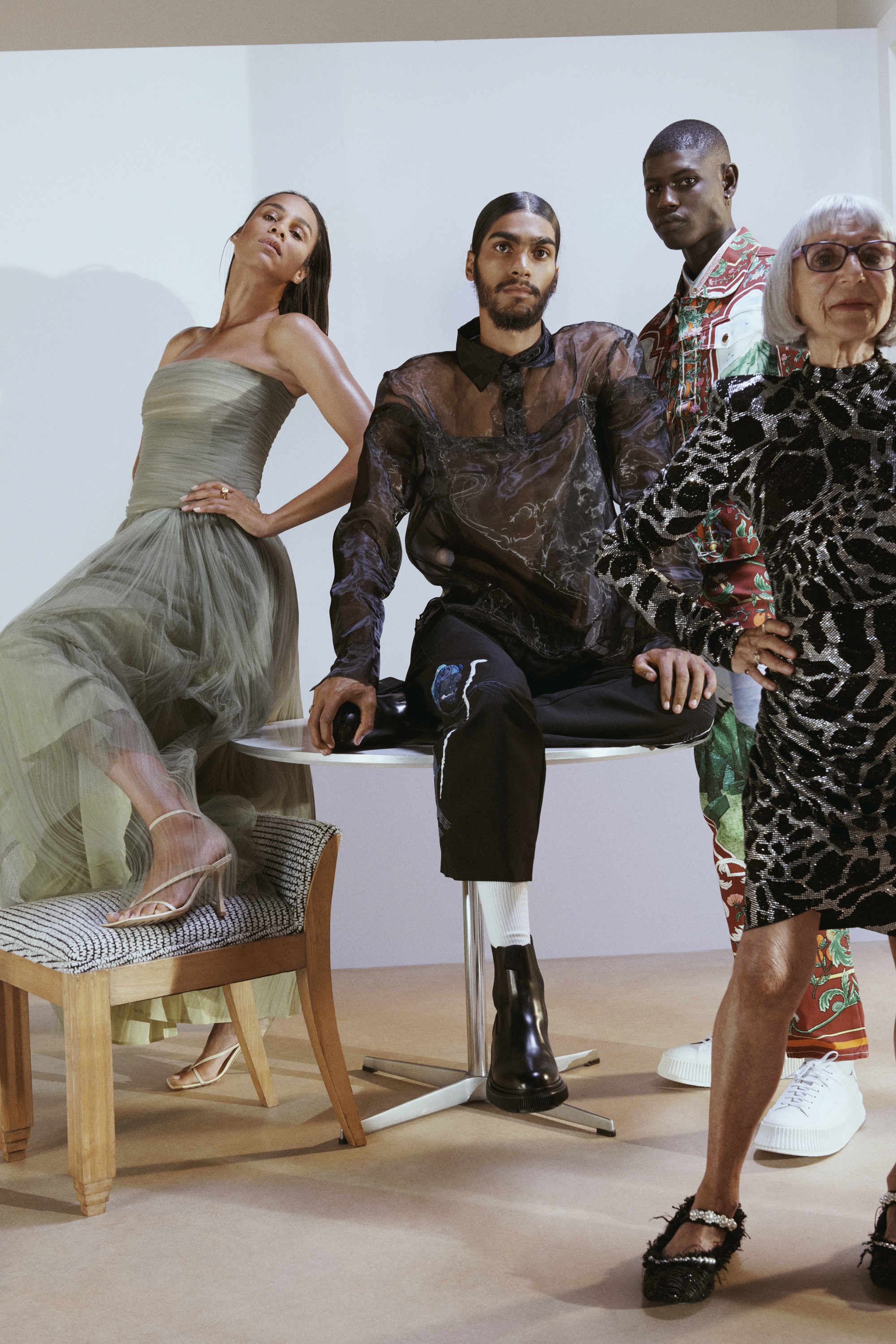 While Rogers may not be planning a 25 pound sale any time soon, she said that it gives her a buzz when students walk into Browns in Mayfair and Browns East in Shoreditch.

She said that recently, “I saw a group of 16-year-old kids walk in the store and there were stars in their eyes. It’s a fantastic thing to watch, and you want to make sure that you have something for them. So many luxury brands these days have started doing lower price point products, and we also want to make sure that we help with that crossover, with a Gucci wallet, or a pair of trainers.”

Browns has also put its money behind a lot of young London labels including Craig Green, Charles Jeffrey Loverboy, and Molly Goddard.

Rogers argued that technology has only furthered the connection with the customer.

Sales assistants on the shop floor, she said, no longer have to “run off and forage for a pair of shoes. They can actually look for it on their phone, or on the app, and then ask someone to bring it up so they don’t lose that connection with the customer.”

She added that when stores were physically closed during lockdown, “sales associates were still connecting with their customers on a daily basis, and doing virtual appointments. Mobile devices enabled that. I know a lot of store staff missed their customers, and customers missed their key sales associates. There’s this other level of connection and passion there. When we open up the doors of the new store, that customer journey will be a critical piece.”

Browns was supposed to move earlier this year from its historic series of shopfronts on South Molton Street to a single unit on nearby Brook Street, but lockdown meant those plans were pushed to early December.

The new unit will span 9,180 square feet over four floors, and Rogers said that from day one of planning, she wanted to ensure it aligned with Burstein’s way of thinking.

Interconnected rooms, original floorboards, hand-painted wallpaper and a private courtyard are meant to evoke a private residence, while the store has tapped the hot Italian architecture and design firm Dimore Studio to refurbish the building, which was built in 1720 and was formerly home to the fabric and wallpaper brand Colefax & Fowler.

The new store will feature “The Focus,” named after Browns Focus, and it will feature a hub of capsule collections, collaborations and emerging talent. There will also be an immersive experience room, a series of multisensory and experiential retail pop-up spaces, and a dedicated VIC, or Very Important Customer, space. The store will offer styling, wardrobe advice and have a restaurant.

The mix will continue to be fiercely edited.

Burstein said that in her day she and her buyers lived by the maxim: “‘When in doubt, leave it out.’ If you’ve got any doubt about anything that you’re about to buy, forget it, just drop it. Your first instincts are usually the best. That, to me, was very important, really. Integrity. A great part of the whole philosophy of Browns was integrity,” she said.

She cannot wait for the new store to open. “I think it’s so wonderful, really, in these difficult times to be opening a new shop. You’re leading the way again,” Burstein told Rogers during the interview.

“It’s really marvelous, it’ll raise everybody’s hopes. They’ll think ‘My god, if Browns can do that at this time in our lives, it’s amazing.’ I’m very proud to be a part of it, really, I am. It’s wonderful. You can bring hope to everybody. And I’m extremely grateful, we all are, the whole family.”