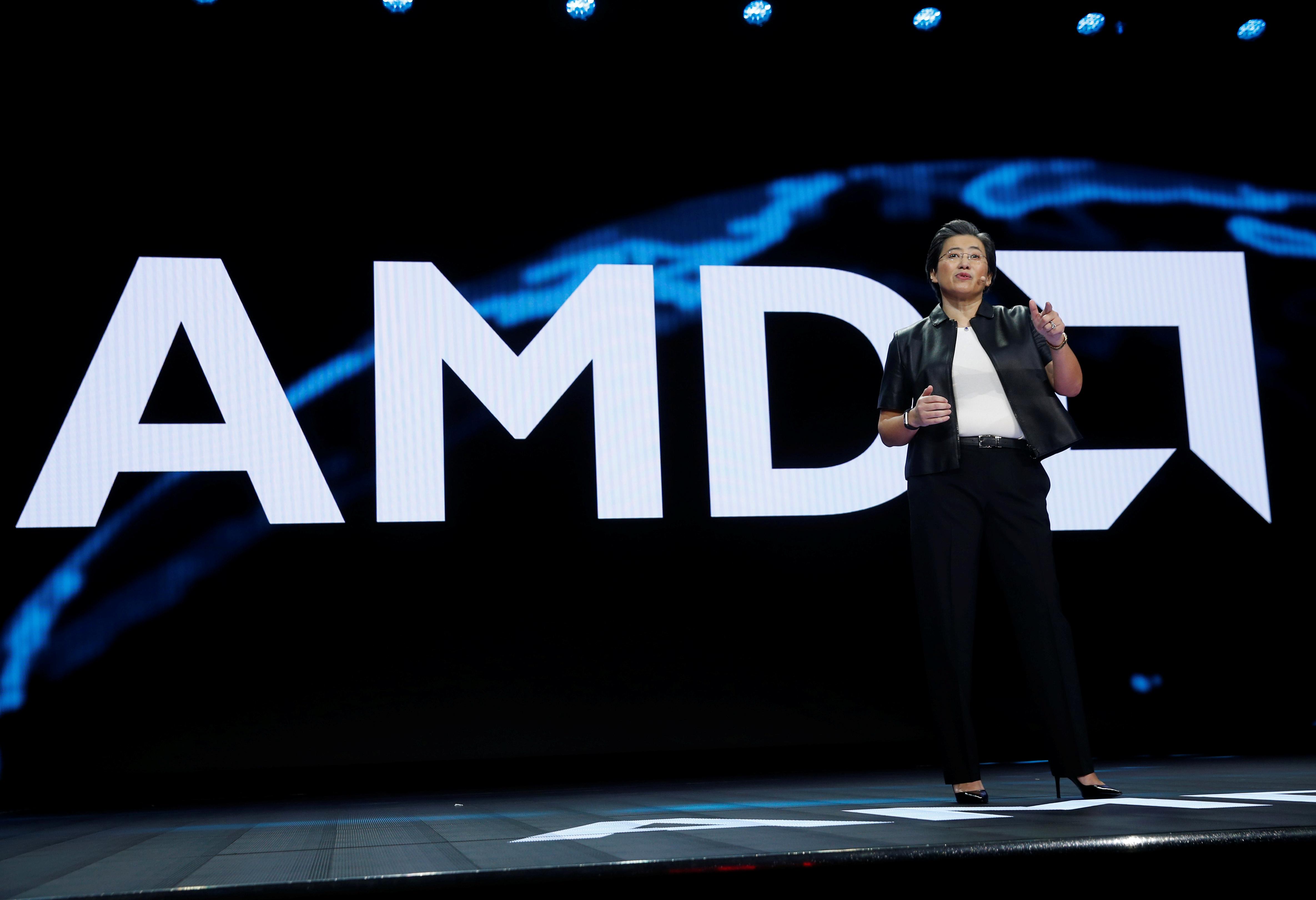 (Reuters) – Advanced Micro Devices Inc (AMD.O) raised its full-year revenue forecast on Tuesday, driven in part by an overall surge in chip demand due to a global shift to work from home, and market-share gains from larger rival Intel Corp (INTC.O).

AMD’s shares jumped 10% in extended trading after it also forecast current-quarter sales above Wall Street targets. The stock has gained about 50% this year through Tuesday’s close as investors cheered its success in next-generation chips, at a time when Intel faces delays in building the smaller, faster 7-nanometer chip technology.

AMD, which relies on outside foundries to make its chips, has started to take market share from Intel with offerings made on Taiwan Semiconductor Manufacturing Co Ltd’s (2330.TW) 7-nm process technology.

On a conference call with analysts, AMD Chief Executive Officer Lisa Su said capacity for making 7-nm chips at TSMC factories was “tight” but that AMD believes it can meet demand as customers switch from Intel.

AMD now expects 2020 revenue to grow by about 32%, driven by strength in PC, gaming and data center products.

It expects third-quarter revenue at about $2.55 billion, plus or minus $100 million, compared to analysts’ average estimate of $2.32 billion, according to IBES data from Refinitiv.