YUYAO, China/SHANGHAI (Reuters) – In the eastern Chinese city of Yuyao, a group of five face-masked workers at a Geely auto plant, stood almost shoulder to shoulder behind an SUV as they conducted paint and other quality checks. 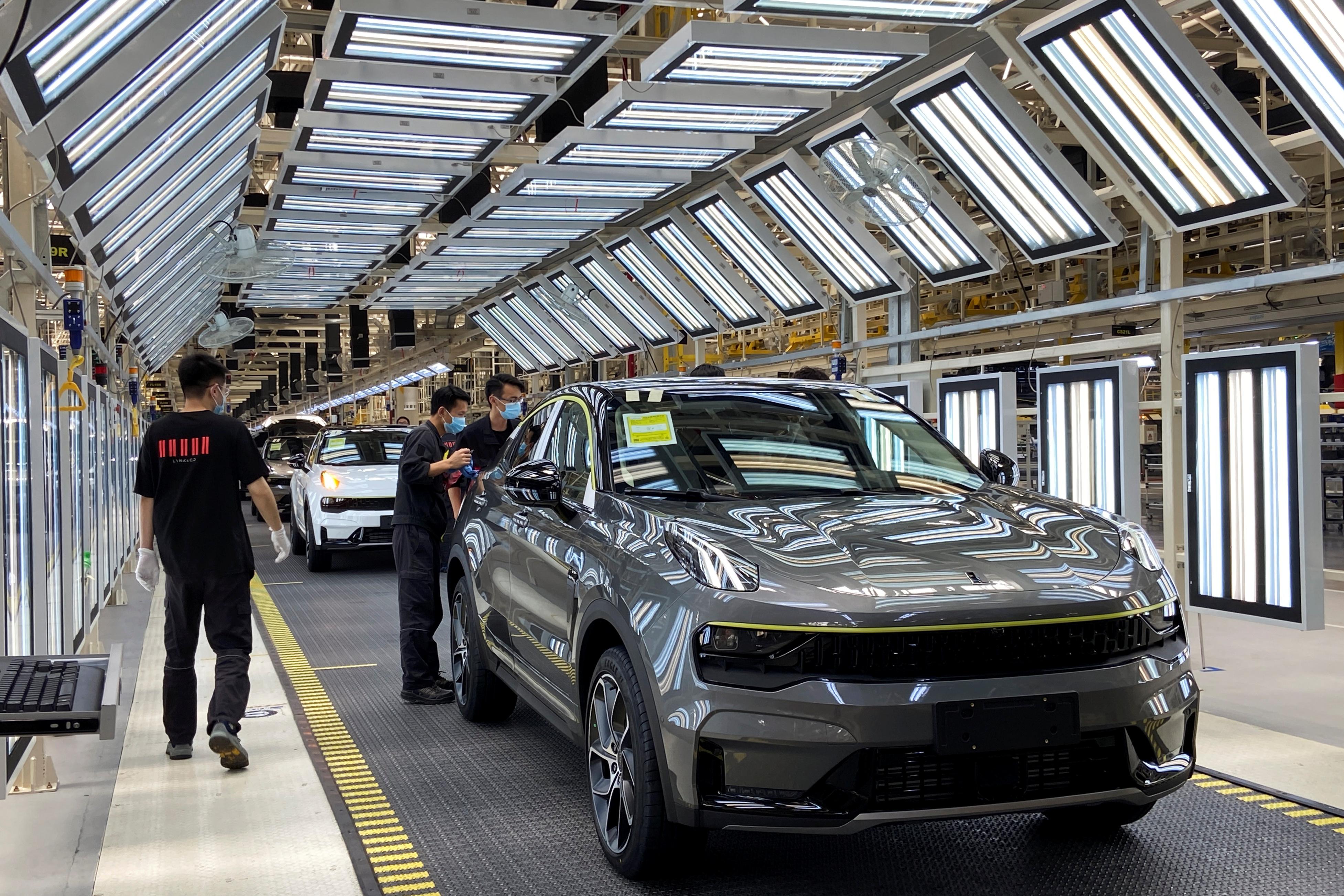 That scene would not have been possible a month ago.

The most significant rule to be relaxed – in line with an easing of guidelines by local governments – has been the requirement that production line workers stand at least 1 metre apart. That rule was put in place by many authorities in February when the outbreak was at its height in China but it was also a rule that auto industry insiders said had hamstrung productivity.

“Workers need to work together to check the quality of the job,” Shen Qingguang, safety manager at Geely’s Yuyao plant where some 1,000 workers build sport utility vehicles for its Lynk & Co marque, told Reuters.

Employees often need to work together on the final assembly line in particular, he added. But where working close together is not deemed necessary, the 1 metre rule still applies and Geely office staff must work 1.5 metres apart.

Manufacturers in China are, however, several weeks or in some cases months ahead in terms of reopening, providing a window into how worker practices could evolve. That said, restrictions will vary by country and region.

For Tesla Inc’s (TSLA.O) Shanghai plant, workers were required to maintain a distance of 1 metre in February but like many other China plants, that rule has now been eased.

In contrast, Tesla’s “Return to Work Playbook” published this month for its Fremont, California factory calls for workers to maintain a distance of 6 feet or 2 metres, or for barriers to be established where that is not possible.

At Beijing Benz Automotive Co, a Daimler venture with China’s BAIC Group [BEJINS.UL], the 1 metre rule has also been relaxed for production line staff and workers wearing face masks could be seen working near each other.

A noticeboard showed weekly production for one line making E-Class sedans, GLC sport utility vehicles and other models had jumped to over 4,000 vehicles from 1,100 in early February.

Indeed, Chinese auto production is by and large back on track, climbing 2.3% in April from the same month a year earlier to 2.1 million vehicles. Vehicle sales also grew, up 4.4% for their first rise in 22 months. Geely said its Yuyao plant had managed to return to full capacity in early March.

Many strict measures are, however, still in place. At all six plants visited by Reuters, face masks are compulsory – even though some smaller Chinese cities have begun to relax rules about wearing them. Workers must also have their temperatures checked daily and factories are regularly disinfected.

All of the plants visited, which included plants operated by Japan’s SMC Corp (6273.T), which supplies equipment for production lines, Ningbo Joyson Electronic Corp (600699.SS) – a maker of electronic and safety gear for cars, and Hongyu Electric, a wire supplier for vehicles, said they have not had a case of a coronavirus infection since February.

At Geely’s Yuyao plant, rules have also been relaxed for lunch. Previously, workers had to sit on chairs far apart near the production line, all facing one way with their backs to each other. 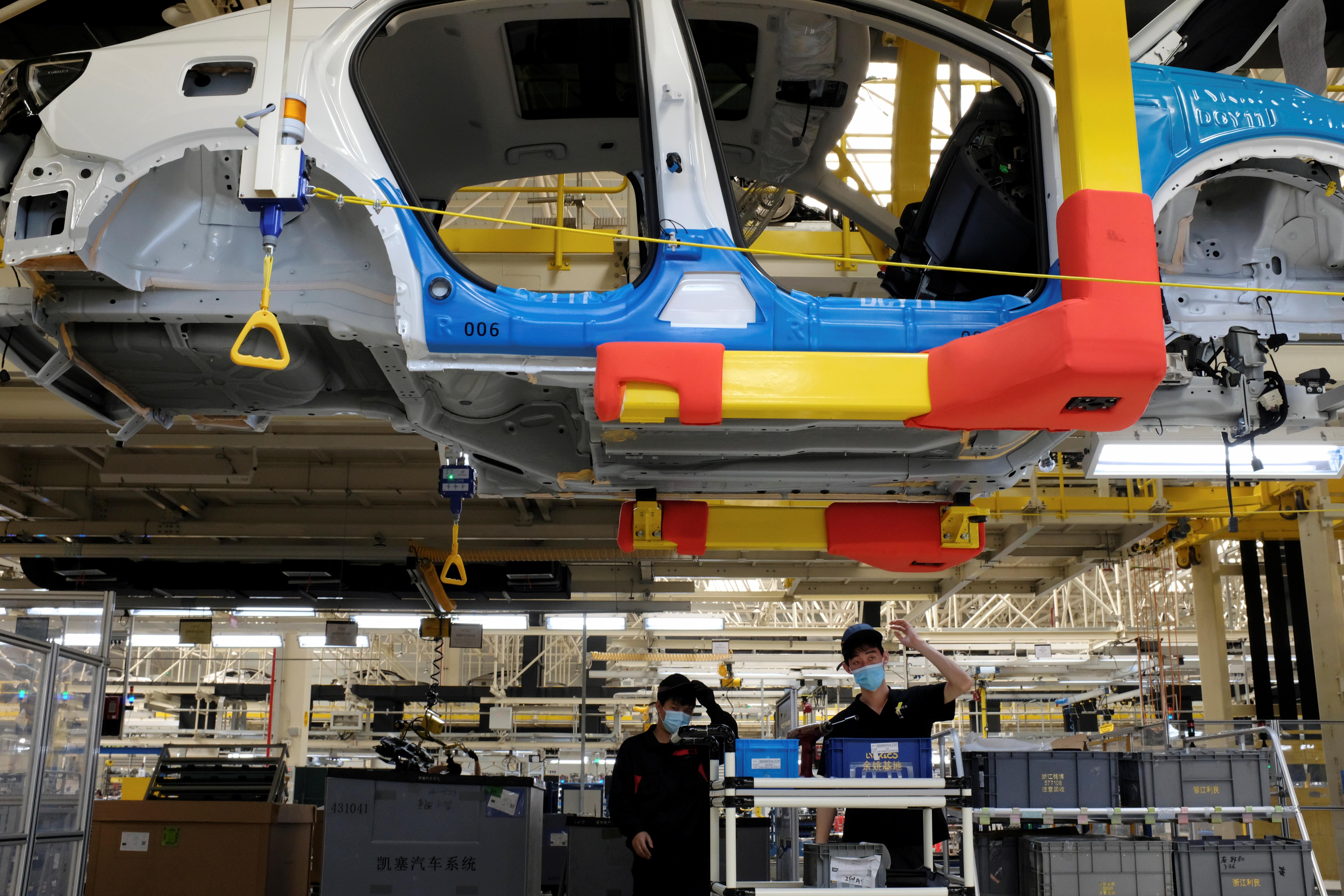 Now they are allowed back in the canteen, with two workers allowed to sit at a table for four, seated diagonally apart. There are no barriers on the table but sitting directly opposite each other or side by side is still forbidden. Hongyu Electric has introduced similar rules.

“Everyone wants to be safe,” he said.