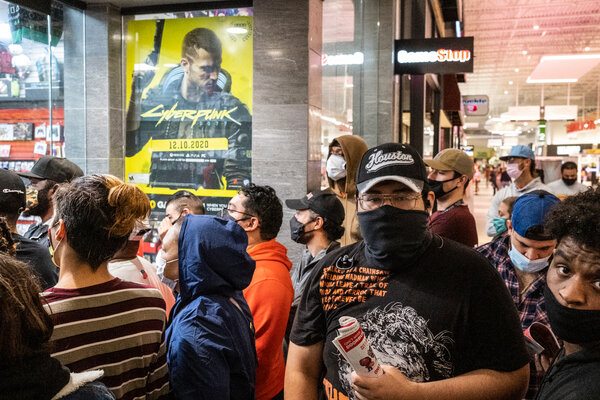 In an epic contest between Wall Street traders who bet against stocks and legions of small-scale investors, the small guys are winning.

On Monday, shares of the struggling video game retailer GameStop surged more than 35 percent, adding to a recent rally that has lifted the stock by roughly 400 percent in January and making it a glaring illustration of the growing power of small investors in certain segments of the financial markets.

Shares of companies like GameStop are becoming detached from the kinds of factors that traditionally help benchmark a company’s valuation — like growth potential or profits. Analysts expect the company to report a loss from continuing operations of $465 million for 2020, on top of the $795 million it lost in 2019.

What seems to be fueling this spike is an online community of traders, who congregate in places like Reddit’s “Wall Street Bets” forum and hype up individual trades. Lately, they’ve made buying short-dated call options on GameStop’s shares — an aggressive bet that the shares will rise — a favorite position.

Market analysts and academics say a rush of new money in such short-dated call options can create a sort of feedback loop that drives the underlying share prices higher, as brokerage firms that sell the options have to themselves buy shares to hedge the contracts.

Over the past year, these individual investors have been pouring into the market, lured by free trades, extra cash from relief payments or even an itch for action with many sports leagues shut down.

And in GameStop’s case they have found themselves going up against a different group of speculators. The company’s struggles have also made it a favorite target for short-sellers — who bet on a stock’s decline by selling shares they don’t actually own. Short sellers profit when a stock has plunged and they can buy those same shares back at a lower price.

Of course, with GameStop’s shares surging, those investors are losing a lot of money. And their rush to get out of the trade by buying shares can cause a surge in prices, too, called a short squeeze.

On Monday, the small traders on Wall Street Bets and the messaging site Discord were encouraging each other to hold on to their positions as the short-sellers ran for the exits.

“Am I too late to get on the GME rocket?,” one commenter on Wall Street Bets wrote shortly after 10 a.m.

“No buy the dip,” another responded.

On Discord, the message was clear.

“GME ONLY UP,” one commenter wrote.