Home » Business » Anyone Can Manipulate the Market. Here’s How to Fix That.

There will be academic case studies on the mania around GameStop’s stock. There will be philosophical debates about whether this was a genuine protest against hedge funds and inequality or a pump-and-dump scheme masquerading as a moral crusade. Eventually, we will learn whether this was a transformational moment powered by social media that will shift the investing landscape forever, or a short-term blip that soon fades away.

What’s less up for debate is this: The public has a deep distrust of the stock market and everything it represents. That lesson has been laid bare by the anger coursing through the Reddit posts and Twitter threads of GameStop traders and throngs cheering them on.

What the Reddit investors did, more than anything else, was demonstrate in the starkest terms that they could manipulate the market in the way that so much of the public believes hedge funds and wealthy investors do every day. In doing so, they exposed the fallacy that the stock market was ever a level playing field.

So now what? If any good can come from this beyond the feel-good story of some retail traders profiting at the expense of hedge funds — which may reverse before this story is over — it requires a real conversation about how to make a more fair market that nobody can manipulate, that provides the same opportunities for everyone to create wealth.

This was made plain to me by a user on Twitter, who replied to something I had said about trying to protect some of the less sophisticated retail investors who had bought up GameStop shares that might lose money they can’t afford: “‘Protecting investors’ is demeaning. These investors don’t care if they lose it all, they are donating to the cause.”

That may or may not be true, but in the spirit of the “cause,” here are a handful of policy ideas to help level the playing field. Think of them as conversation starters, not endorsements. Each have pros and cons and likely some unintended consequences. 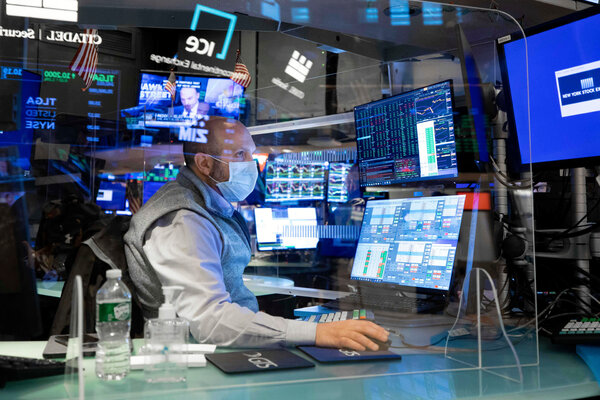 A transaction tax for high-frequency traders. One of the arguments repeatedly made by critics of Wall Street is that high-frequency traders — who are buying and selling in milliseconds — have made a mockery of the idea of actual investing. These traders are often taking advantage of price discrepancies using algorithms in a way that no retail investor has any opportunity to do, creating great wealth at firms like Citadel and Virtu Financial. A transaction tax of even 0.1 percent on the value of trades would not only raise nearly $80 billion a year, but it would meaningfully reduce high-frequency trading by making it less profitable. Bills have been proposed in Congress repeatedly for such a tax and struck down.

The con: Proponents of high-frequency trading say that it creates more competition and therefore makes the market more efficient for all participants, including retail investors.

Disclosure of short positions. Big hedge funds have to disclose their “long” positions when they cross the threshold of owning 5 percent or more of a company’s shares. No such disclosure is required for short positions. At all. Shouldn’t there be? If we as a society believe transparency is important to understand who is buying up shares, it would seem logical that we also want to know who is betting against them. Some people believe that short selling itself should banned, but others believe it performs an important policing function by incentivizing shareholders to scrutinize companies for fraud, chicanery or simple mismanagement.

The cons: If short sellers were forced to disclose their bets, they could find it difficult to build meaningful positions. Shorting a stock can take time, and building the position could make them targets of investors who might put them in a short squeeze, similar to what we saw play out over the past week.

End private meetings between companies and big investors. Passing important information that is not publicly disclosed to all investors is illegal. But big investors travel across the country constantly to visit C.E.O.s and privately grill them about their businesses. The retail investor can’t get in these meetings. While most executives are careful not to pass news of impending earnings or a merger, it is hard to believe that big investors would spend the time and money to get these meetings if they didn’t believe that it provided them with an edge that they couldn’t get otherwise.

The cons: Companies often say they want to hear from their biggest investors and get feedback on their performance. Some big investors also say that given the amount of money at stake — especially when making a long-term investment commitment — they want to know the management team personally.

Access to private investments for anyone with smarts, not wealth. The Securities and Exchange Commission says that only “accredited investors” can put money in private investment vehicles like venture capital and private equity funds, which often generate some of the biggest returns. Historically, being an accredited investor was measured by wealth. The S.E.C. recently changed the rule to allow people with deep financial experience to invest even if they don’t meet the wealth thresholds. What about a test for anyone who wants to become an accredited investor, like a driver’s license for investing? This would create a fairer system and ensure anybody putting money in the most risky vehicles has the required financial literacy to fully understand the risks.

The cons: Even the most sophisticated investors lose sometimes, but someone with a lot of wealth has a cushion. Someone with less to lose may be forced to rely on the social safety net when an investment goes wrong. And a financial literacy test for everyone might mean some of the wealthiest investors won’t take — or pass — the exam, preventing money from being invested in risky but important early-stage companies.

End payment for order flow. When Robinhood, the brokerage app, was introduced, its biggest innovation was eliminating trading commissions. The move was a huge hit, and the company grew so quickly that other brokerage firms eliminated their fees, too. So how do they make money? Robinhood’s unique insight was that it could charge market makers to execute trades for it. Market makers, in turn, extract a profit for fulfilling each trade and insights from the flood of data. In the case of Robinhood, Citadel Securities clears a majority of its trades and represents its biggest source of revenue. That has created questions about conflicts of interest and instilled a sense of distrust in the system. Ending the practice could give retail investors more confidence that the prices of their trades reflect prevailing conditions on exchanges and not private arrangements between brokers and other parties.

The cons: This is a big one — trades wouldn’t be free. If you believe that no-commission trading has helped democratize the market and made it more accessible for retail investors, then eliminating it would make the playing field less equal.

Reintroduce the Buffett Rule. In 2012, President Obama proposed what was called the Buffett Rule, a minimum effective tax of 30 percent for anyone with an income over $1 million. It was named after the billionaire investor Warren Buffett, who said he shouldn’t be able to pay a lower effective tax rate than his secretary. It meant that no loopholes — via capital gains, carried interest or estate tax maneuvers — could be used by the wealthy to lower their taxes. While the Buffett Rule won’t change opportunities in the market, it might help foster a sense a fairness in the system, which is partly what the GameStop trade is about. People want to believe that everyone is paying their fair share.

The cons: There are no cons to creating more trust.