TOKYO (Reuters) – Asian stocks edged up on Friday but were on course to end the week lower as deteriorating U.S.-China relations add to uncertainties over how fast economies can recover as they start to emerge from lockdowns. 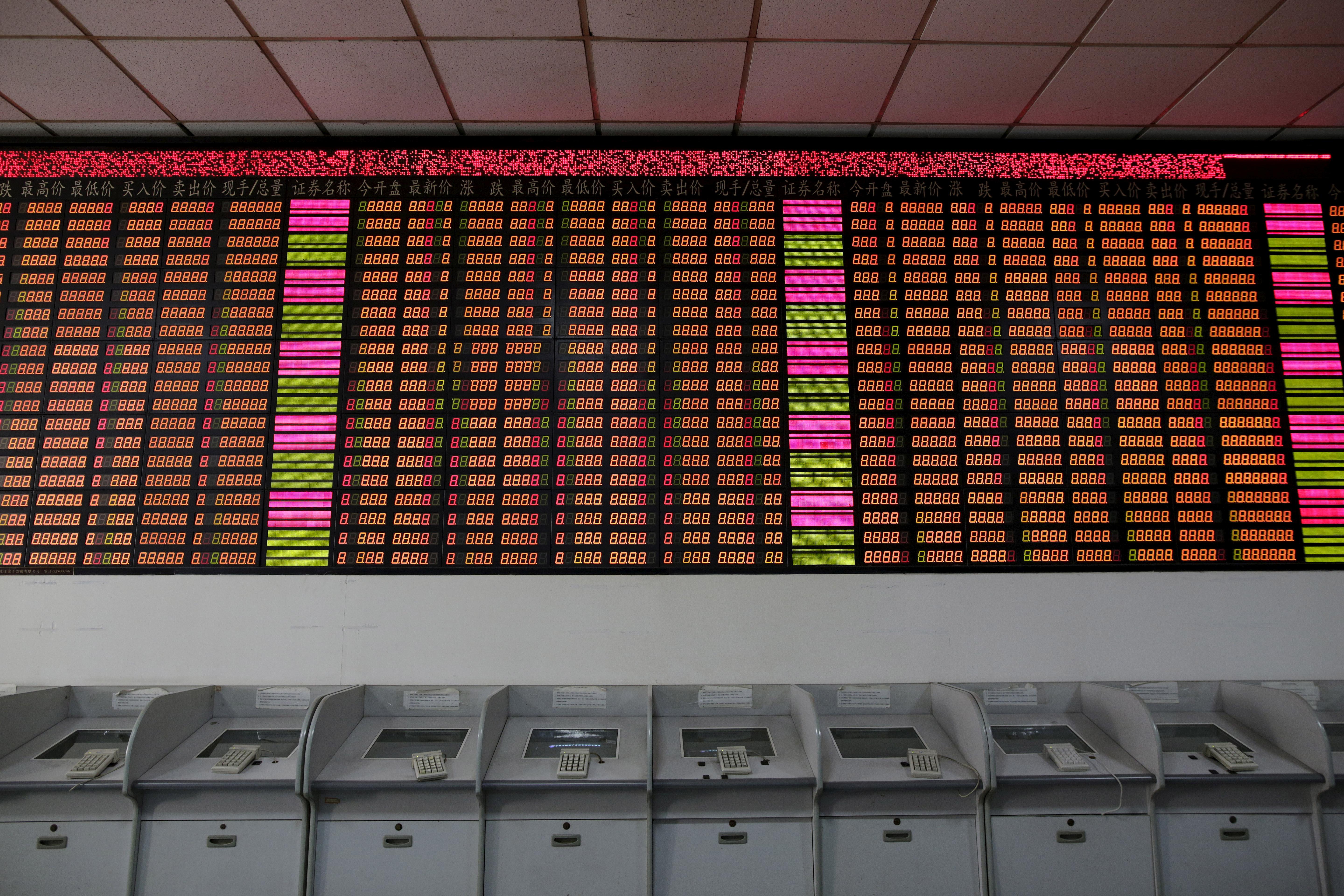 Worries about confrontations between the two largest economies in the world eclipsed Chinese economic data, which showed its economy is gradually recovering from the shock of the coronavirus outbreak.

With China the first to relax lockdowns, global investors are closely watching it for clues on how long demand will take to bounce back, as other countries begin to ease their own anti-virus measures.

European stocks are expected to play catch-up with the late recovery in U.S. shares on Thursday, with pan-European Euro Stoxx 50 futures STXEc1 up 1.21%.

Japan’s Nikkei .N225 rose 0.6% but finished the week down 0.7% while mainland Chinese shares .SSEC were mixed.

MSCI’s broadest index of Asia-Pacific shares outside Japan .MIAPJ0000PUS rose 0.2% but has lost about 1.0% so far this week.

While many analysts regarded the weekly drop as a natural correction after a rally since mid-March, they are increasingly worried about rising U.S.-China tensions. U.S. President Donald Trump blames China for its handling of the COVID-19 disease that has killed more than 85,000 Americans.

Trump signalled a further deterioration of his relationship with China by saying he has no interest in speaking to President Xi Jinping right now.

He went so far as to suggest he could even cut ties with the world’s second-largest economy, a day after the U.S. federal pension fund delayed investment in Chinese shares in the wake of pressure from the White House.

The move fanned fears the confrontation between Washington and Beijing could escalate beyond trade to finance and other areas.

“The U.S.-China trade war was the biggest theme for markets last year. It will be a big concern if the conflict escalates beyond trade,” said Takeo Kamai, head of execution at CLSA.

China’s industrial output in April rose 3.9% from a year earlier, exceeding expectations for a 1.5% rise and expanding for the first time this year as its economy slowly emerges from its coronavirus lockdown.

“On the whole, the Chinese economy is improving and the industrial output figures suggest GDP could be positive in April-June,” said Wang Shenshen, senior strategist at Mizuho Securities. “But concerns about the U.S.-China relations are weighing on markets.”

In the currency market, the dollar steadied near a three-week high as Sino-U.S. tensions and worries about a second wave of coronavirus infections rattled investors.

Oil prices extended gains as data showed demand for crude picking up in China after the easing of curbs to stem the coronavirus outbreak, boosting hopes that the global supply overhang may start to fade.