TOKYO/WASHINGTON (Reuters) – Asian shares and U.S. stock futures fell on Friday, spurred by doubts about progress in the development of drugs to treat COVID-19 and new evidence of U.S. economic damage caused by the coronavirus pandemic. 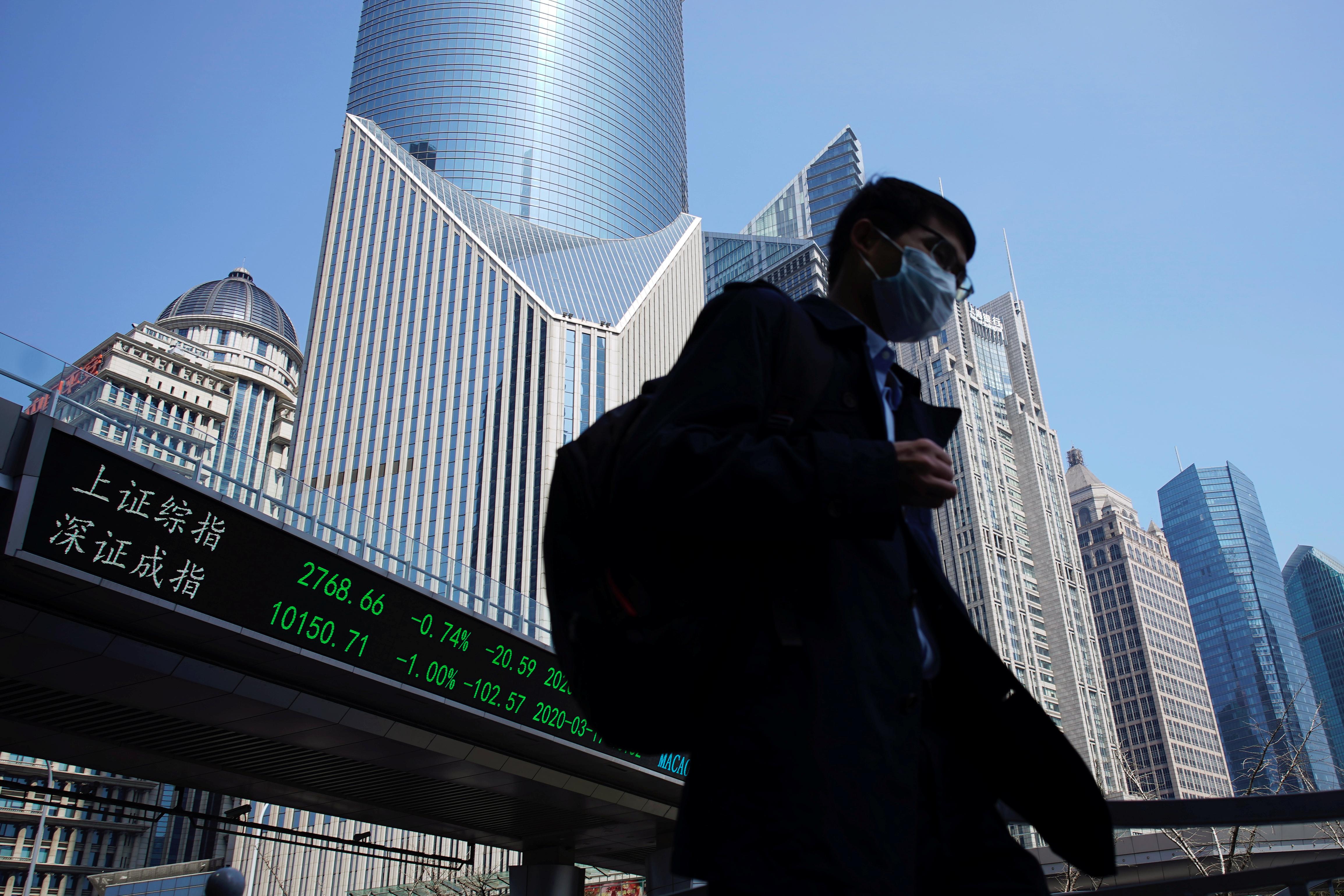 The S&P 500 and the Nasdaq turned negative at the close on Thursday after a report that Gilead Sciences Inc’s antiviral drug remdesivier had failed to help severely ill COVID-19 patients in its first clinical trial.

Gilead said the findings were inconclusive because the study conducted in China was terminated early.

The markets’ sensitivity to news related to the medical treatment of COVID-19 reflected investors’ desperation for a sign of when the global economy might start returning to normal, Tim Ghriskey, chief investment strategist at New York-based wealth management firm Inverness Counsel.

“Any piece of bad news is likely to rattle the market,” Ghriskey said. “Investors are keen for a semblance of hope that they can soon crawl out of their homes and get on with some form of normal life, even if with trepidation and fear.”

The U.S. House of Representatives on Thursday passed a $484 billion bill to expand federal loans to small businesses and hospitals overwhelmed by patients. President Donald Trump, who has indicated he will sign the bill, said late Thursday that he may need to extend social distancing guidelines to early summer.

MSCI’s gauge of stocks across the globe shed 0.23%.

In Japan, shares in the Nikkei stock index slid 0.86% amid lingering concern about the spread of infections before the Golden Week public holidays.

Shares in South Korea, which has won recognition for its aggressive measures to contain the coronavirus, fell 0.76%.

Australian shares bucked the trend, rising 0.4% due to gains in the energy and resources sector.

Oil prices extended a tentative rebound from a price collapse this week that pushed U.S. crude futures into negative for the first time ever, but investors remain concerned about weak energy demand and excess supplies of crude.

The outlook remain remains dim because global energy demand has evaporated due to business closures and travel restrictions aimed at slowing the pandemic. In addition, some countries are running out of space to store the crude oil that they are not using.

The dollar headed for weekly gains against the Norwegian crown, the Canadian dollar, and the Russian ruble as investors chose to sell the currencies of major oil producers and keep their funds in dollars.

Elsewhere in the currency markets, the euro headed for its second weekly decline against the dollar after the European Union agreed on Thursday to set up a joint financial fund of up to 2 trillion euros to help recover from the pandemic but delayed a decision on the details of the programme until the summer.

The yen was little changed at 107.60 against the dollar. Japan’s currency fell briefly after the Nikkei newspaper reported that the Bank of Japan will consider unlimited government bond purchases at a policy meeting next week Monday.