The president promised on the campaign trail to overhaul opportunity zones, which a new study suggests mostly fueled real estate investment in gentrifying areas in 2019. 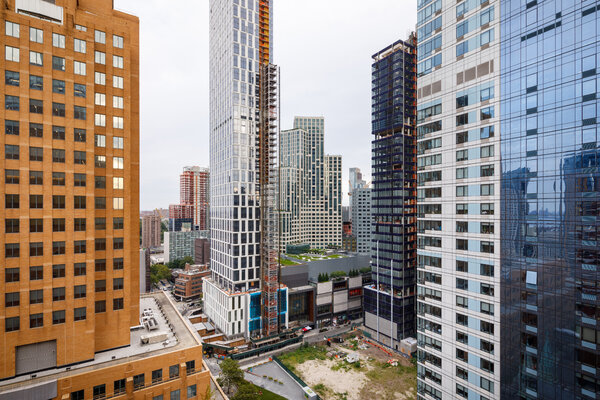 WASHINGTON — The Biden administration is weighing how to overhaul a Trump-era tax incentive that was pitched as a way to drive investment to economically depressed swaths of the country but which early evidence suggests has primarily fueled real estate development in areas like Brooklyn neighborhoods that were already becoming richer and whiter.

Administration officials have not yet settled on how to make adjustments that critics and supporters alike say would improve the so-called opportunity zone program, a creation of President Donald J. Trump’s 2017 tax law that Mr. Biden vowed on the campaign trail to reform.

The zones give tax breaks to certain investors who pour money into designated areas, which include high-poverty communities but also some neighborhoods that are rapidly gentrifying. Mr. Trump praised the zones repeatedly and claimed they were pulling large amounts of investment into impoverished neighborhoods, particularly Black ones.

The most comprehensive study of investment in the zones to date, released by a pair of University of California, Berkeley, researchers last week, contradicts Mr. Trump’s assessment of the zones’ early performance. The authors, Patrick Kennedy and Harrison Wheeler, are graduate economics students who were granted access to anonymous tax returns filed electronically. Mr. Kennedy is also an economic analyst at the congressional Joint Committee on Taxation.

The study suggests that in 2019, only about 16 percent of the 8,000 census tracts nationwide that were designated by state officials as opportunity zones using criteria set under the Trump administration received any investment at all. Rural areas received almost no investment. Most of the capital was concentrated in a small slice of zones.