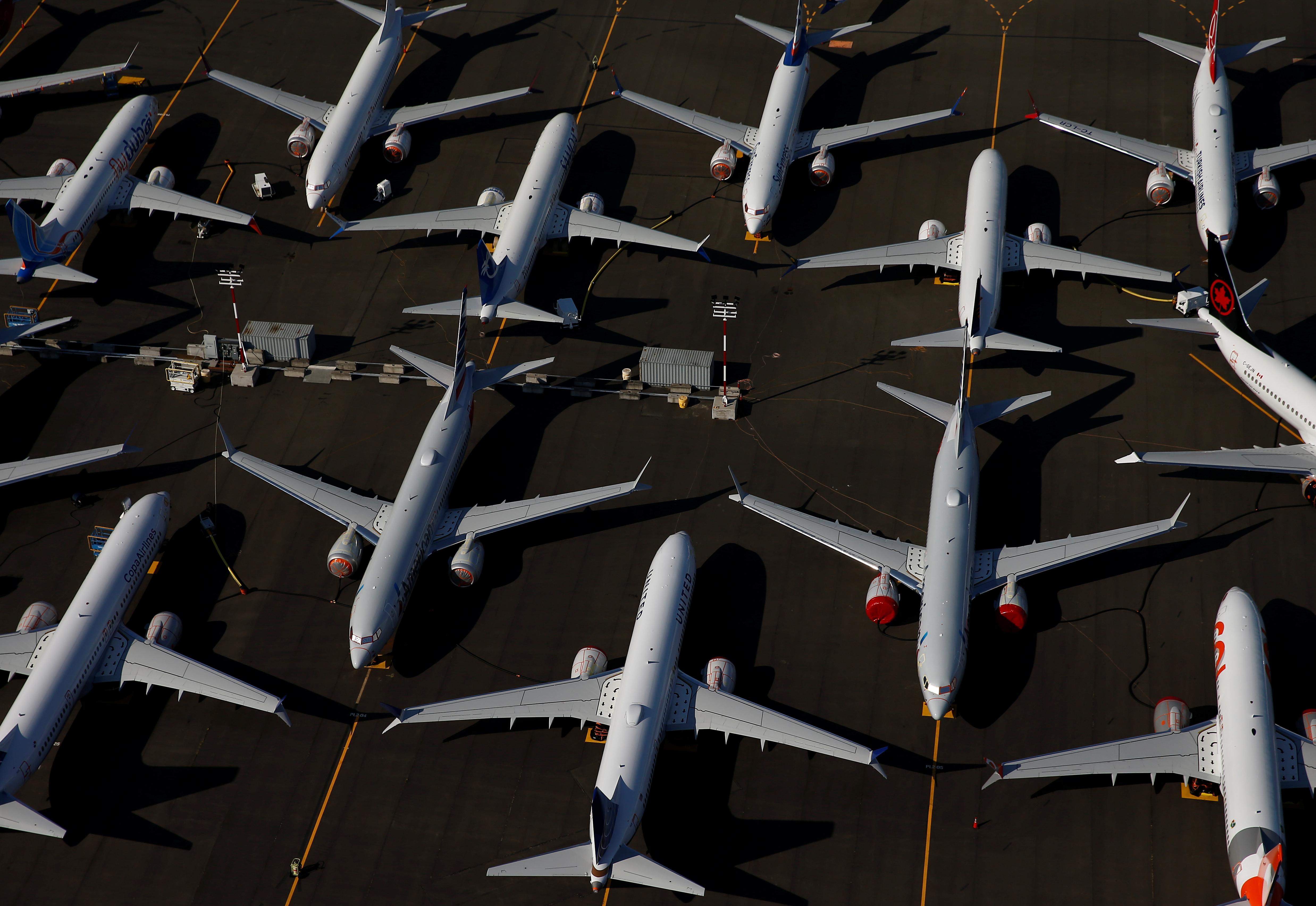 (Reuters) – Boeing Co (BA.N) customers canceled orders for 355 of its 737 MAX jets in the first half of 2020, the U.S. planemaker said on Tuesday, as the damage done by the jet’s grounding and the coronavirus crisis to the airline industry continued to mount.

The planemaker, which has now been striving to get its once best-selling MAX planes back in the air for more than a year after two fatal crashes led to its grounding, said airlines and leasing companies canceled another 60 orders for the jet last month.

Deliveries in the first half of the year also sank by 71% to just 70 planes as customers canceled or deferred shipments due to the collapse in air travel from coronavirus-led travel restrictions.

Deliveries are financially important to planemakers because airlines pay most of the purchase price when they actually receive the aircraft.

Boeing said it handed over 10 aircraft in June, up from four planes in May, and six jets in April. The company’s June deliveries include one 747, one 777, one KC-46 tanker, two 767 freighters, two P-8 Poseidon maritime patrol aircraft and three 787s.

The June cancellations came from aircraft-leasing firms, including U.S.-based Aviation Capital, Dublin-based Avolon, and Singapore’s BOC Aviation (2588.HK), which respectively scrubbed 5, 17 and 30 orders for the 737 MAX.

On the plus side, FedEx Corp FEX.N booked an order for a 767 freighter, taking Boeing’s gross orders for the year to 59 planes as of the end of June.

After adjusting for jets ordered in previous years but unlikely to be delivered currently, Boeing has now lost 784 net orders this year, rising from a loss of 602 net orders as of May end.