The booming online fashion empire Boohoo and many of its suppliers are facing the possibility of a United States import ban because of widespread allegations over the use of slave labour.

US Customs and Border Protection has seen sufficient evidence to launch an investigation after petitions from a campaigning British lawyer.

Duncan Jepson who runs Liberty Shared, a campaign group against modern-day slavery, claims Boohoo is not doing enough to stop forced labour in the Leicester factories which make many of its clothes.

Mr Jepson said: “The evidence of Boohoo and forced labour is quite compelling. I think it will be a wake-up call for British institutions about how they’re handling modern slavery enforced labour, particularly in a community like Leicester East.

“What we’d all like, those of us interested in improving labour conditions, is for Boohoo to really get to grips with governance of their supply chain to ensure there is no wage theft and people have proper contracts.

“It must look at all 11 indicators the International Labour Organisation sets out for forced labour and see there is compliance with those.”

Last year Boohoo’s sales in the US were £263.6m, more than a fifth of the company’s total revenue.

In its global war on slave labour the US already bans many products, including certain Japanese video games, diamonds mined in Zimbabwe and furniture made in a Mexican jail. 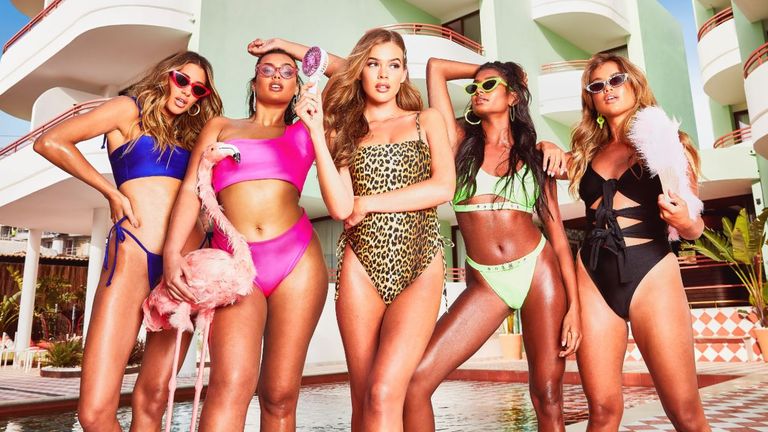 The US Tariff Act 1930 “prohibits the importation of merchandise mined, produced or manufactured, wholly or in part, in any foreign country by forced or indentured labour – including forced child labour. Such merchandise is subject to exclusion and/or seizure, and may lead to criminal investigation of the importer(s)”.

The UK’s former anti-slavery commissioner Kevin Hyland said: “If they do identify this in the supply chain in Leicestershire, the potential sanctions to not trade in the US are enormous.

“The aim of the petitions is very clear, that companies which think they can benefit from forced labour and the exploitation of others are shown that they cannot and will face a sanction that they can’t trade in the world’s largest economy.

“But what it will do as well is create a gap for good businesses to come in and pay people properly.”

Boohoo, based in Manchester, has 14 million online customers and is thought to be the UK’s fastest-growing fashion retailer. It sells clothes, shoes, accessories and beauty products to a mainly young, female market.

The company has expanded rapidly since it began in 2006 and has offices in Australia and California. Last year its sales rose 40% to £1.235bn, with profits of £92.2m.

But last summer a Sunday Times investigation exposed evidence of illegally low wages and poor working conditions in Boohoo’s supply chain in Leicester, where 40% of its clothes were being manufactured.

The government set up a multi-agency task force, including the National Crime Agency, to investigate the claims.

In response, Boohoo asked lawyer Alison Levitt QC to review the working practices of its clothing manufacturers and she produced a damning report which found the allegations of poor working conditions “substantially true.”

Her review prompted Home Secretary Priti Patel to say: “I am deeply concerned by the findings in this review, of illegal and unsafe working conditions.” 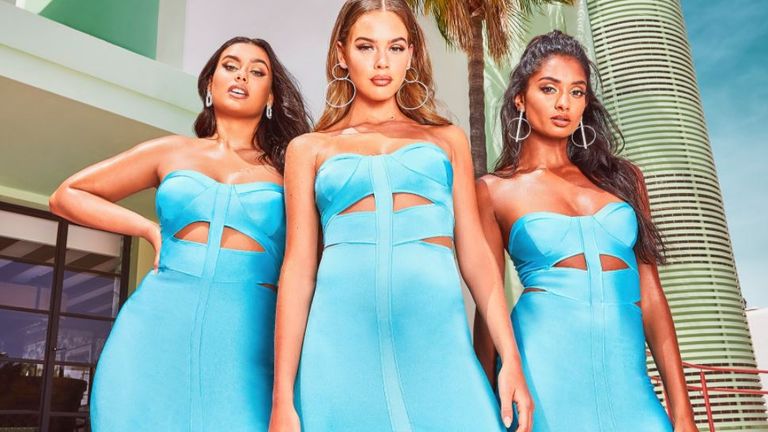 Saeed Khilji, chairman of the Textile Manufacturers Association of Leicestershire, said a US import ban would hurt, but insisted factory working conditions had improved.

He said: “If the American government took action and if they have enough evidence to do that, yes there will be an effect, but I’m sure now on there won’t be a problem in Leicester. I’m 100% confident.”

Boohoo said in a statement: “Over the past eight months we have been working closely with UK enforcement bodies and it is important to note that auditors and investigators who are forensically examining suppliers in Leicester have found no evidence of modern day slavery.

“We have taken action against 64 suppliers who did not meet the group’s standards in the levels of transparency that business requires.

“If we were to discover any suggestion of modern-day slavery we would immediately disclose this to relevant UK authorities.

“We are confident in the actions that we are taking to ensure that all of our products meet and exceed the CBP (US Customs and Border Protection) criteria on preventing the product of forced labour entering the US (or any of our markets).

“The Group continues to make excellent progress as it works to implement the Review’s recommendations and improve our supply chain in Leicester.”