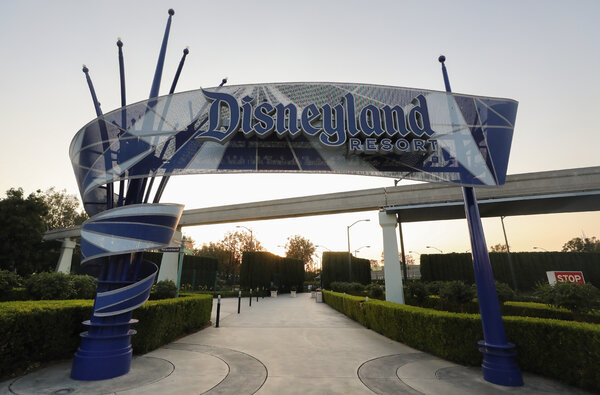 The teacups could soon be spinning again: Disneyland, which has been closed for a year, is poised to reopen this spring.

California officials announced on Friday that theme parks in the state could reopen on a limited basis as soon as April 1. Eligibility, however, will depend on coronavirus transmission statistics in individual counties.

Attendance will be limited to in-state visitors.

Disneyland is in Orange County, which is in the purple tier. But if coronavirus cases continue to decline in Southern California at the current pace, the county could fall within the orange tier by late April. The Walt Disney Company said last year that reopening a park at less than 25 percent capacity would not make economic sense. A Disney spokeswoman declined to comment on a specific reopening timeline on Friday.

“We are encouraged that theme parks now have a path toward reopening this spring, getting thousands of people back to work,” Ken Potrock, Disneyland’s president, said in a statement.

Disney has said it would take at least four weeks to rehire employees and train them on new coronavirus safety procedures. Before the pandemic, roughly 32,000 people worked at the 486-acre Disneyland Resort, which includes two separately ticketed theme parks, three Disney-owned hotels and an outdoor shopping mall. Most of the Anaheim complex has been closed for a year.

Disney had hoped to reopen its California attractions in July. But unions representing Disneyland employees criticized that timetable as too fast and pressured Gov. Gavin Newsom to withhold approval. He sided with the unions, prompting fans to attack him online. (“Open Disney, or we are taking away your hair gel.”)

In contrast, Florida allowed Disney to reopen its Orlando parks in July. The company endured withering criticism for doing so, but stringent safety procedures, including mandatory masks, resulted in a safer-than-expected environment.

“It has been a success story,” Julee Jerkovich, a United Food & Commercial Workers official, said in October. “As a union rep, I do not say that lightly.”