For 40 years, the legacy of Proposition 13, a landmark California law that limits property tax increases, has shaped state politics. The measure weathered various legislative and legal challenges, including a trip to the Supreme Court, and came to be considered untouchable.

Now the law has survived perhaps its biggest test after California voters rejected a ballot initiative that would have undone a portion of Proposition 13. The new law, Proposition 15, would have removed commercial properties like office buildings and industrial parks from Proposition 13’s limits, and it would have given labor and progressive groups a long-sought victory to increase funding for education and local services.

The Associated Press called the result of the Nov. 3 vote on the measure on Tuesday night, when the count was 51.8 percent to 48.2 percent against it.

“This is an important moment in California political history — the biggest attempt to reform Proposition 13,” said Manuel Pastor, an author and sociology professor at the University of Southern California. “Given that this is the third rail of California politics, it actually came pretty close with very significant headwinds including a recession, and the limits the pandemic placed on door-knocking and other high-touch voter contact.”

Proposition 15 would have raised $6.5 billion to $11.5 billion a year for public schools, community colleges and city and county governments, according to a nonpartisan state agency. Proponents had promoted the measure as a needed investment in public services when the economy and budgets are under stress. The measure had won prominent endorsements, including those of Gov. Gavin Newsom, President-elect Joseph R. Biden Jr. and Vice President-elect Kamala Harris, a Californian. The campaign was also backed by several public employees’ unions and the Chan Zuckerberg Initiative, the philanthropic organization founded by Mark Zuckerberg, the Facebook chief executive, and his wife, Priscilla Chan.

Opponents, including business associations and large property owners like the Blackstone Group, said the measure would hurt small businesses and open the door to raising taxes on residential properties as well.

In 1978, California voters passed Proposition 13, which lowered property taxes for millions of the state's homeowners. Decades later, what has it meant? 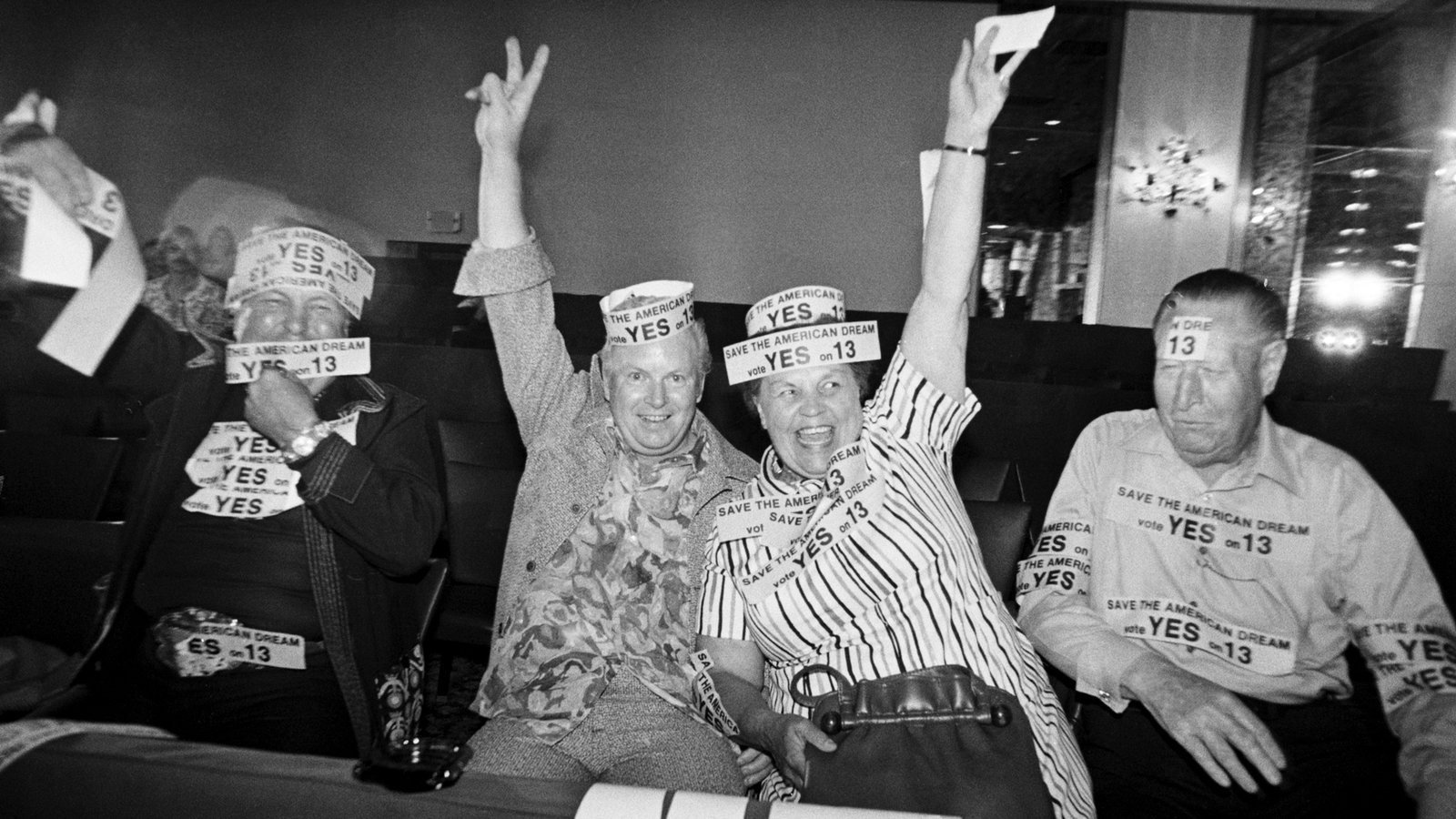 Proposition 13 was spearheaded by a retired businessman, Howard Jarvis, who harnessed voter anger over rising home prices — and therefore rising taxes — to amend the state’s Constitution to limit property tax increases to 2 percent a year. Properties can be reassessed for tax purposes after they are sold, however, so the law has created a system in which owners of recently purchased homes often pay taxes several times those of neighbors with similar properties.

Some of the biggest beneficiaries have been corporations like the Walt Disney Company and Chevron, whose properties are assessed at valuations set decades ago.

Proposition 15 would have created a “split roll” system, in which residential property would continue to be shielded from tax increases but commercial property would not. Backers hoped to harness a high-turnout election in a heavily Democratic state to raise taxes on large corporations without alarming homeowners.

In addition to keeping residential property under the 1978 limits, the new measure had provisions that various studies showed would have spared most small businesses from higher taxes and impose them instead on corporations that control huge parcels of real estate.