Home » Business » Can Japan’s Economy Get Any Worse? It May Soon Find Out

As the coronavirus has prolonged a deep slump in Japan, one ray of hope has come from its avoidance of a crippling lockdown. But it’s unclear whether that can last. 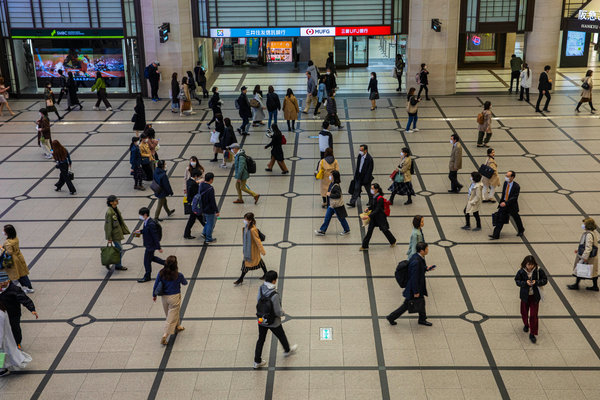 By Ben Dooley and Makiko Inoue

TOKYO — Even before the new coronavirus, Japan’s economy was in trouble. Exports were plummeting on slowing demand from China, and a tax increase at home was keeping shoppers out of stores. The numbers were stark: Economic output contracted 7.1 percent in the last quarter of 2019.

With the coronavirus pandemic, a country that had already looked set to open this year with one of the worst performances among the world’s major economies is bracing for a tremendous blow.

Trade has slowed to a crawl as other leading nations come to virtual standstills to curb the virus. Tourism has nearly evaporated, with bankruptcies starting to pop up among hotels, restaurants and tour operators. Large sports and cultural events have been canceled, and postponing the Tokyo Olympics to 2021 will require a dizzying amount of money and time, while delaying an expected economic boost.

The situation is so dire that even Japan’s unwaveringly optimistic officials now express worry about the country’s growth, saying the economy — the world’s third largest after the United States and China — is facing “severe circumstances” because of the pandemic.

Desperate to get through the storm, the government has passed several stimulus measures, and Prime Minister Shinzo Abe pledged over the weekend that Japan would soon approve the largest package in its history. He said it would exceed the 56.8 trillion yen, or $530 billion, that the country spent to mitigate the damage from the 2008 financial crisis. Mr. Abe’s announcement followed the passage of a $2 trillion intervention in the United States.

Japan’s one ray of light has been that it has not yet instituted the kinds of lockdowns that have halted economic life in parts of China, Europe and the United States. Salarymen are still commuting to the office, and teenagers are still buying streetwear in Harajuku, as the country has seemingly kept its coronavirus outbreak in check.

“If Japan can avoid being shut down, I think the economic damage will be much lighter. That will be the key difference,” said Takuji Okubo, North Asia director at the Economist Intelligence Unit.

But that, too, is now in doubt. In the days since the decision to delay the Olympics, Japan has been announcing significant upticks in coronavirus cases. In Tokyo, which on Sunday reported a single-day high of 68 new infections, the governor asked people to stay inside this past weekend. Many heeded the warning.

Mr. Abe said on Saturday that Japan was now at risk of an explosion of cases as it became increasingly difficult to trace infections and limit clusters. He said that although he did not yet need to declare a state of emergency, “we are barely holding on.”