A group of carmakers and tech firms is urging US regulators to take further action against chipmaker Qualcomm over its sales practices.

Qualcomm has a practice of requiring customers to sign patent licence agreements before selling them chips.

Such practices have drawn accusations the firm is stifling competition.

Qualcomm, the world’s biggest maker of mobile phone chips, has contested those claims. The BBC has approached the firm for comment on the carmakers’ letter.

In January 2017, the FTC brought a complaint against Qualcomm in federal district court, accusing it of using “anticompetitive tactics” to maintain a monopoly in supplying semiconductors for mobile phones and other products.

The FTC said at the time that Qualcomm’s “anticompetitive conduct” led to the WiMax standard for 4G being dropped, while LTE became adopted by the global mobile industry instead.

The US trade regulator stressed that Qualcomm’s practices had harmed both “competition and consumers” and meant that mobile phone makers like Apple had to pay higher prices for Qualcomm chips.

In May 2019, a US district judge sided with the FTC and ruled that Qualcomm would need to change its patent licensing practices, but earlier this month, a panel of judges in the Ninth Circuit Court of Appeals reversed the decision.

“If allowed to stand, the panel’s decision could destabilise the standards ecosystem by encouraging the abuse of market power acquired through collaborative standard-setting,” the group of car companies and tech firms wrote in its letter.

Apple also sued Qualcomm in January 2017 and accused it of overcharging for its technology, and Qualcomm counter-sued, claiming that Apple stole its trade secrets, among other things. Eventually, both firms settled all lawsuits in April 2019.

The problem with patents

According to Glyn Moody, a journalist specialising in tech policy, the car industry is bothered by Qualcomm’s patent practices because “cars are essentially becoming computers on wheels”, as the industry continues to develop more advanced connected cars. 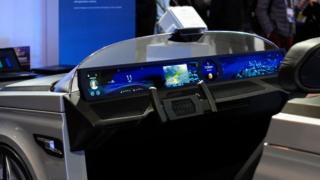 In the future, it is hoped that connected cars will use 5G processors to connect them to the internet. Carmakers have seen this battle over 4G and are worried it will cement the firm’s position as the battle for dominance over 5G technology advances.

“This is a completely different world than the one [carmakers] are used to, so they’re suddenly faced with dealing with computer standards and computer patents, which is a big problem for them as they don’t have any. So if they have to start licensing this stuff, it’s going to get expensive for them,” Mr Moody told the BBC.

“The patent thing is a last resort strategy – when you don’t know what to do, you basically claim people owe you money for patents even though you’re not doing much for it.”

Prof Mark Lemley of Stanford Law School is director of the Stanford Program in Law, Science and Technology. He has been following Qualcomm’s various court cases for several years.

“Qualcomm made a commitment that it would licence its chips on reasonable and non-discriminatory terms, because they wanted their chips to be included in the industry standards, and then they created a structure to avoid doing this,” he said.

“I think they are in fact violating the antitrust laws.”

‘Patents are bad for innovation’

Prof Lemley thinks that the Ninth Circuit Court of Appeals has misunderstood “the definition of antitrust law” in reversing the judgement against Qualcomm.

“It says for instance that it can ignore most of the district court findings because those findings show harm to downstream customers, and anti-trust law only concerns competitors,” he explained.

The FTC can appeal against the decision, but if the carmakers and tech firms wish to sue Qualcomm, they would have to avoid Ninth Circuit courts covering the western coast of the US, as “courts within that circuit would feel bound by that decision”.

“If they can’t persuade the FTC to act, they will still have the opportunity to argue this is wrong and shouldn’t be followed in other cases, but it becomes harder.”

Mr Moody, who writes for Techdirt, a popular blog about technology legal challenges, stresses that patents are really bad for innovation.

“If you want to grow the market for connected cars, what you really want is open standards without patent encumbrances, so that you can have as many companies participating in the market as possible [to] drive innovation and reduce costs.”