WASHINGTON (Reuters) – U.S. consumer prices dropped by the most since the Great Recession in April, weighed down by a plunge in demand for gasoline and services including airline travel as Americans stayed home during the coronavirus crisis.

The report from the Labor Department on Tuesday also showed a record decrease in underlying prices last month, raising the specter of a bout of deflation as the economy sinks deeper into a recession triggered by lockdowns to slow the spread of COVID-19, the respiratory illness caused by the coronavirus.

The government reported last Friday that the economy lost 20.5 million jobs in April, the deepest drop since the Great Depression. The economy contracted in the first quarter at its steepest pace since the 2007-09 downturn.

Deflation, a decline in the general price level, is harmful during a recession as consumers and businesses may delay purchases in anticipation of lower prices.

“The economic collapse has taken a dangerous turn where now it is consumer prices that are being pulled down into the abyss as consumers sitting at home have postponed their purchases,” said Chris Rupkey, chief economist at MUFG in New York. “Part of the reason the Great Depression lingered so long was because consumers knew they could wait till next year to buy cars and refrigerators and homes at a cheaper discount.”

The consumer price index tumbled 0.8% last month after falling 0.4% in March. That was the largest decline since December 2008 when the economy was in the throes of a recession, and marked the second straight monthly decrease in the CPI.

Gasoline prices plunged 20.6%, the largest decrease since November 2008, after tumbling 10.5% in March. Cheaper gasoline amid a collapse in crude oil prices offset a 1.5% surge in the cost of food last month, which was the largest gain since January 1990, after a 0.3% rise in March.

Prices for food consumed at home accelerated 2.6%, the largest advance since February 1974, amid broad gains in all six major grocery store food groups.

There have been shortages of meat amid COVID-19 outbreaks at processing plants. The cost of food consumed at home increased only 0.5% in March. In the 12 months through April, the CPI gained 0.3%, the smallest annual rise since October 2015, after increasing 1.5% in March.

Economists polled by Reuters had forecast the CPI falling 0.8% in April and rising 0.4% year-on-year.

The dollar fell against a basket of currencies, while U.S. Treasury prices rose. Stocks on Wall Street were mixed. 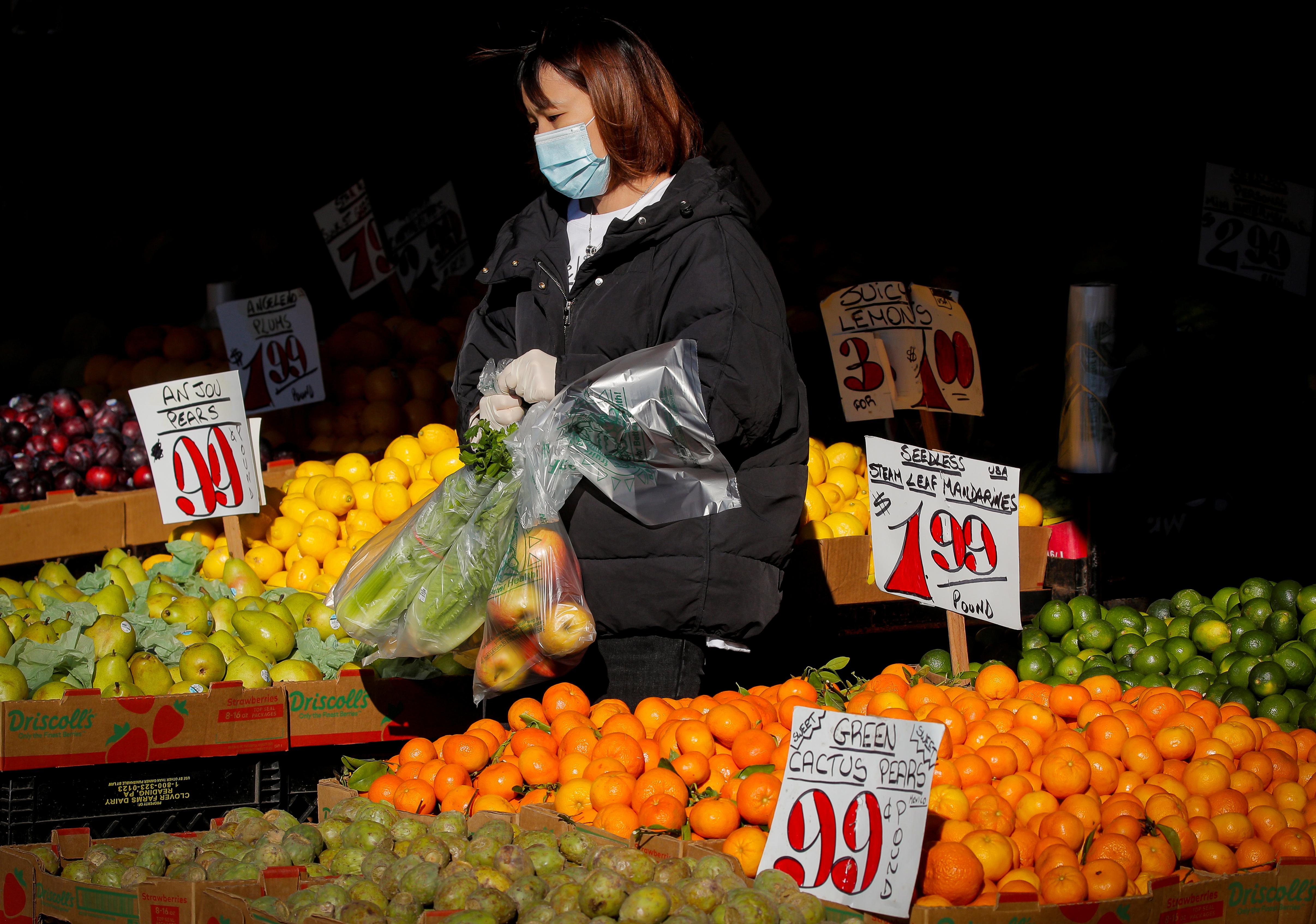 The Labor Department said in-store data collection has been suspended since March 16 because of the public health crisis. It added that data collection last month was also impacted “by the temporary closing or limited operations of certain types of establishments,” leading to “an increase in the number of prices being considered temporarily unavailable and imputed.”

That resulted in many indexes being based on smaller amounts of collected prices than usual, and a small number of indexes that are normally published were not published in April.

Excluding the volatile food and energy components, the CPI dropped 0.4% in April, the largest decline since the series started in 1957. The so-called core CPI dipped 0.1% in March, which was the first drop since January 2010. April marked the first back-to-back fall in the core CPI since 1982.

Underlying inflation was depressed in April by a record 8.1% plunge in the cost of hotel and motel accommodation. It was also cheaper to fly last month, with the cost of airline fares tumbling a record 15.2% after decreasing 12.6% in March. Apparel dropped a record 4.7% last month after declining 2.0% in March.

Economists expect the broad deflationary trend to give way to higher inflation at least next year partly because of extraordinary measures by the Federal Reserve to cushion the economy’s fall, including programs to help keep companies afloat. A historic fiscal package of around $3 trillion and rebounding oil prices as producers cut output are also factors.

Lingering disruptions to the supply chain could see some goods remain in short supply, boosting prices, though that could be tempered by cheaper hotel and air travel.

“This is not to suggest that we see runaway inflation coming down the road, we do not, but the market’s pricing of inflation at effectively zero is unrealistic and excessively pessimistic,” said Rick Rieder, chief investment officer of global fixed income at BlackRock in New York.

In the 12 months through April, the core CPI rose 1.4%, the smallest increase since April 2011, after advancing 2.1% in March. The Fed tracks the core personal consumption expenditures (PCE) price index for its 2% inflation target.

Owners’ equivalent rent of primary residence, which is what a homeowner would pay to rent or receive from renting a home, gained 0.2% after increasing 0.3% in March. Rent increases slowed last month, likely reflecting forbearance agreements between landlords and tenants who have lost their jobs or have had their hours reduced because of the global pandemic.

A record 33.5 million people filed claims for unemployment benefits since March 21, when states and locals governments enforced “stay-at-home” or “shelter-in-place” orders, affecting more than 90% of the country.

But healthcare costs rose a solid 0.4% in April, matching the prior month’s increase. There was a 0.6% jump in the price of prescription medication. Hospital services climbed 0.5%.

The gains suggest a pickup in healthcare spending early in the second quarter after expenditures collapsed in the January-March period as people shunned hospitals, fearful of contracting COVID-19. Hospitals also suspended elective procedures to focus on COVID-19 patients.