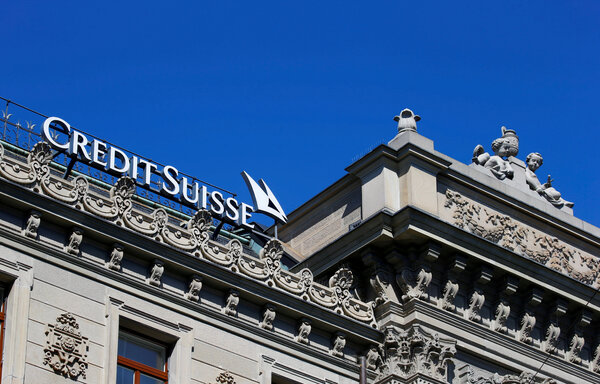 Credit Suisse said Tuesday it would replace the head of its investment bank and the chief of risk and compliance after losses from its involvement with Archegos Capital Management, the collapsed hedge fund, totaled nearly $5 billion.

The bank, which is based in Zurich, is in turmoil after a series of disasters that have battered its reputation and are likely to diminish its global clout. Credit Suisse also serves as a warning of the risks that may lurk in the financial system, as bankers and investors try to earn returns when interest rates are at rock bottom and stock values are already frothy.

Credit Suisse detailed the financial impact of its dealings with Archegos for the first time on Tuesday, saying it would report a loss for the first quarter of 900 million Swiss francs after booking a charge of 4.4 billion francs, or $4.7 billion, related to the hedge fund. The losses were higher than some estimates.

Brian Chin, the chief executive of Credit Suisse’s investment bank, will leave on April 30. Lara Warner, the chief risk and compliance officer, will step down immediately, the bank said.

Members of Credit Suisse’s executive board will forgo their bonuses for 2020 and 2021, the bank said. Credit Suisse will also cancel plans to buy back its own shares, a way of pushing up the stock price. But the bank, seeking to dispel any questions about its overall health, said its capital was still at levels considered acceptable.

Credit Suisse shares were down more than 2 percent in Zurich trading early Tuesday. They have lost one-quarter of their value since the beginning of March.

Thomas Gottstein, the chief executive of Credit Suisse since last year, said the bank would hire outside experts to investigate what led to the “unacceptable” loss from Archegos as well as the bank’s involvement with Greensill Capital, which collapsed last month.

Credit Suisse’s asset management unit oversaw $10 billion in funds that Greensill packaged based on financing it provided to companies, many of which had low credit ratings.