Demi Moore, who is an investor in Andie Swim, will appear in the company’s summer ad campaign along with her three daughters — Rumor, Scout and Tallulah Willis. The ads break today.

In a campaign titled “Together,” Moore and her daughters are featured wearing Andie’s hero suits — The Amalfi, The Malibu and The Tulum, among others. The ads were photographed by Cass Bird at her home in East Hampton, N.Y. The swimwear featured in the ads retails from $95 to $115.

Melanie Travis, president and chief executive officer of Andie Swim, explained that Moore has been an investor in Andie since 2017. She said that when she first launched the New York-based brand in 2016, Travis went through her Rolodex and had Moore’s contact information.

“I shot off an email not expecting a reply, and I know that Demi is supportive of female founders and had done some angel investing. To my enormous surprise, she replied and said she’d love to learn more,” Travis said.

Moore not only invested in the brand, but also became an adviser. “Over the last four to five years, we’ve built a strong relationship. I turn to her for questions and advise and thoughts, and she always provides insights, whether it’s on products or marketing. It’s really been a wonderful relationship,” Travis said.

Last December, Travis said she knew that summer 2021 would be a really important time. “Hopefully the vaccine rollout would go well, people are calling it revenge travel, and I reached out to her and asked how how she would feel about partnering for a campaign in this historic, pivotal summer, what I hoped would be coming out of a global pandemic, and she was excited to think about it with me, and here we are.” 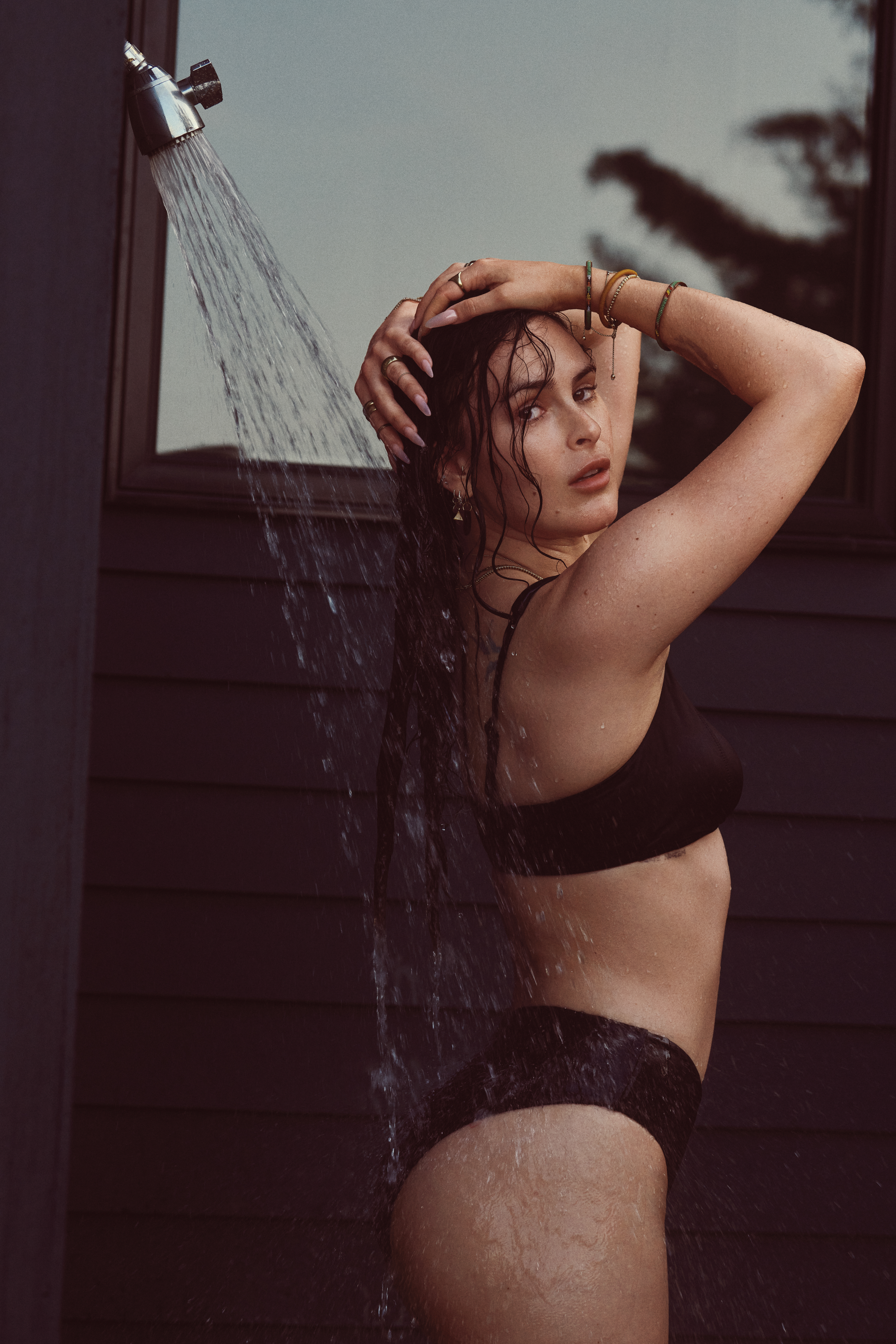 Over the past seven months, they got together frequently and built out what it would look like. “Somewhere along the way she [Moore] said, ‘What about if we included my daughters in here?’” Travis said.

Travis said she would have been thrilled to do the campaign just with Demi, “but Andie really is this quintessential cross-generational brand.” Moore’s daughters range in age from 27 to 32. Moore and her three daughters flew to East Hampton. “They were very game, they stayed for awhile out east. We had a great time. We weren’t originally going to shoot at Cass’ house, but the spirit of this brand is about community and our people and having fun, and Cass said, ‘Let’s shoot in my backyard.’”

Moore told WWD, “Over the past year, connection has become more crucial than ever. I’ve been a supporter of Andie from the beginning as an investor, and now, more than ever, felt like a perfect time to join them in welcoming a summer of freedom and togetherness. Especially sharing it with my daughters. It was important to me to include my daughters in this campaign, and I hope others seize opportunities in their lives to create meaningful connections and celebrate every moment with the people they love.”

The ads will appear on Facebook and Instagram, on wild postings and a billboard on Sunset Boulevard in Beverly Hills, which Moore chose.

For the billboard, Moore and her daughters are all wearing  the same swimsuit in different colors. “It just goes really well, whether you’re 27, her youngest daughter, or 58, Demi’s age,” Travis said.

“I think Demi Moore is one of your quintessential global celebrities, a real icon. We’ve not done anything of this scale or nature before. I think it will be historic for the company,” Travis said. 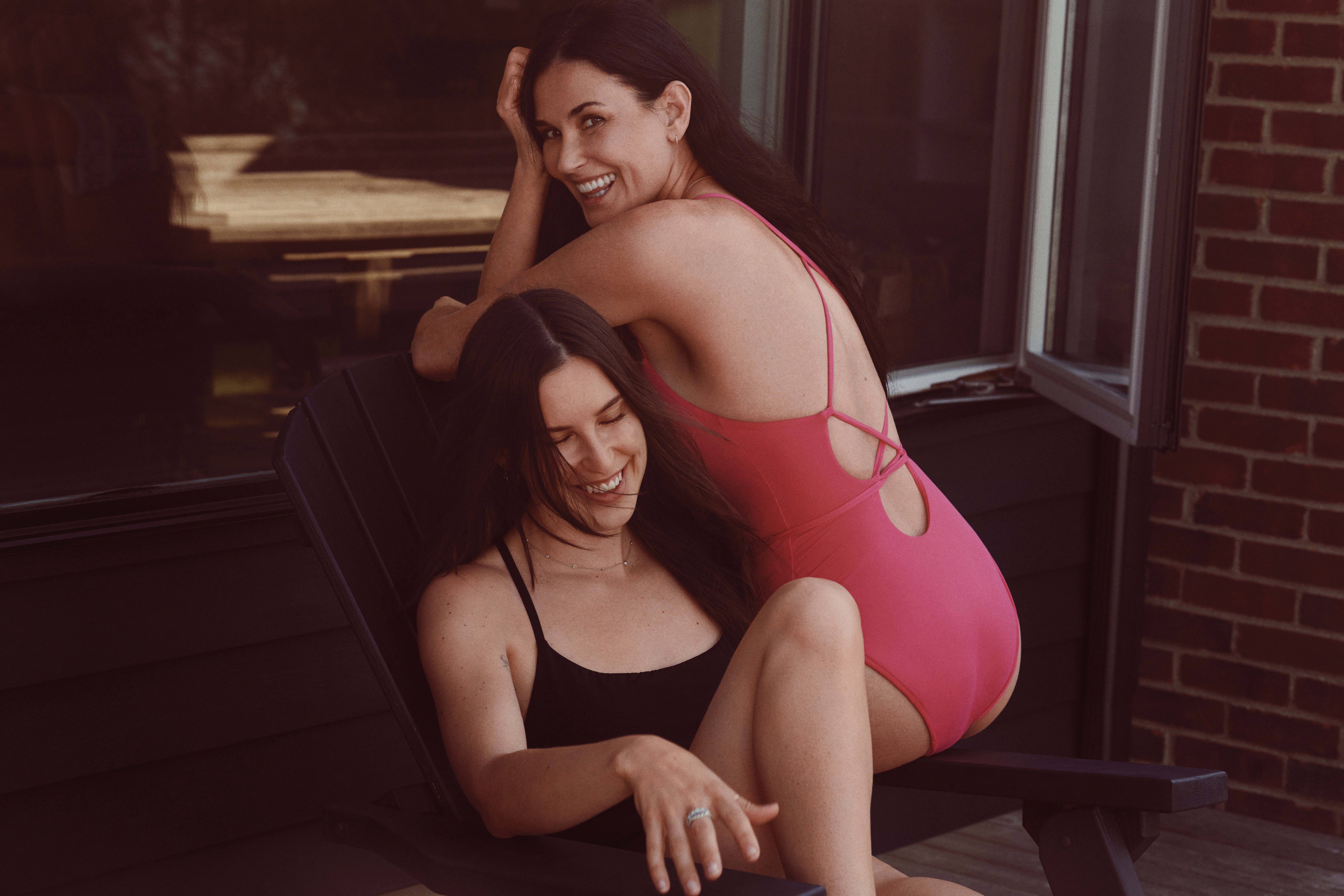 Two years ago, Moore came out with an autobiography, “Inside Out,” in which she wrote candidly about her Hollywood career and her much scrutinized marriages to actors Bruce Willis and Ashton Kutcher, along with her childhood, show business ascension and earlier substance abuse that nearly ripped apart her family.

Discussing specifically what the campaign might do for the brand, Travis said, “Two things come to mind. One is really start to have some penetration across demographics. Right now we’re really good in the 25 to 45 age range. We are great for any woman at any age or stage of her life. Even if you’re a grandmother, we have great suits that you will feel great in and look great in. And, on the other end, we’re a young brand — we’re four and a years old. A lot of our growth has come from advertising on social media. My hope with this campaign is that we elevate to the next level. And that we become a known international brand that you don’t have to be on Instagram to know about.”

Travis said her swimwear business has really take off. “This summer has been unbelievably huge. Every month we’ve had record-breaking sales. E-commerce grew a ton, and you see that domestic travel is nearly back to pre-pandemic levels. The combination of more women being comfortable shopping online now, especially for swim given the pandemic, and then back to traveling, we’re having a great summer,” Travis said. 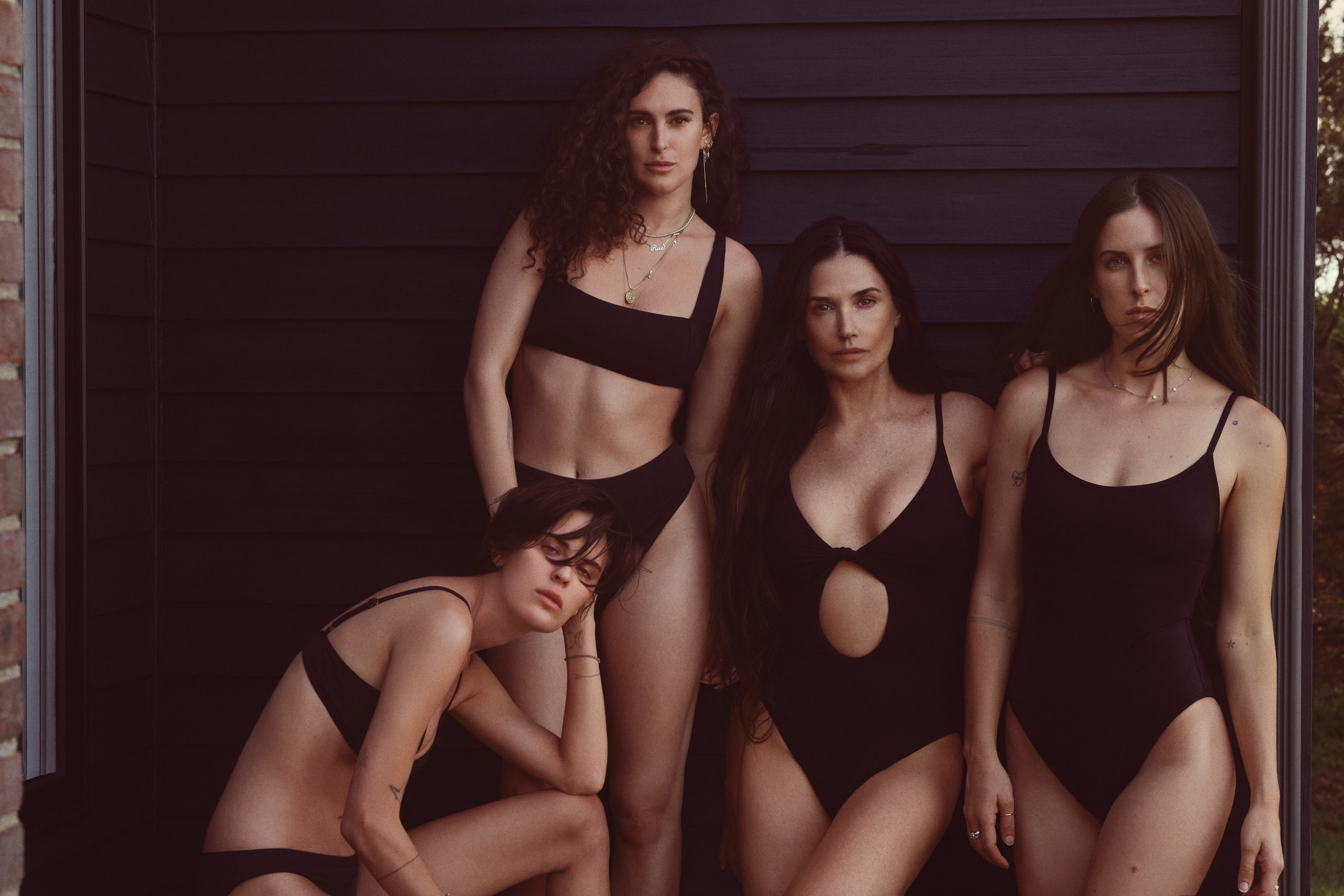 The brand is completely direct-to-consumer at Andieswim.com. The company has an interest in opening stores, but not this year. “It’s sort of the next stage. I think the Demi Moore campaign will help propel us to the stage where we’ll open up stores,” Travis said. Cover-ups, too, are on the roadmap.

Demi Moore on Why She Penned Her Tell-All Memoir