WASHINGTON (Reuters) – The U.S. economy unexpectedly added jobs in May, surprising economists and analysts who had forecast millions more losing their livelihoods, and raising hopes of a faster economic recovery than expected. 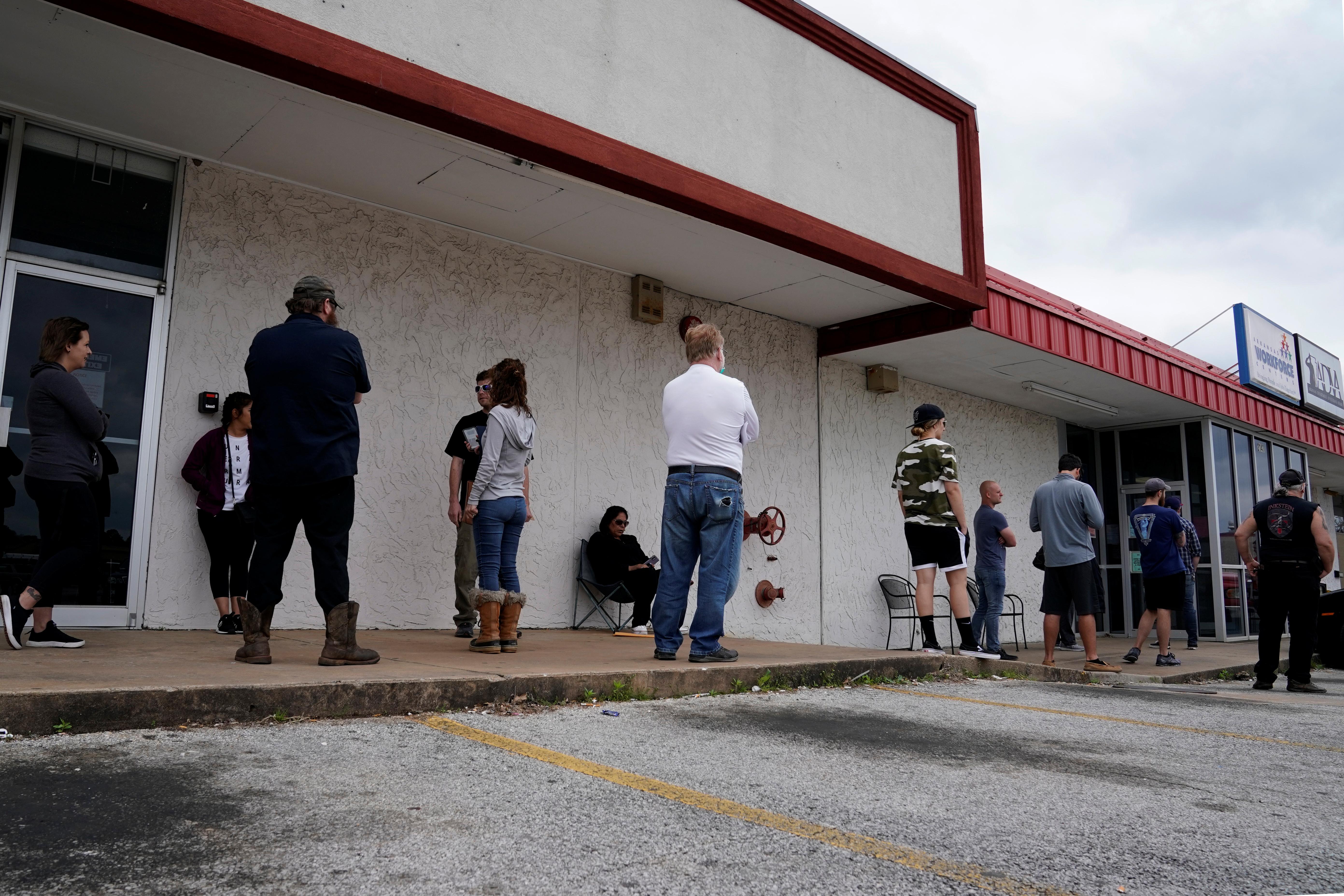 More than 2.5 million people were newly employed last month, the Labor Department reported on Friday, but that follows a record drop of more than 20 million in April. The unemployment rate fell to roughly 13% compared to almost 15% in the prior month.

Much of the rise in jobs was centered on hardest-hit industries in food services and drinking places, which added 1.4 million jobs and accounted for about half of the employment gains. The leisure and hospitality sector overall added 1.2 million jobs.

But what explains the unexpected jump and should the numbers be taken at face value?

It makes sense that more people would become employed as stay-at-home restrictions eased. More than 95% of Americans were under some form of lockdown order in the month of April. By May 19, all 50 states had begun some partial re-opening of their economies. Healthcare employment increased by 312,000 in May as dentists, doctors and other healthcare providers were able to see patients again. The construction industry also benefited with 464,000 jobs added in May, gaining back almost half of April’s drop, while retail added nearly 368,000 jobs.

Some of the jobs gains reported for May could be a reflection of the Paycheck Protection Program, the U.S. government’s forgivable loan scheme that provides funding to small businesses that keep workers on payroll, which was launched at the beginning of April.

It works essentially as an unemployment benefit program funded through businesses rather than the government in order to keep workers attached to their employers during the coronavirus-related disruption.

Roughly 4.5 million businesses have received a total of about $510 billion in paycheck protection loans, data from the Small Business Administration shows. Some 2.9 million of them did not receive their funds until after April 27, according to the data.

Howard Flax is a case in point. He shut his art supply stores in San Francisco and Oakland in mid-March, laying off his 16 employees. He applied to the PPP program in early April but didn’t receive a $137,500 loan until mid May. Flax immediately hired back 14 workers, even though revenues are still well short of pre-crisis levels and his business restricted to curbside pickup.

Under current rules, the payroll subsidy will run out in early July. “If we are not able to recoup some of these losses during this period, it’s all for naught,” he said.

Vaughan-Bassett Furniture Co., in Galax, Virginia, largely shut down and furloughed 90% of its roughly 500 production workers on March 29. A month later, it brought them back.

Chief Executive Wyatt Bassett said, “We would not have been able to bring them back without it (the PPP loan), because the demand wasn’t there.”

The demand drop flagged by employers like Flax and Bassett raises the prospect that unemployment numbers, especially in the hard-hit leisure and hospitality sectors that showed the largest jump in jobs in May, could rise again in a couple of months’ time if no extension to the existing program is put in place.

The Labor Department has been upfront about the limitations in its data gathering for the monthly employment report due to the coronavirus epidemic. For the second month in a row, it said the true unemployment rate would be higher than currently estimated – in May, three percentage points higher – as many unemployed people are probably being misclassified as being employed. There are also those who had been employed but left the labor force when the virus hit but would otherwise have been counted as unemployed if they were actively seeking work.

Tim Ghriskey, chief investment strategist at Inverness Counsel in New York, was among those putting some of the gains down to wonky math. “Are the furloughed unemployed or not? It seems too strange to me … it’s bizarre. At face value, April was the low and companies hired massively in May. It’s perplexing.”

Other data including the ADP private payrolls report and the Institute for Supply Management survey readings on manufacturing and service sector employment all showed employment contracting last month.