Darren Woods, in an interview before an annual presentation to investors today, also suggested there was common ground with Biden administration policies. 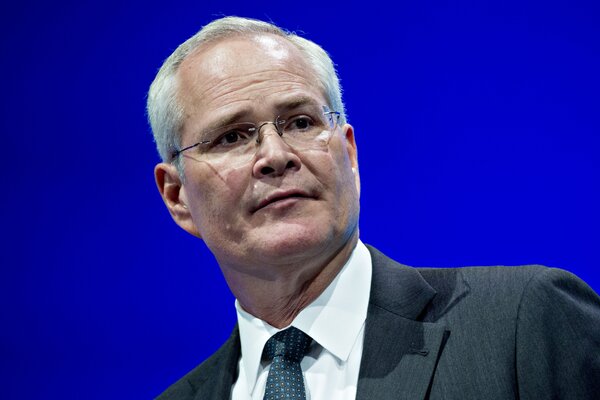 HOUSTON — Darren W. Woods rarely makes headlines even though he is the chief executive of Exxon Mobil, the oil company that some people consider a top environmental villain and others think of as a vital engine of the U.S. economy.

Few have taken seriously, or even noticed, that he is beginning to make promises to respond to climate change, which is at the very least a rhetorical break from his predecessors if not a substantive one.

“What society demands, and appropriately so, is affordable, reliable energy that doesn’t have the emissions associated with today’s energy systems,” he said on Tuesday. “We’re working on that evolution.”

While that might seem like a guarded statement, Mr. Woods, a soft-spoken electrical engineer from Wichita, Kan., is clearly changing the tone of the company, which he took over four years ago. The Texas swagger employed by his predecessors, one of whom openly dismissed concerns about climate change, has turned into something vaguely philosophical.

In an interview meant to be a curtain raiser to an annual presentation that executives will offer financial analysts and investors on Wednesday, Mr. Woods, 56, waxed poetic about the history of technology and the energy industry and even suggested there was common ground between his plans to reduce emissions and President Biden’s efforts to fight climate change. He went so far as to promise that Exxon would try to set a goal for not emitting more greenhouse gases than it removed from the atmosphere, though he said it was still difficult to say when that might happen.

“We are supportive of that ambition, and our goal is to help society to achieve it,” Mr. Woods said. “Frankly, the recognition of the challenge is continuing to grow. It’s an evolving conversation that I find very helpful to think through what needs to happen.”