The brakes could be put on the UK’s accelerating electric vehicle sales because of a worldwide shortage of lithium needed for car batteries, experts have warned.

The importance of securing a supply of the vital metal was highlighted as carmakers pour billions of pounds into electrifying their future fleets.

It comes as the industry is already wrestling with a shortage of semiconductor chips. 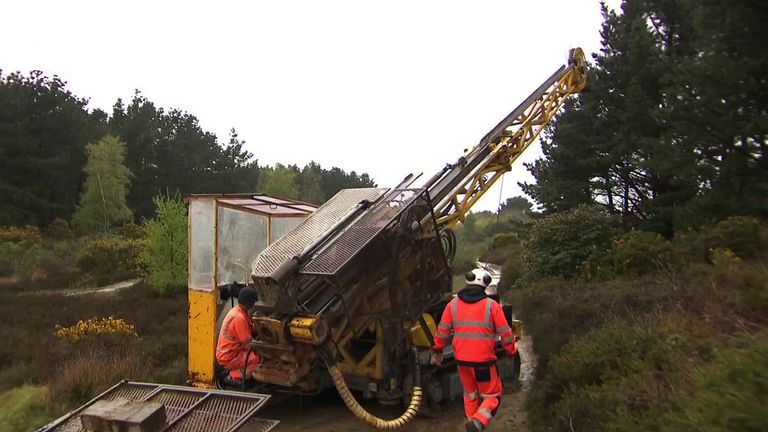 The UK is one of the fastest growing electric vehicle (EV) markets in Europe, with plug-in vehicles accounting for 11% of British sales.

According to the Society of Motor Manufacturers and Traders, battery electric vehicle sales rose 186% to 108,000 last year, while plug-in hybrid electric vehicles increased 91%.

Sky News revealed at the weekend that an EV manufacturer backed by Amazon and Ford was in talks with ministers about building a giant factory in the UK.

But it also reported earlier this year on concerns that Britain was playing “catch up” in the global race to source lithium, with less than a decade until sales of new petrol and diesel cars are banned.

The UK, which has committed to cut emissions to net zero by 2050, currently has no commercial lithium production and the industry is in its infancy.

Meanwhile, the call for materials critical for new green technologies is soaring worldwide.

Many point to the torrential rainfall and severe flooding seen in the UK and other parts of the world as underlining the urgent need to tackle climate change. 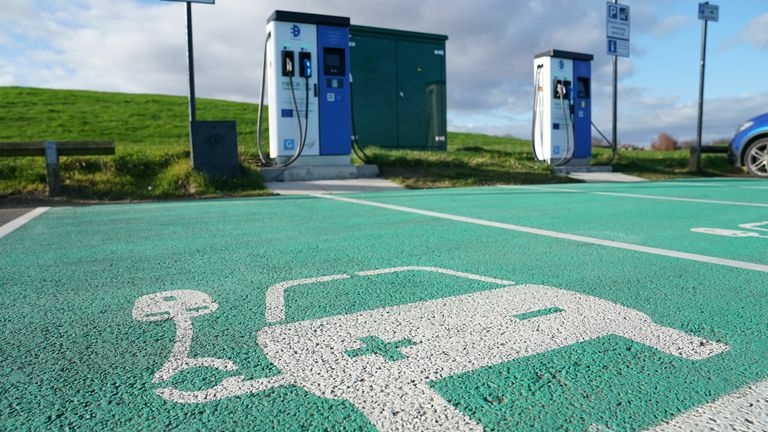 With the typical mine producing 30,000 tonnes per year of lithium, this means the market needs approximately four new mines a year to keep pace with demand.

But experts point out it takes up to seven years to find, set up and put a lithium mine into production.

He added: “On top of sales, UK auto manufacturers risk being left behind by their Chinese, US, German, and Japanese auto peers who are in a race to ensure they have their electric supply chain in place for the rest of the decade.”

Mr Berry added: “Success with this transformation rests with ensuring a secure supply of battery raw materials including lithium.”

The bulk of the lithium for UK electric vehicles is currently coming from Australia and South America.

Subscribe to ClimateCast on Spotify, Apple Podcasts, or Spreaker.

Lithium producer Ana Cabral-Gardner, co-chairman of Canada’s Sigma Lithium, said: “The race is on to meet increasing demand for high-quality lithium that is environmentally produced at a low-cost before a potential deficit for the mineral.

“The world is accelerating efforts to go green faster than the mining industry is able to sustainably produce battery quality lithium.”

It follows concerns at Westminster that the UK’s charging network needs significant improvement, especially for households with no off-street parking.

MPs have also stressed the need for charging to be fair, with public power points significantly more expensive than domestic tariffs.