TARBES, France (Reuters) – At the airport of Tarbes in France, row upon row of empty jets in liveries from Asia to Africa sit nose to tail on the tarmac, waiting out the coronavirus crisis in the foothills of the Pyrenees. 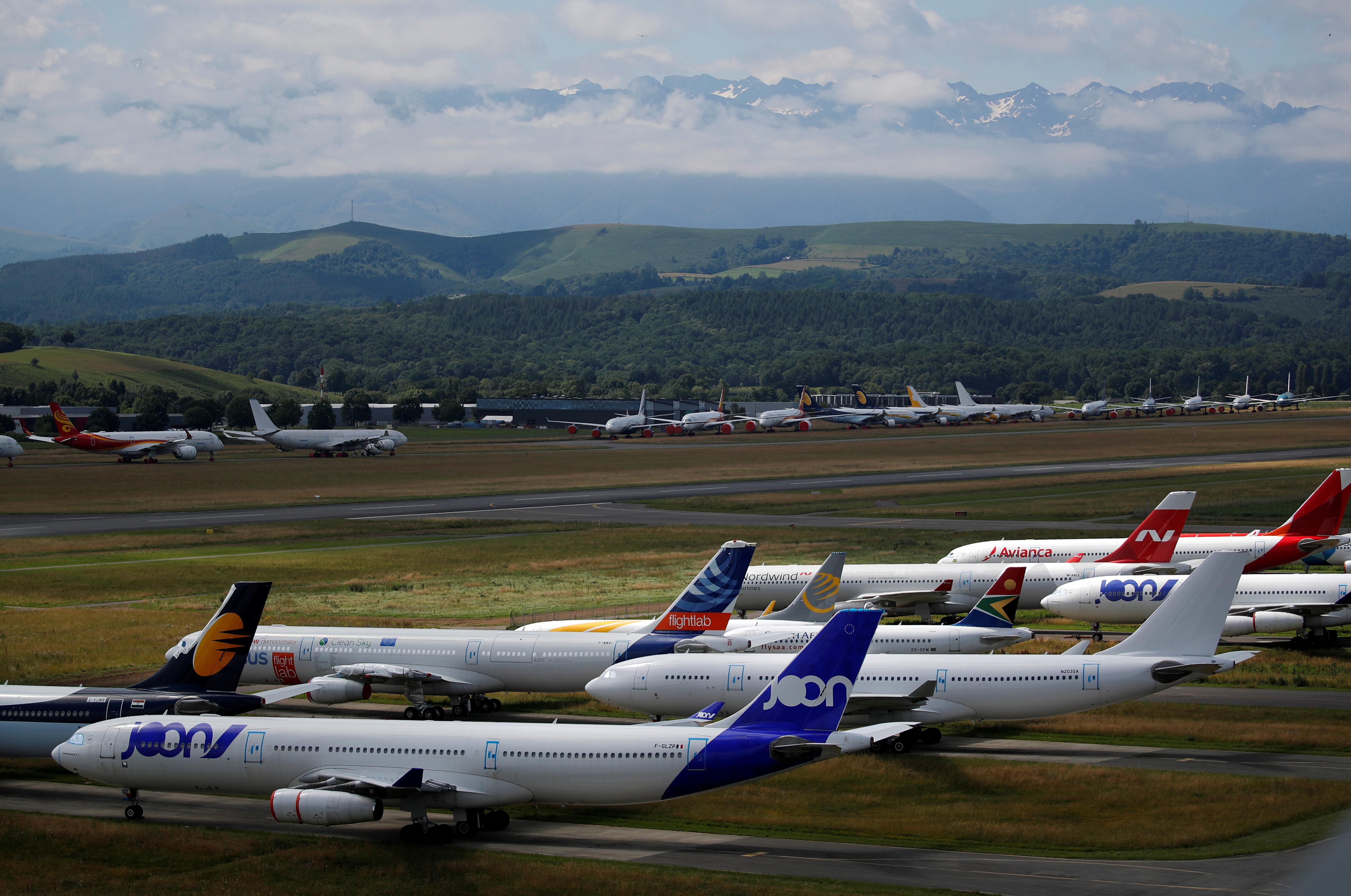 Air travel has tumbled to a fraction of normal levels due to the pandemic, grounding about two thirds of the world’s fleet and stretching Europe’s largest aircraft storage company.

“Today there’s no (travel) demand. That is why we have more than 200 aircraft on our sites,” said Patrick Lecer, chief executive of TARMAC Aerosave, headquartered at Tarbes. The previous record for planes stored by the company was 150.

The crisis has turned the picturesque airport into a refuge for the industry’s biggest jets, symbols of globalisation now looking out of their element amidst green farmland. The terminal serving pilgrims for nearby Lourdes remains almost empty.

In the high-risk airline business, where brands come and go with little warning, Lecer is used to having to be flexible, finding space for aircraft on behalf of mainly leasing clients.

But the speed of the airline industry meltdown put the firm on an emergency footing as airlines sought space worldwide.

“I got called on a Saturday night by one client who said the plane is in the air and arriving with you tomorrow morning,” Lecer said.

Most new arrivals go in “active” parking, ready to fly at short notice. Hydraulics are drained, moving parts get a coat of grease and fuel tanks are left 10% full to prevent seals drying.

After three months, aircraft must leave or go into longer-term storage, which includes protecting cabins and engines with bags of silica gel, like the sachets used to pack electronics.

“There is a risk of defaults, and if there are defaults airplanes will be recovered by their owners,” Lecer said. When that happens they get parked again until new operators emerge.

TARMAC was set up to recycle jets by owners Airbus, Safran (SAF.PA) and SUEZ (SEVI.PA), but most revenue comes from parking jets between lease contracts, combined with maintenance.

TARMAC has boosted existing capacity at Tarbes by 25% through optimisation and is in talks with European airports to add more stand-by space, Lecer said.

It recently added a fourth storage site at Vatry in eastern France on an ex-NATO fighter dispersal base. Now civil airliners wait out the pandemic there, with Airbus (AIR.PA) predicting it will take 3-5 years for air traffic to return to normal.