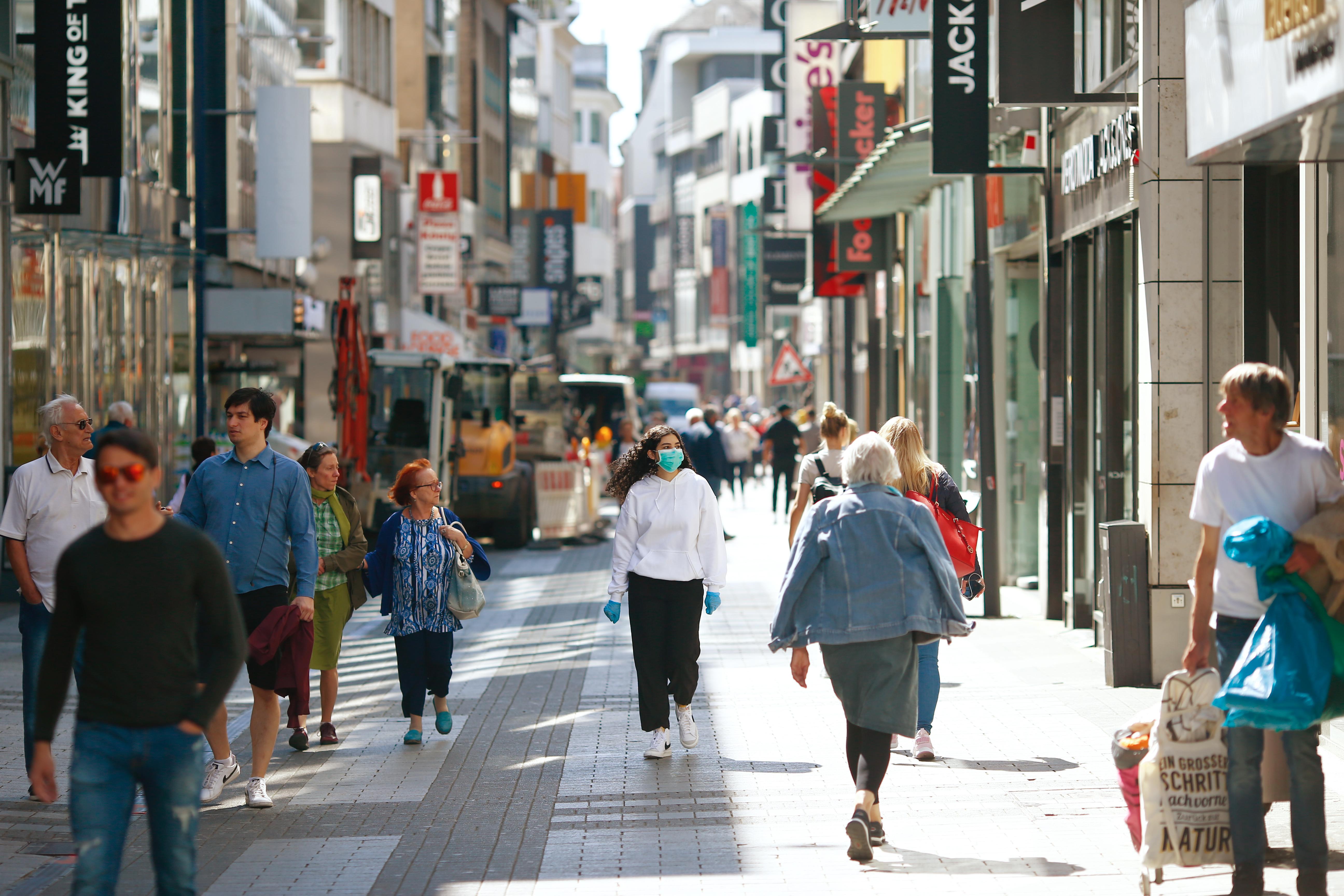 BRUSSELS (Reuters) – A plunge in household spending and investment pulled down euro zone gross domestic product in the first quarter as the COVID-19 pandemic struck, but the fall was slightly smaller than first estimated, the European Union’s statistics office said.

Eurostat said GDP of the 19 countries sharing the euro contracted 3.6% quarter-on-quarter for a 3.1% year-on-year fall. Economists polled by Reuters had expected a reading in line with Eurostat’s own initial estimates in mid-May of a 3.8% quarterly and a 3.2% annual contraction.

The statistics office said that of the total fall in the GDP, household consumption was responsible for 2.5 percentage points and investment for 1 points of GDP.

The contribution from trade was also negative at a net -0.4 points. Lower government spending, before states ramped up their response to the pandemic, also took away 0.1 points while growing inventories added 0.3 points.

Eurostat said the trade transport and hospitality sector as well as arts and entertainment were hit the most with a 6.8% drop quarter-on-quarter as most euro zone countries locked down their economies during March to slow down the spread of the virus.

Euro zone agriculture, forestry and fishing as well as financial and insurance activities suffered least in the first quarter, both sectors contracting by only 0.8% against the previous three months.

Employment fell 0.2% quarter-on-quarter in the January-March period in the 19 countries sharing the euro for a 0.4% year-on-year increase.