NEW YORK (Reuters) – Investors are bracing for more turbulence in U.S. stocks, as some states prepare to reopen their economies and global trade tensions rise. 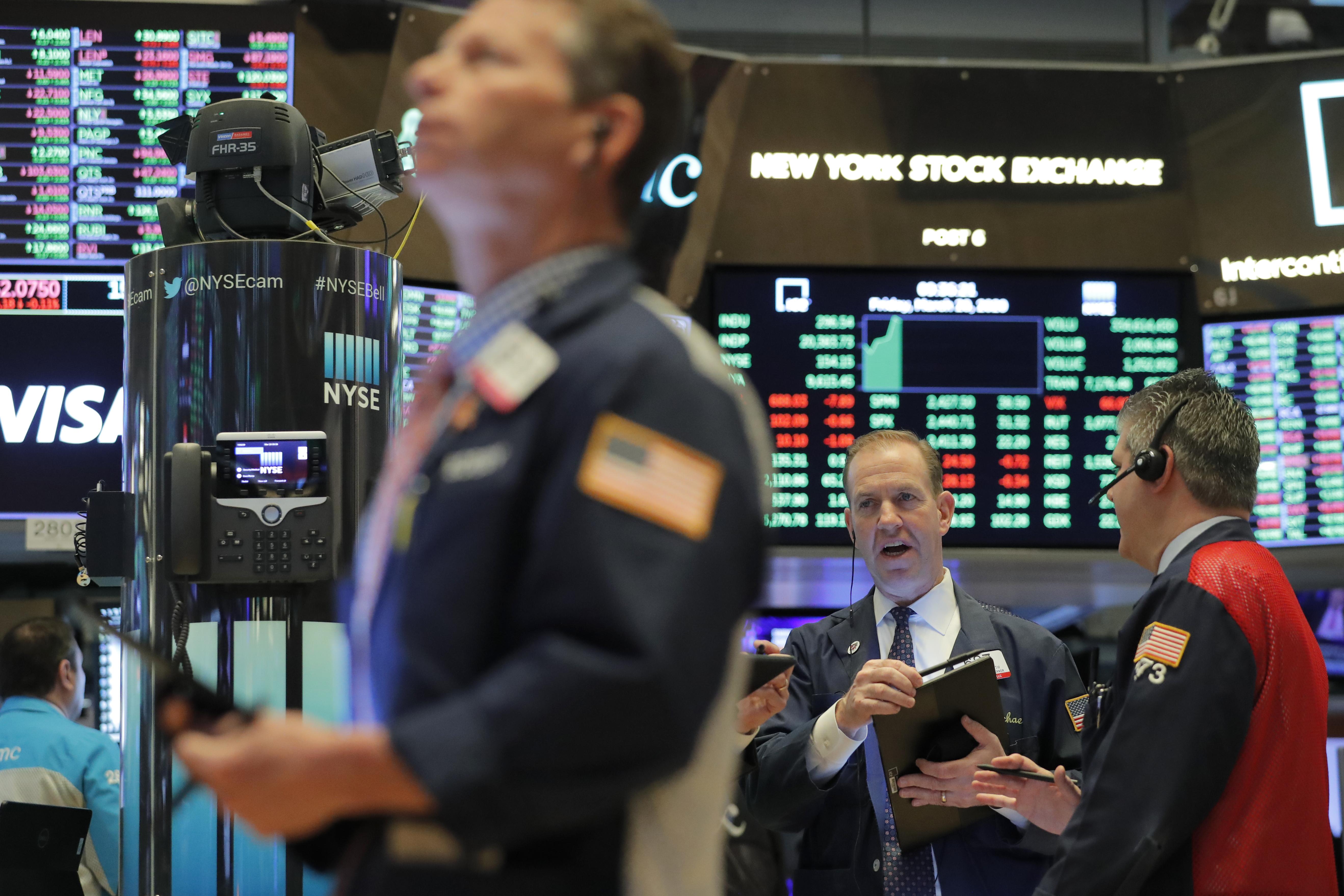 Whether recent losses in stocks resulted from profit taking after April’s swift rally or were the start of a prolonged decline may become more apparent in weeks to come, investors said.

Many are watching progress of U.S. states trying to reopen their economies without fueling a resurgence in coronavirus cases. Parts of New York, Virginia and Maryland moved toward lifting lockdowns on Friday, and Connecticut and Minnesota are set to ease restrictions in the coming week.

“We don’t know what the new normal will be,” said Alessio de Longis, portfolio manager at Invesco. “The managing of expectations will lead to some false steps along the way.”

For now, a pile-up of worrying domestic and international news prompted investors to pull back on equities after the S&P 500 in April notched its best monthly gain in decades.

U.S. President Donald Trump has ratcheted up rhetoric on China, floating the possibility of cutting ties with the world’s second-largest economy. The White House on Friday moved to block shipments of semiconductors to Huawei Technologies Co Ltd [HWT.UL] from global chipmakers, which could put pressure on a global economy already suffering its deepest contraction in decades.

Hopes for a speedy return to normal took another hit when California’s state university system canceled classes for the fall semester because of the coronavirus and Los Angeles County said its stay-at-home order was likely to be extended by three months.

“What we’re seeing now is the wash of realism coming over the market,” said Shannon Saccocia, chief investment officer at Boston Private.

The VIX on Monday touched its lowest level since late February before reversing course as expectations for market volatility grew later in the week.

Concerns over economic reopening are reflected in the VIX futures curve, which shows investors betting volatility will be elevated in coming weeks, rather than later in the summer, said Christopher Murphy, co-head of derivatives strategy at Susquehanna Financial Group.

The curve has fluctuated in shape over the past week. On Tuesday, front-month VIX futures VXc1 traded at higher prices than futures expiring in subsequent months, reflecting heightened concern over near-term conditions. While that is no longer the case for now, VIX futures are broadly pricing in higher volatility than they were a week ago.

Several investors are positioning for further turbulence by shunning value sectors such as energy and financials in favor of technology and healthcare, two areas that have held up relatively well during recent market turmoil.

Investors will also watch the U.S. Treasury Department’s first auction for its 20-year bond on Wednesday. Treasury plans to borrow a record amount of nearly $3 trillion this quarter.

Some investors said they were likely to keep equities at a slight underweight in their portfolios given the likelihood of further declines.

Dave Lafferty, chief market strategist at Natixis Investment Managers, believes the recent stock rally did not factor in the likelihood of businesses operating below their usual capacity even if states reopened their economies.

“Yes, there’s going to be a strong growth rate from the bottom, but the place we’re getting back to is going to be subpar for a while,” Lafferty said. “Are stocks priced for subpar growth? I think they aren’t.”