Jaguar Land Rover has committed to keep all three of its British plants open in the drive for all its models to be fully electric by the end of the decade.

The major shift forms a key plank of the carmaker’s plan to become a net zero carbon business by 2039.

The firm, owned by India’s Tata Motors, said the Jaguar brand will lead the way with a complete electric vehicle range by 2025. 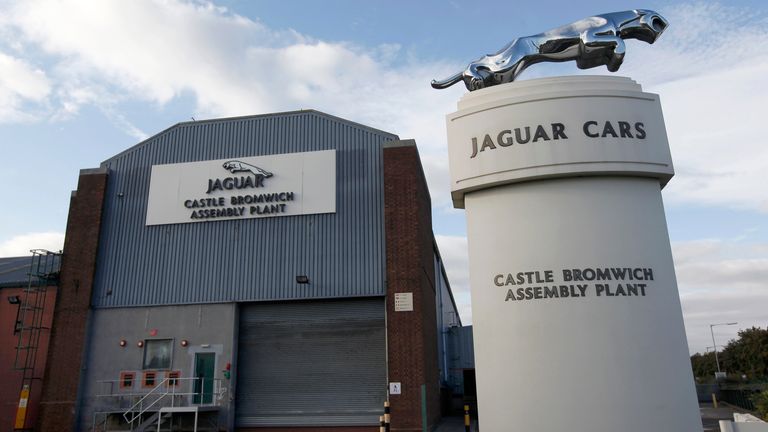 Land Rover’s first electric vehicle is due to arrive by 2024 and will form the initial step into a six-strong model line-up.

Known for its iconic, high-performance E-Type model in the 1960s and 1970s, Jaguar faces the challenge of many other manufacturers in developing zero-emission models to get ahead of looming bans on sales of new fossil-fuel vehicles, while retaining the feeling and power of a luxury combustion engine model.

JLR said that as it electrifies its model range, it will keep all three of its UK sites open.

However, Thierry Bollore, who took over as chief executive in September, said the company’s Castle Bromwich plant Birmingham would focus on “non-production” activities in the long term, but provided no further details.

Announcing the electrification plan, he said: “It’s time to re-imagine the next chapter for both brands… British brands steeped in a rich tapestry of timeless designs.”

He added: “Together, we can design an even more sustainable and positive impact on the world around us.”

JLR said it will spend around £2.5bn annually on electrification technologies and development of linked vehicle services.

Shares in Tata Motors rose as much as 3% after the announcement.

JLR said it was also investing in developing hydrogen fuel cells in anticipation of a future change to shift to power vehicles.

The carmaker said it will have prototypes using hydrogen fuel cells on Britain’s roads within the next year as part of a long-term investment plan.

A number of countries have also announced bans on new fossil-fuel vehicle sales.

Boris Johnson confirmed last year that sales of new petrol and diesel cars and vans would be phased out by 2030, as part of his 10-point plan for a “green industrial revolution”.

In November, luxury car brand Bentley Motors, owned by Germany’s Volkswagen, said its model range will be fully electric by 2030.

Last month, General Motors Co said it aimed to have a zero-emission line-up by 2035.

Mike Hawes, chief executive of the Society of Motor Manufacturers and Traders (SMMT), hailed the announcement by JLR – the UK’s largest automotive business – as “an injection of confidence into the wider sector”.

He said: “Its roadmap to a future that is built around sustainability, with electrified and hydrogen models as well as investment in connected and digital technologies, aligns with government ambition and increasing consumer expectations.

“Delivering this ambition, however, will require the UK to improve its competitiveness.

“The UK automotive industry is essentially strong, innovative and agile, but the global competition is fierce.

“Government must ensure advanced manufacturing has its full support… Every effort must be made to create the conditions that will enable the entire sector to flourish.”