Savannah Benavidez stopped working at her job as a medical biller in June to take care of her 2-year-old son after his day care shut down. Needing a way to pay her bills, she created an account on OnlyFans — a social media platform where users sell original content to monthly subscribers — and started posting photos of herself nude or in lingerie.

Ms. Benavidez, 23, has made $64,000 since July, enough not just to take care of her own bills, but to help family and friends with rent and car payments.

Lexi Eixenberger was hoping for a similar windfall when she started an OnlyFans account in November. A restaurant worker in Billings, Mont., Ms. Eixenberger, 22, has been laid off three times during the pandemic and was so in need of cash by October that she had to drop out of dental hygiene school. After donating plasma and doing odd jobs, she still didn’t have enough to pay her bills, so at the suggestion of some friends, she turned to OnlyFans. She has made only about $500 so far. 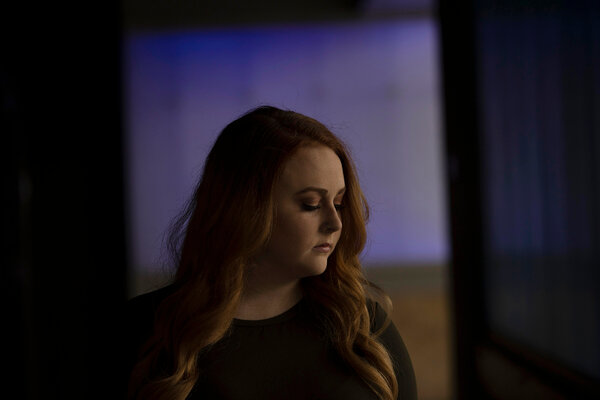 OnlyFans, founded in 2016 and based in Britain, has boomed in popularity during the pandemic. As of December, it had more than 90 million users and more than one million content creators, up from 120,000 in 2019. The company declined to comment for this article.

With millions of Americans unemployed, some like Ms. Benavidez and Ms. Eixenberger are turning to OnlyFans in an attempt to provide for themselves and their families. The pandemic has taken a particularly devastating toll on women and mothers, wiping out parts of the economy where women dominate: retail businesses, restaurants and health care.

But for every person like Ms. Benavidez, who is able to use OnlyFans as her primary source of income, there are dozens more, like Ms. Eixenberger, who hope for a windfall and end up with little more than a few hundred dollars and worries that the photos will hinder their ability to get a job in the future.

“It is already an incredibly saturated market,” Ms. Jones said of explicit content online. “The idea that people are just going to open up an OnlyFans account and start raking in the dough is really misguided.”

But many of the creators who have joined the platform out of dire financial need do not have large social media followings or any way to drum up consistent business.

Elle Morocco of West Palm Beach, Fla., was laid off from her job as an office manager in July. Her unemployment checks don’t cover her $1,600 monthly rent, utility bills and food costs, so she joined OnlyFans in November.

But Ms. Morocco, 36, had no social media presence to speak of when she joined the platform, and has had to gain subscribers one by one — by posting pictures of herself on Instagram and Twitter, and following up with people who like and comment on her posts, encouraging each one to subscribe to OnlyFans. It’s more challenging and time consuming than she expected, and less financially rewarding.

She has made just $250 on the platform so far, despite sometimes spending upward of eight hours a day creating, posting and promoting her content.

Ms. Morocco also worries that her presence on the platform will make it more difficult for her to be hired for traditional jobs in the future.

“If you’re looking for a 9 to 5, they might not hire you if they find out you have an OnlyFans,” she said. “They may not want you if they know you’re a sex worker.”

Digital sex work can give the illusion of safety and privacy — content creators can get paid without having to interact with clients in person. But that doesn’t mean there aren’t risks.

“Online sex work is a much more appealing alternative to many people than going on the streets or selling direct sexual services,” said Barb Brents, a professor of sociology at the University of Nevada, Las Vegas. “That said, anybody getting into this kind of work needs to be aware that there are dangers.”

Last April, a mechanic in Indiana lost her job at a Honda dealership after management learned she had an OnlyFans account. Creators can be the target of “doxxing” — a form of online harassment in which users publish private or sensitive information about someone without permission. In December, The New York Post published an article about a New York City medic who was using OnlyFans to supplement her income. The medic believed that the article, published without her consent, would damage her reputation and get her fired from her job.

Creators can also be subject to “capping,” a practice in which users take unauthorized screenshots or recordings and then share them elsewhere on the internet. OnlyFans creators have also received death and rape threats on social media.

OnlyFans content creators can face not just professional consequences but personal ones, too. Ms. Eixenberger has been keeping her account secret from her father, but knows he will find out now that she has gone public. “I don’t want to be shamed or disowned,” she said.

Others say the experience has been empowering. Melany Hall, a single mother of three, earns $13.30 an hour as a paramedic in northern Ohio, barely enough to cover her bills. She started an OnlyFans account in December.

“I’m a mom of three kids. I never thought anyone would pay to see me naked,” said Ms. Hall, 27. “It’s been a confidence boost.”

She has made about $700 so far — not enough to change her life, but enough to make the holidays special.