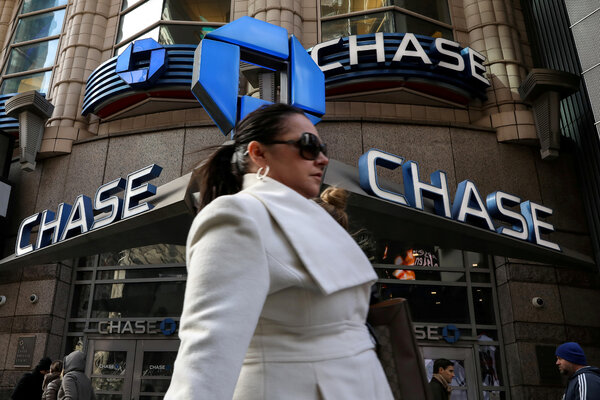 It is America’s biggest lender by assets. And for the first time, JPMorgan Chase is planning to expand its consumer-banking operations abroad, announcing on Wednesday that it will offer checking accounts in Britain later this year.

The business, which will operate via a mobile app under the Chase name, plants the firm’s flag in an increasingly crowded market as JPMorgan looks to expand its financial technology offerings. It already has hired 400 employees in the country.

In the future, the bank may offer other banking products, like credit cards and mortgages, according to a person briefed on the matter.

JPMorgan itself has had a presence in Britain for more than 160 years, but only as a commercial lender, investment bank and asset manager. That lack of a consumer operation has meant that American employees of JPMorgan who moved to Britain had to open accounts at lenders like HSBC. Few of JPMorgan’s American rivals have a retail banking operation in Britain, aside from Citigroup and Goldman Sachs’s Marcus arm.

But Britain has become a haven for digital “challenger” banks seeking to chip away incumbents like HSBC, Barclays and Natwest. Among them are Monzo, which says it has nearly 5 million customers, Starling and Revolut.

“The U.K. has a vibrant and highly competitive consumer banking marketplace, which is why we’ve designed the bank from scratch to specifically meet the needs of customers here,” Gordon Smith, the chief executive of JPMorgan’s consumer banking arm, said in a statement.

One advantage in running a digital operation is not having to manage an array of expensive physical bank locations. In recent years, JPMorgan and other American lenders have been winnowing their branch networks.

JPMorgan briefly ran an online-focused banking app, Finn, in the United States, but shuttered the project in 2019 after just a year. Nevertheless, the bank is focused on expanding its so-called fintech offerings, amid competition from rivals on a number of fronts.