SEOUL (Reuters) – Even with unemployment spiking as the coronavirus pandemic swept South Korea in February, Baek Seung-min asked his wife to quit her nursing job to help reach a dream they had spent a lifetime chasing: buying their own apartment. 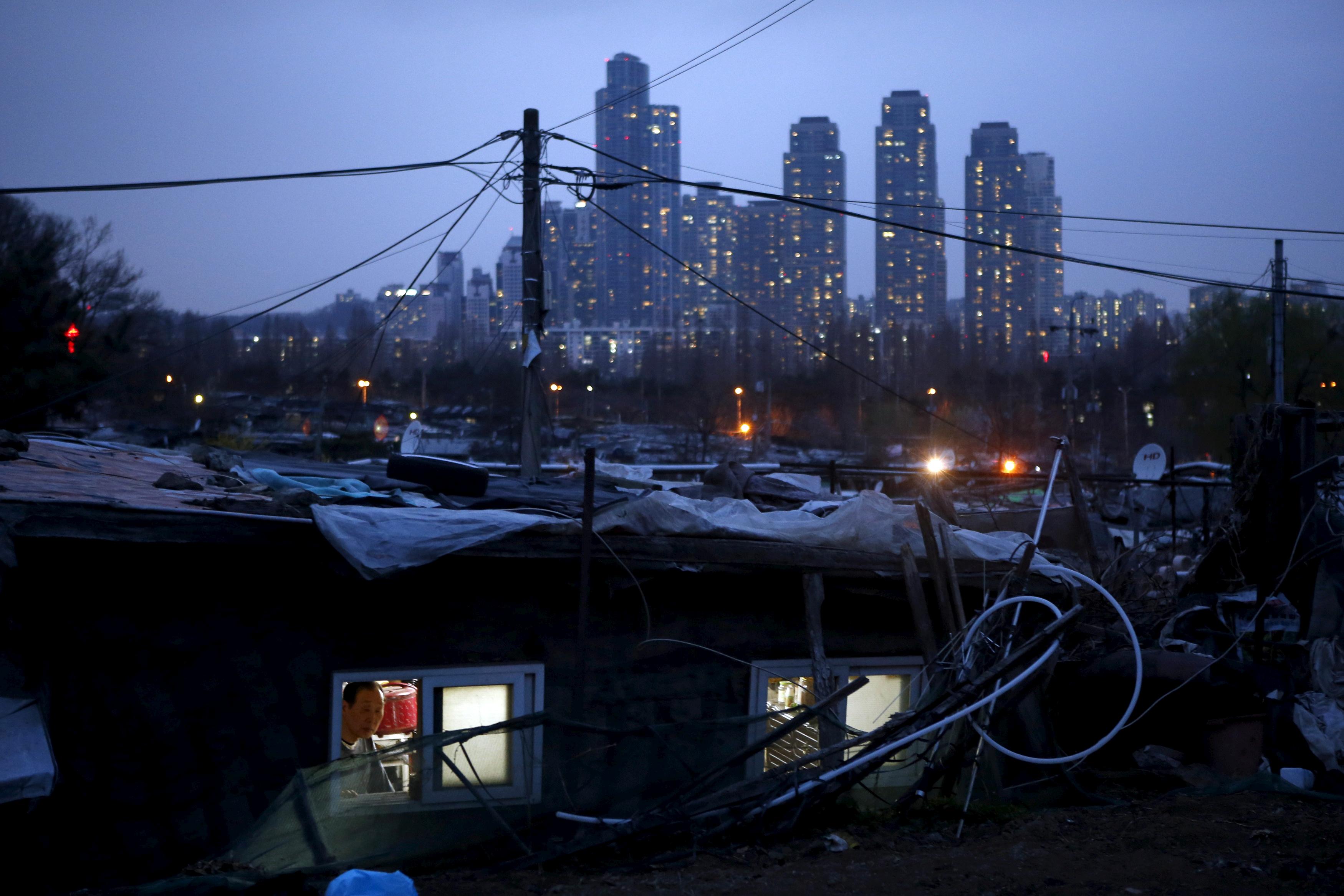 The 35-year-old interior designer said giving up his wife’s 58 million won ($48,000) salary would improve their chances of securing a property after the government introduced a host of measures aimed at cooling rampant property prices.

The unusual plan was to cut his wife’s income for a while so the couple’s annual earnings were low enough to be eligible for a quota system in new property developments designed to give more low-income newlyweds access to housing.

Even so, Baek and his wife decided to settle two hours west of his Seoul workplace in Incheon, where borrowing rules were looser and apartments far cheaper.

“Seoul home prices grew way out of reach, we had to go all the way to Incheon to buy our place,” Baek said. “The government is crushing our dreams when they curb loans and tell us not to buy homes, it enrages me.”

Despite more than 20 cooling policies introduced by President Moon Jae-in’s government, home prices in Seoul have risen more than 50% since 2017, the fastest pace in the world, according to statistics site Numbeo.

The surge has dashed the hopes of many young families and signalled that the “middle class contract” that helped build Asia’s fourth-largest economy may have slipped out of reach.

When the left-leaning Moon took office in 2017, his central promise was to create a level playing field for all South Koreans and a society where hardworking people could raise a family and afford a home.

But tighter mortgage rules featuring vastly lower loan-to-value ratios, along with various tax penalties to discourage speculative transactions, are contributing to higher rents and larger down payment requirements – hurting those the policies are intended to help.

Mortgage rules for Seoul now cap borrowing at 40% of the value of the home. Pockets of the glitzy suburb of Gangnam are also subject to a transaction permit system, meaning sales without a permit can be made invalid if a purchase is considered “speculative”.

Critics say such policies mean the “gold spoon” children of the wealthy can snap up the best homes with their cash, leaving “dirt spoons” trapped as second-class citizens – fuelling the inequality Moon promised to tackle.

While some families are cutting their incomes to improve their chances of getting a boost onto the property ladder, others are getting divorced on paper to reduce real estate taxes or not registering their marriage to keep separate home-buying applications, according to two lawyers and a tax accountant Reuters spoke to.

Anger at Moon’s economic policies has wiped out a surge in his approval ratings from the handling of the coronavirus pandemic, slipping back to a near nine-month low of 44.5%, according to a Real Meter survey on Thursday.

The Presidential Blue House declined to comment for this article.

For decades following the 1950-53 Korean War, South Koreans saw a degree from a top university and an apartment in Seoul as the fastest way to the middle class, which explains why about three-quarters of household wealth is concentrated in real estate.

But now, “dirt spoons” who studied hard and secured white-collar jobs such as lawyers and interior designers say the cooling measures Moon introduced have made it impossible for them to buy a property in Seoul even with a six-figure salary.

Hong Na-ri, a lawyer who rents a three-bedder with her twin daughters and husband in Seoul, says her family is priced out of the property market.

The price of the flat Hong has been renting in Seoul’s Songpa neighbourhood has more than doubled to 1.8 billion won since she moved to the area in 2015.

“When I got married (in 2015) I believed prices will go down…now everyone asks me why didn’t buy one when I could. It makes me anxious, but there is nothing I can do,” said the 35-year-old, whose combined household income ranges from $6,700-$10,000 a month.

“It’s not like I can move outside of Seoul, away from our babysitter, preschool, and my job.”

Moon is trying to fix structural problems in the economy.

He has sought to rein in the powerful chaebol conglomerates such as Samsung and Hyundai, which have seen their profits far outstrip household income growth. Tighter mortgage rules were introduced because the easier credit available under his predecessor was blamed for initially stoking the housing bubble.

Yun Chang-hyun, a conservative economist and member of parliament for the opposition United Future Party, says the government’s approach is creating more uncertainty about future.

“More than 20 separate set of measures without success has caused stress and anxiety among people they must buy something now or never.”