Facing mounting pressure about its role in the opioid crisis, McKinsey has taken the unusual step of acknowledging that its work with Purdue Pharma fell short of its standards and vowed a full internal review of its actions, including the possible destruction of documents.

Criticism of the world’s most prestigious consulting firm has intensified since The New York Times reported last month that McKinsey had discussed ways for Purdue to “turbocharge” sales of its drug OxyContin, proposing that it pay distributors rebates for overdoses linked to the pills they sold. Lawmakers — both Democrats and Republicans — have called for McKinsey to be investigated, and a prominent physician employed by the firm said executives who knew of this work should resign.

Two senior partners at McKinsey discussed whether to purge records related to Purdue, according to documents recently filed in connection with the drugmaker’s bankruptcy proceedings. McKinsey rarely acknowledges mistakes and has never before accepted responsibility for helping Purdue sell more opioids, even as hundreds of thousands of people were abusing the highly addictive painkiller. The firm said that it had stopped advising clients worldwide on the opioid business and that it was cooperating with “opioid-related investigations.”

“As we look back at our client service during the opioid crisis, we recognize that we did not adequately acknowledge the epidemic unfolding in our communities or the terrible impact of opioid abuse and addiction on millions of families across the country,” McKinsey said in a statement published on its website on Saturday.

The firm continued: “We have been undertaking a full review of the work in question, including into the 2018 email exchange which referenced potential deletion of documents. We continue to cooperate fully with authorities investigating these matters.”

Purdue recently pleaded guilty to criminal charges, including defrauding federal health agencies and paying illegal kickbacks to doctors. McKinsey has not been charged or sued for its work with opioids, and there is no evidence that the rebate program was enacted.

A McKinsey spokesman said the rebates were not intended to boost sales. Any suggestion that McKinsey sought to increase overdoses or abuse is wrong, the firm said in its statement. “That said, we recognize that we have a responsibility to take into account the broader context and implications of the work that we do. Our work for Purdue fell short of that standard.”

In a statement this fall, Purdue said it “deeply regrets and accepts responsibility” for misconduct involving its marketing of OxyContin.

From 1999 to last year, almost 450,000 Americans died from overdoses involving opioids, according to the Centers for Disease Control and Prevention. When Purdue introduced OxyContin, it was one of the most addictive prescription painkillers on the market.

The new disclosures have caused some current and former McKinsey employees to speak out.

Dr. Dina Marie Pitta, a physician at McKinsey, wrote a widely distributed email to her colleagues late last month, saying recent news coverage made it clear that the firm “needs to transform, rather than remediate.”

Dr. Pitta concluded: “Systems, not people, must change to avoid future failures, yet the leadership involved knew the great potential for harm and were complicit. This leadership should take accountability for their role, including resignation from the firm, without a parachute package upon departure.”

One former consultant aimed his ire at the two senior partners The Times identified as overseeing work with Purdue — Martin Elling and Dr. Arnab Ghatak, a physician — who helped drive OxyContin sales amid the crisis and, after Massachusetts sued Purdue and some of its board members, exchanged emails discussing the possible document purge.

“It appeared to me that through vigorously promoting this crime against humanity, these senior consultants have come close to producing that much feared lethal blemish on the great McKinsey name,” Eran Zimmerman, who worked as an associate at the firm from 2001 to 2003, wrote in an open letter that he posted on LinkedIn.

McKinsey’s role in helping Purdue push OxyContin drew harsh rebukes from lawmakers. Senator Josh Hawley, Republican of Missouri, sent a letter last week to Kevin Sneader, McKinsey’s global managing partner, asking the firm to answer by Dec. 15 whether it destroyed the documents and provide additional information, including how much money it earned for its work with Purdue. 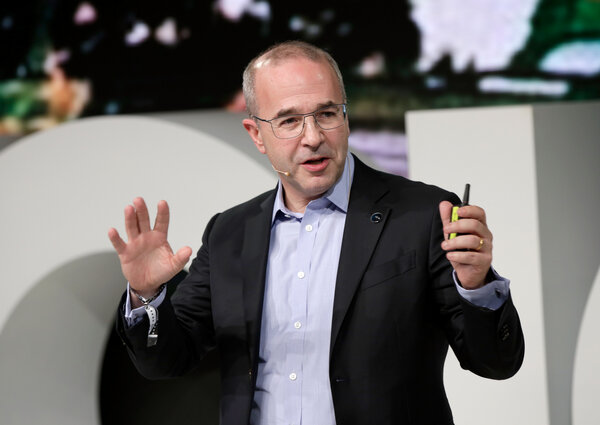 “In light of McKinsey’s possible active role in driving the opioid crisis, Congress must consider whether to impose obligations on consulting firms to report criminal activity or specific criminal penalties for consultants playing a role in federal crimes,” Mr. Hawley wrote.

Senator Brian Schatz, Democrat of Hawaii, wrote in a Twitter post shortly after the Times article in November that it was “essential that the next Attorney General pursue all of these criminals.”

Phil Murphy, New Jersey’s Democratic governor, told reporters last month that McKinsey’s work with Purdue was “beyond the pale,” particularly its proposal that Purdue pay pharmacy companies like CVS rebates when their customers overdosed on OxyContin. But he said that McKinsey’s extensive work with the state would continue.

Mr. Elling and Dr. Ghatak did not respond to emails seeking comment. Mr. Elling was for years based in New Jersey, where McKinsey has a large office serving the many pharmaceutical companies in the state, some of which are among McKinsey’s biggest clients. But his profile page on McKinsey’s website in recent days showed that he had transferred to Bangkok. Thailand is a relatively small market for the firm.

Dr. Ghatak, a senior partner at McKinsey since 2000 who has also worked in New Jersey, has a medical degree from the University of Pennsylvania. At McKinsey he wrote about the need to improve health care in developing countries.

In the wake of several widely publicized reports involving McKinsey’s work with controversial clients around the world, including authoritarian governments, the firm said it was taking steps to change the way it selected which projects to undertake.

“There are still numerous investigations and cases pending against the industry, you should not expect this will be the last time McKinsey’s work is referenced,” several of McKinsey’s top executives, led by Liz Hilton Segel, the managing partner for North America, wrote in a memo to employees hours after The Times published its article in November.

“While we can’t change the past, we can learn from it.”